Doctor Who invites two brave new companions into the TARDIS in preview photos from Friday’s Children in Need special.

The mini-episode introduces viewers to 9-year-old Doctor Who superfan Anna, who has been supported by Sebastian’s Action Trust. Along with Alex, Anna gets a chance to enter the TARDIS and visit with The Doctor’s companions Yaz (Mandip Gill), Ryan (Tosin Cole) and Graham (Bradley Walsh). 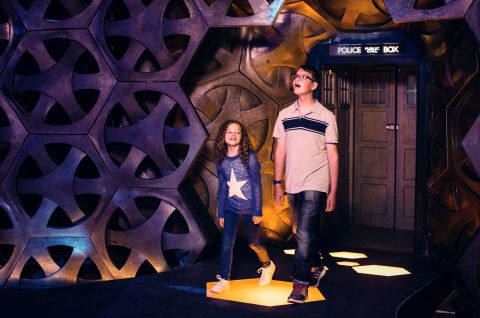 But the biggest surprise comes when The Doctor herself, Jodie Whittaker, arrives to surprise Anna and Alex with a tour around the TARDIS — and an encounter with some of the universe’s most terrifying monsters.

Yes, despite all of those claims from showrunner Chris Chibnall that there will be absolute no classic monsters this series, there’s still a full Zygon costume and an Ood at the ready in the show’s prop room alongside the new Emoji bots. Hmm… 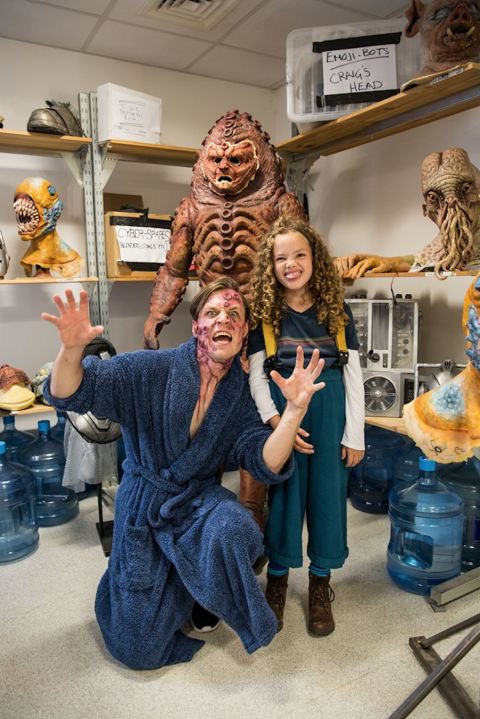 This Doctor Who film will air as part of a full night of special programming to raise money for the organisations funded by Children in Need.

The night will be presented by Graham Norton, Mel Giedroyc and the Humes, and feature a Strictly Come Dancing special with Boyzone, a preview of the Call the Midwife Christmas special and a Disney-themed EastEnders musical medley. 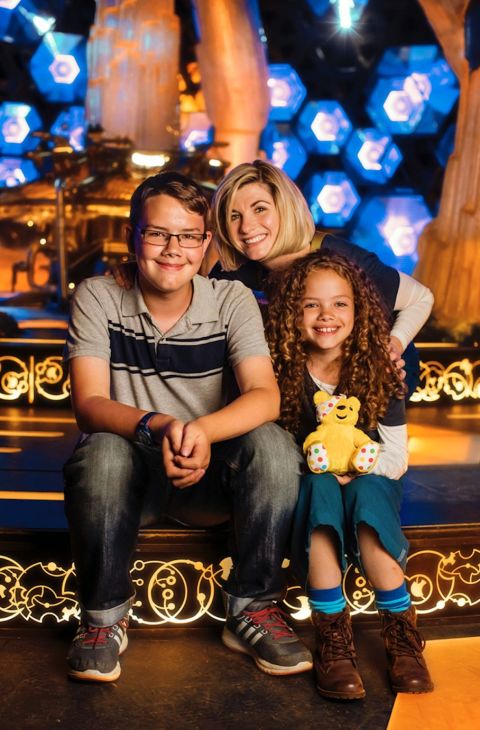 BBC Children in Need airs across BBC One and BBC Two beginning at 7pm on Friday night.