For a Doctor Who newbie, getting to grips with the television series – all 800+ episodes of it – can be daunting enough. But start branching out into spin-off material and that’s a whole different kettle of Jim the Fish.

On top of all the televised Who that the BBC has been putting out since 1963, for the past two decades, Big Finish Productions has been releasing its own Doctor Who stories (featuring original cast members) as audio plays.

If your experience of full-cast audio drama is limited to Radio 4’s The Archers, well, this is nothing like that. Big Finish’s output evokes almost every era of the Beeb’s long-running sci-fi, right down to authentic music and sound effects, and can be every bit as thrilling, emotional and scary as the television series.

But with hundreds of Doctor Who releases divided across dozens of different ranges, any fan tempted to try a Big Finish for the first time would forgiven for not knowing where to start.

That’s where we come in. Here are Digital Spy‘s recommended ‘jumping-on points’ for anyone yet to give BF a go… tTake a look, then get to listening!

The best of Big Finish 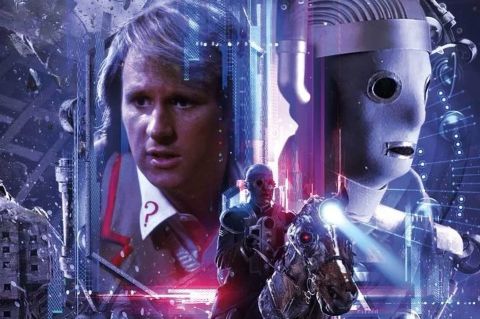 If you’re just looking to dip your toe in Big Finish waters, then you could do a lot worse than sampling some of their most popular releases from across 20 years.

Among their most celebrated plays is ‘Spare Parts’ – released in 2002, this story (written by Marc Platt, who also scripted the TV adventure ‘Ghost Light’) explores the origins of the Cybermen. Focusing on the plight of a single family, it brings a chilling domesticity to the tale of Earth’s doomed twin planet Mondas.

Peter Davison gives a belter of a performance, with the fifth Doctor unable to avert the genesis of one of his most enduring foes, and – as with many of Big Finish’s earliest Doctor Who releases – is available to stream on Spotify for free (providing you have a Spotify account, of course).

Remember the vintage Christopher Eccleston episode ‘Dalek’ from 2005? That was (loosely) inspired by another of Big Finish’s most acclaimed releases, 2003’s ‘Jubilee’, from the same writer Robert Shearman. 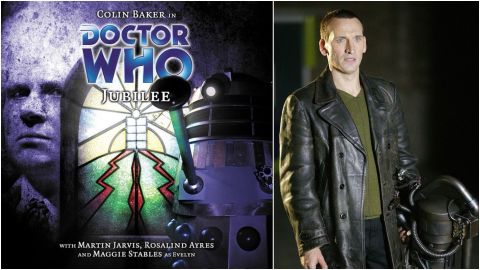 Both stories have the same basic hook, with the universe’s ‘last surviving’ Dalek being held captive by a powerful despot. But they’re otherwise very different, with ‘Jubilee’ having the sixth Doctor (Colin Baker) land in an alternate England that’s been utterly transformed in the aftermath of the “Great Dalek War of 1903”.

Finally, there’s 2002’s ‘The Chimes of Midnight’ – again, by Robert Shearman. Starring Paul McGann, this gothic ghost story is a festive treat, with the eighth Doctor becoming stuck in a terrifying time loop. It’s Christmas, 1906, and the residents of an Edwardian home are being brutally butchered, over and over again…

Almost 17 years after its release,’Chimes’ remains Big Finish’s most-lauded release. Ex-TV series boss Steven Moffat has publicly heaped praise on the play, naming it as one of his favourite Who stories – in any medium – in a 2013 column for Doctor Who Magazine.

(Like ‘Spare Parts’, ‘Jubilee’ and ‘The Chimes of Midnight’ are both available to stream on Spotify.)

Alternatively, you might be fond of a particular Doctor and want to try out a Big Finish with your best-loved incarnation.

Tom Baker began recording new audio stories as the fourth Doctor in 2011 – 30 years after originally departing the TV show. The first release in the Fourth Doctor Adventures range, ‘Destination: Nerva’, went on sale in January 2012, so we’d suggest you start there if you’ve got a hankering for some Tom.

Taking place immediately after 1977 TV story ‘The Talons of Weng-Chiang’, ‘Destination: Nerva’ returns the fourth Doctor to Nerva Beacon, the setting for 1975’s ‘The Ark in Space and ‘Revenge of the Cybermen’, where he battles an alien virus and mutated Victorian soldiers.

The entire story is again available on Spotify. 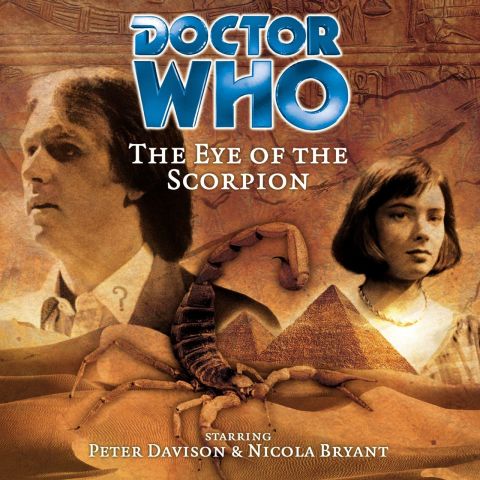 Or if you’re more of a Peter Davison fan, another early Big Finish release, 2001’s ‘The Eye of the Scorpion’, is a solid pick for your first listen. Set in ancient Egypt, this atmospheric historical adventure pits the fifth Doctor and Peri (Nicola Bryant) against a warlord chief and his army of mercenaries.

As well as being terrific fun, it’s also the first in a series of stories featuring new companion Erimem (Caroline Morris) which also includes the Three Musketeers-inspired ‘The Church and The Crown’, and ‘Son of the Dragon’, featuring a guest appearance from James Purefoy as the real Count Dracula!

(‘The Eye of the Scorpion’ is also available on Spotify. So what are you waiting for? Get your fifth Doctor on!)

If you’re an aficionado of Colin Baker’s TV era, or even if you’re not, you should absolutely dip into a Big Finish release or two featuring ol’ Sixie.

On television, the sixth Doctor was the victim of an aborted story arc, one which would have evolved the initially cranky and unstable incarnation into a more compassionate and heroic figure. With Baker given the boot from the series after just two series, his version of the character never got to achieve his full potential.

Until Big Finish stepped in, giving us a wealth of stories featuring the more matured sixth Doctor that Baker had always yearned to play. 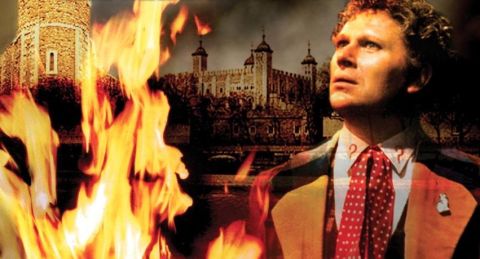 We’d suggest starting with ‘The Marian Conspiracy’ (again on Spotify) – the first of this Doctor’s outings with new companion Evelyn Smythe (Maggie Stables), this superb historical adventure takes us back to Tudor times, where our Time Lord must contend with the formidable Queen Mary and avoid ending up on the headman’s block.

Later outings for the Doctor / Evelyn pairing including the aforementioned ‘Jubilee’ and the fantastic ‘Bloodtide’, which sees them, and Charles Darwin, face off with classic foes, the Silurians. 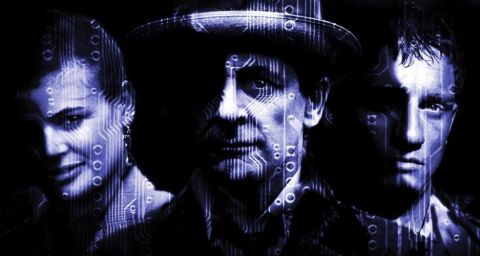 The best place to start with Big Finish’s seventh Doctor output is 2004 play ‘The Harvest’, a pacy, contemporary thriller that has Sylvester McCoy’s Time Lord and companion Ace (Sophie Aldred) encounter an old nemesis in London, 2021.

Expect body horror, chills and a new twist on an old favourite.

Like many of our suggested jumping-on points, ‘The Harvest’ – available to download from bigfinish.com for £2.99 – is the introductory story for a new companion, with nurse Hex (Philip Olivier) jumping aboard the TARDIS here and going on to appear in many more adventures. 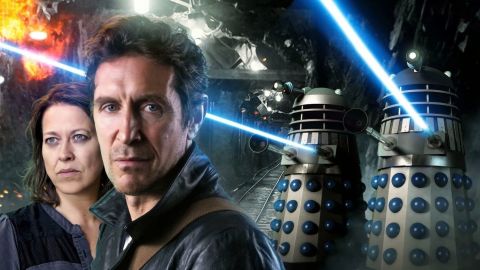 He might have been a one-and-done Doctor on television, but Paul McGann has recorded dozens of audio plays since signing up with Big Finish in 2000. In fact, the eighth Doctor has more stories than any other that would serve as suitable starting points for new fans.

You might want to begin with McGann’s first ever BF outing, 2001’s ‘Storm Warning’ – a rip-roaring 1930s adventure aboard an airship that features space aliens, saboteurs and, yes, a new companion, with India ‘voice of Masterchef‘ Fisher playing Edwardian adventuress Charley Pollard. (Again, it’s £2.99 to download.)

Or… you could start with 2007’s ‘Blood of the Daleks – Part 1’ (£8.99 to download). Originally broadcast on BBC Radio 7 and so designed specifically for new listeners, this play kicks off a new phase in the eighth Doctor’s exploits, with Sheridan Smith playing his no-nonsense pal Lucie Miller. (Oh, and ‘Blood’ features Hayley Atwell as a guest star – what’s not to love?) 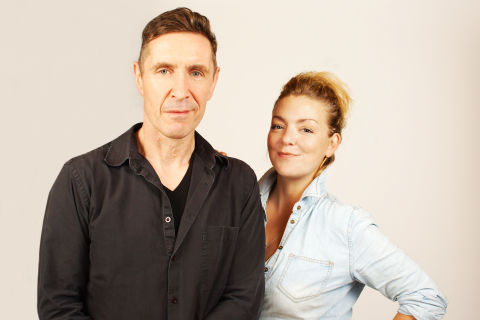 Then again, there’s the more recent series of McGann boxsets, each featuring four stories taking place later in Eight’s life, which kicked off with the award-winning ‘Dark Eyes’ in 2012 and feature TV’s Nicola Walker as companion Liv Chenka.

If you’re a child of the new series, then Big Finish’s tenth Doctor releases might be more your bag. Though they’re yet to convince Christopher Eccleston, Matt Smith or Peter Capaldi to step behind the microphone (one day!), David Tennant has recorded a number of audio plays from 2015 onwards.

The obvious place to start is with 2016’s The Tenth Doctor Adventures, Vol 1, which reunites Tennant with Catherine Tate as Donna Noble for a trilogy of new adventures, battling skeleton armies and space gangsters.

This followed in 2017 by Vol 2, with Billie Piper back as Rose Tyler – yes, Rose and Ten, together again! A third volume, bringing back Bernard Cribbins as Donna’s grandfather Wilfred Mott, will be released in May 2019. 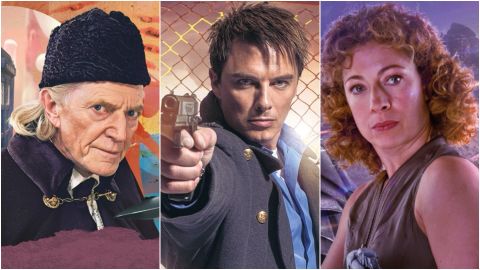 Of course, once you’ve sampled some of that lot, there’s so much more to dip into: the First Doctor Adventures with David Bradley once again stepping in for William Hartnell, the War Doctor series with John Hurt back as the battle-worn incarnation, The Early Adventures starring original companion actors in stories featuring the first few Doctors, the new Torchwood plays, the new spin-offs like The Diary of River Song and Jenny: The Doctor’s Daughter… and so, so much more.