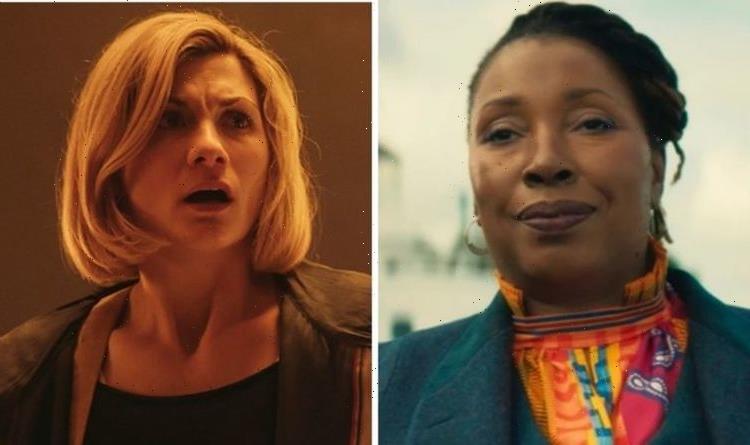 Jodie Whittaker has played the role of the well known Time Lord since the eleventh series of the classic BBC show Doctor Who. The key role is usually replaced every few years, and last week it was announced Jodie would in fact be stepping away from the series. The 39-year-old confirmed her exit along with Doctor Who showrunner Chris Chibnall ahead of a series of specials set to air in 2022. But could Jo Martin be the one to replace Jodie?

Jo appeared in series 12 of Doctor Who as Ruth Clayton, a tourist guide who is later revealed to be an incarnation of the Doctor.

She stepped into the role again in the episode Timeless Children.

But fans have been speculating that the actress could be the one to take over, following in Jodie’s footsteps as the second female Doctor in the history of the show.

Taking to forum site Reddit, one viewer discussed a potential theory, writing: “I think the idea from a lot of people comes from a place of wanting Jo Martin to be a future doctor rather than a past one.

“However, I think it would be interesting to see it done in both ways. We know the doctor can return to an old face from the 50th anniversary with the Tom Baker cameo.

“We also know that the doctor’s regeneration can be subconsciously trying to tell him something through Peter Capaldi’s appearance.

“So what if Doctor “Ruth” is still a past doctor. But the present doctor reuses that face as a way to try and find out more about their unknown past.”

Replying to the post, another fan said: “I just want Jo Martin as the Doctor because I thought she was great in the 10 minutes I saw of her as the Doctor.”

Another penned: “I just wished Jo Martin had been cast as the 13th Doctor now she had plenty of Gravitas and presence. It would be nice if she was the next Doctor but I think it’s unlikely.”

But not everyone agreed with the theory, someone else said: “I kinda don’t, not because she’s bad at all but just because I don’t like how her Doctor is associated with the timeless child.

“And also I don’t like the idea of a future doctor being introduced before the current doctor has regenerated.”

But speculation has been rife for about a year as to who might replace Jodie when the time comes.

All kinds of stars, from Richard Ayoade to Helena Bonham Carter have been named as “potentials”, while betting companies continue to update on the latest odds.

Among the current favourites is Death in Paradise star Kris Marshall and I May Destroy You’s Michaela Coel.

But could Jo be the one to watch? She has the added edge of already having been in the series, as the Doctor in fact.

Commenting on her departure from the show recently, Jodie said: “In 2017 I opened my glorious gift box of size 13 shoes.

“I could not have guessed the brilliant adventures, worlds and wonders I was to see in them.

“My heart is so full of love for this show, for the team who make it, for the fans who watch it and for what it has brought to my life.”

Doctor Who is available to watch on BBC iPlayer.