With the new £50 note on the way, the Bank of England has let the public make suggestions on who they think should feature as its ‘face’.

With Doctor Who being a classic British institution that turns 55 this year, and with Jodie Whittaker being the first canonical female version of the character, people have called for her version of the Doctor to be on the note.

That’s not going to happen.

The Governor of the Bank of England, Mark Carney, said as much in a speech announcing the project.

“We’re looking for someone from Great Britain and Northern Ireland who has made an invaluable contribution to UK society, be it through innovation, exceptional leadership, helping to shape the society or forging common values,” he explained (via Radio Times).

“As has always been the case, the Bank will not represent living people or fictional characters on our banknotes, so I’m afraid Time Lords of whatever gender are ineligible!” 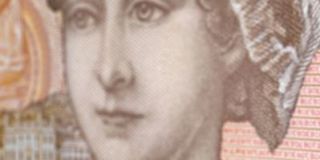 The organisation is asking for scientists in particular to feature on the note, with frontrunners at the moment including Ada Lovelace, Stephen Hawking and Alan Turing.

If Lovelace were selected, it would make her the first woman to appear on the reverse side of the £50 note, and with 2018 marking 100 years since women first gained the right to vote in the UK, this appointment would be mean a lot to a lot of people.

As for Doctor Who, we guess the show will have to be content with NASA naming an unofficial constellation after it.

Doctor Who continues this Sunday (November 4) on BBC One.