IF it wasn’t for lockdown DMA’S would be the must-see live band this summer.

The Aussie trio and their baggy, electronic sound have been knock­ing on the door of big things since their sold-out show at the O2 Brixton Academy in March. 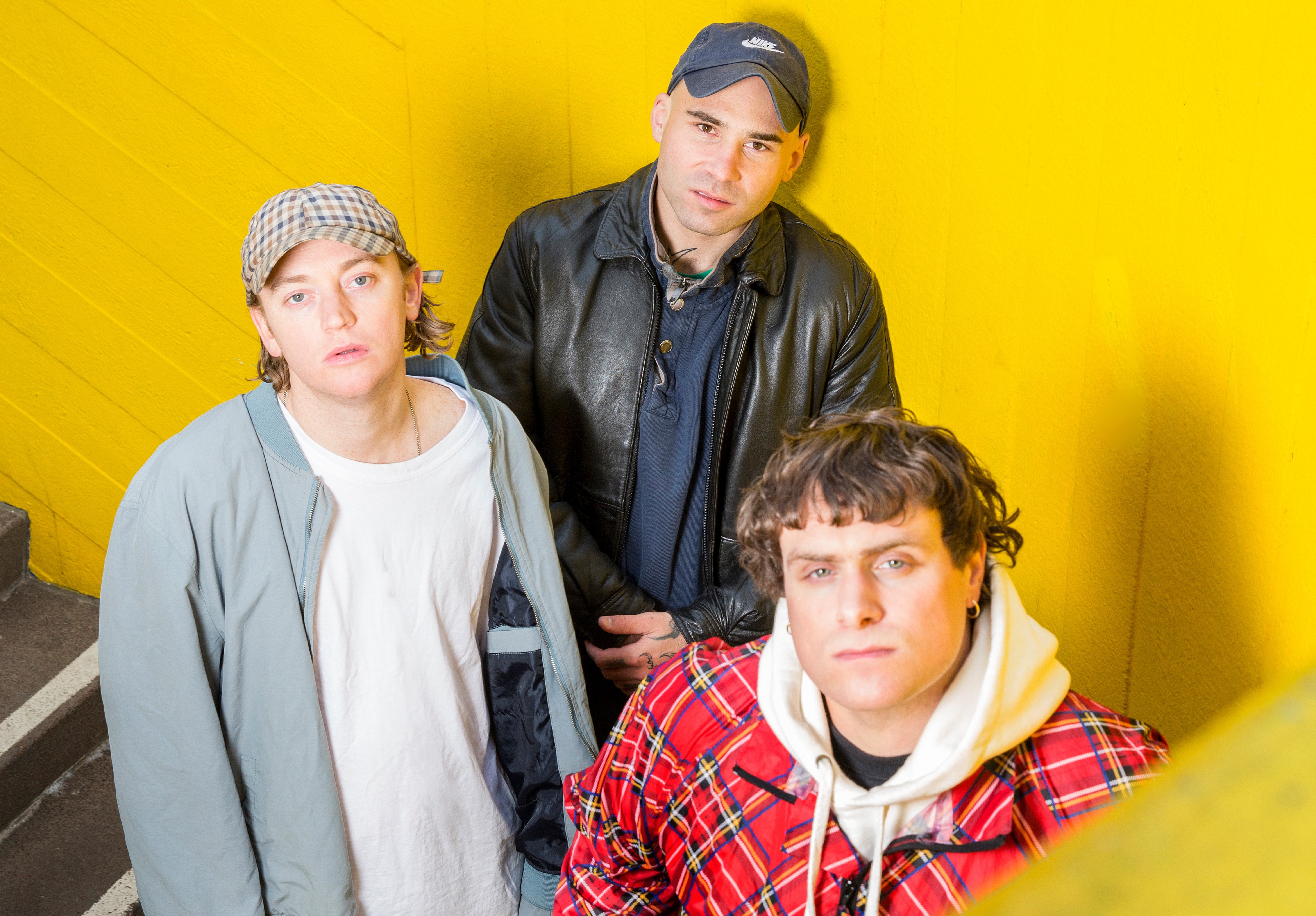 They have another massive London date pencilled in for October, at Alexandra Palace — coronavirus permitting — which will hopefully make up for the cancelled UK tour that had been due to kick off next week.

The DMA’S have worked hard for their success since forming in 2012 in Sydney.

Singer Tommy O’Dell says: “The one thing I like about DMA’S is that we weren’t just a band who had one song that got massive on Radio 1.

“We’ve been to these tiny little towns that we hadn’t even heard of and gone back and back and hit all different parts of the UK. Our foundation feels quite strong.”

I meet O’Dell, and guitarists Johnny Took and Matt Mason in an East London pub that doubles as a live music venue at night.

It’s just before lockdown begins and it’s been a long day for them. They have been filming the video for their title track off new album The Glow and are heading back to Australia early that evening. 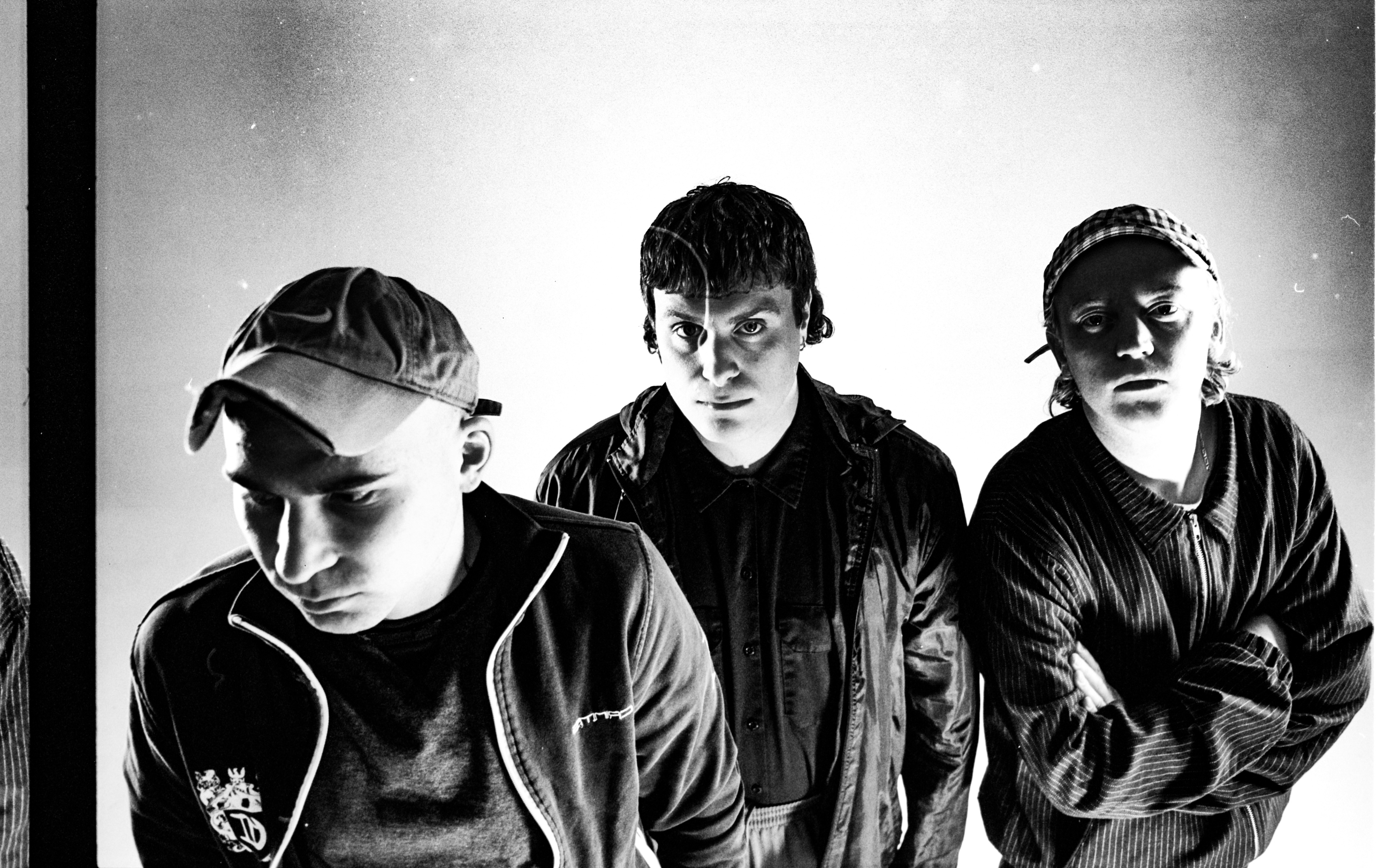 ‘We’ve learned a lot from touring’

As Mason is called in to film his part in the promo, O’Dell and Took take a seat to chat.

O’Dell says: “Things have been building steadily for us. After five or six years of touring we’ve learned a lot and so we’ve ended up here, in a good place – it’s all happened naturally.

“In the early days we experienced gigs with few people and that’s made us grateful for the gigs we play now. They’ve made us a better band too because you don’t get to be good live unless you go out and play and play.

“And we’ve had plenty of great moments. For me, the TRNSMT festival we played last year in Glasgow was awesome. It was an unbelievable show. That and Brixton have been highlights for us.”

It’s been an exciting few years for the band who got together after O’Dell and Took – then drummer and bassist in a psych-rock band called Underlights — met Mason. 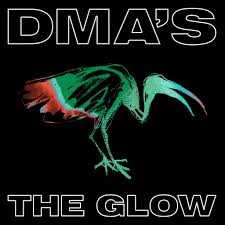 But third album The Glow is a real step up for the three friends,  who put it together with Grammy-winning producer and songwriter Stuart Price.

Price, famous for his work with Madonna, The Killers and the Pet Shop Boys, loved the band’s 2018 single The End, and his involvement in the album was sealed when he heard one of the tracks, Life Is A Game Of Changing.

O’Dell says: “Our record label manager called us to say he’d sent Stuart a few songs as he loved The End. It was hearing the demo of Life Is A Game Of Changing that made him want to work with us and that was the first song we made with him.”

Took confesses: “I had to look him up. When I saw who he had worked with it was a bit daunting working with someone of that character. But he was so open and loved our ideas — he never shut you down.”

The band started the album in Sydney then worked on three tracks in London before heading to Westlake Studios in LA.

O’Dell says: “Stuart created a great energy in the studio and any idea was a good idea. He never shut down any kind of suggestion. We’d always play things out to see where they’d go. If it was go, we’d carry on and if it wasn’t we would start again. That’s why this record is fearless.”

The trio have embraced the influence of electronic music on tracks such as The Glow and Cobracaine, while their Britpop side is evident on Silver, lovely ballad Criminals, The Verve-like Strangers and Hello Girlfriend. 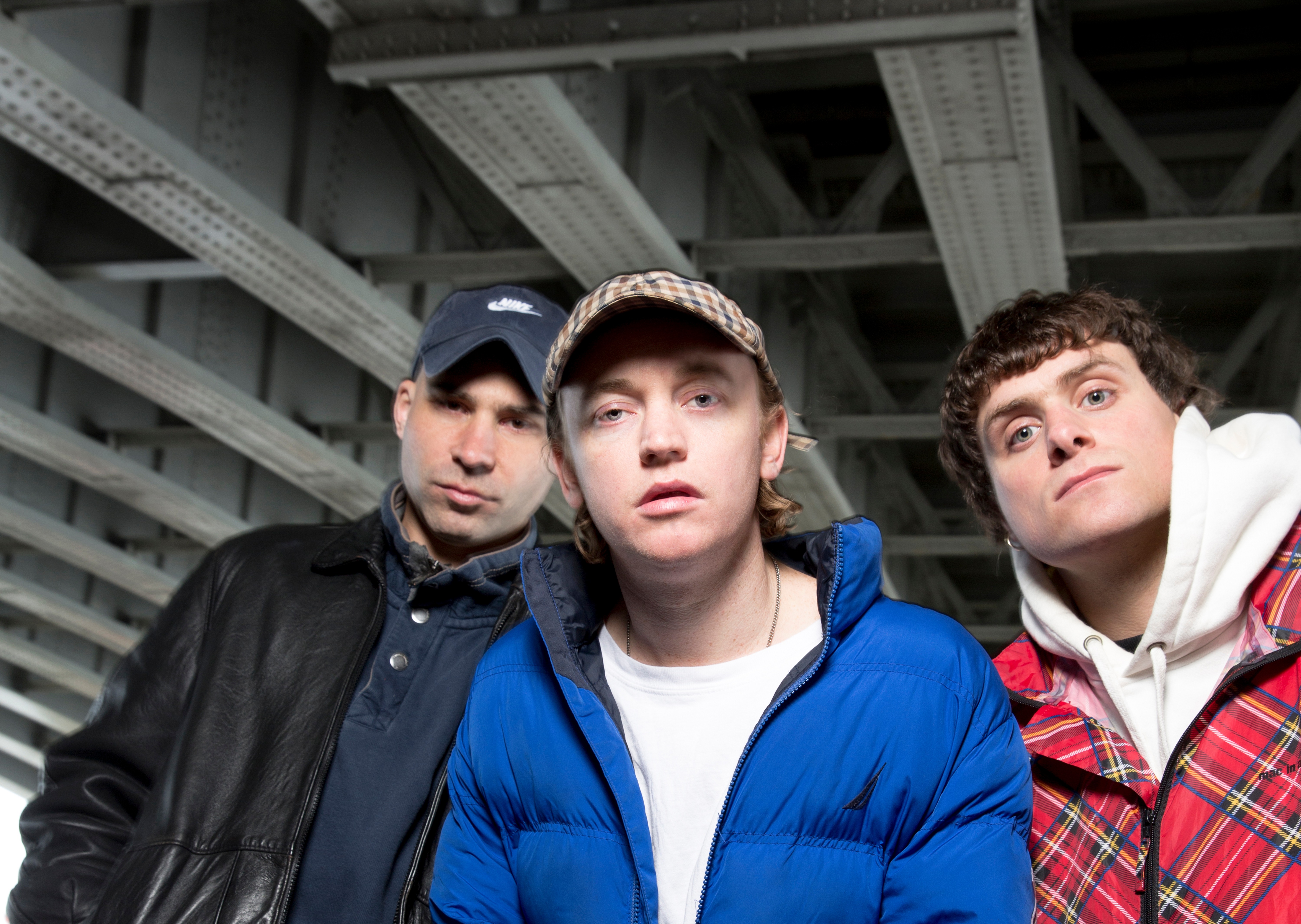 ‘Dance music is a spiritual thing’

Rave legends Orbital have remixed Life Is A Game Of Changing and Took says he realised the power of dance music watching Underworld at a festival in Holland.

He recalls: “It was an amazing night. Dance music is a spiritual thing. You enjoy it with groups of people.

“Another moment for me with dance music was when I got into [2020 album] Further by The Chemical Brothers. It’s that song K+D+B. It’s got that organic drum sound at the start and it feels like a rock band.

“That is when I really started thinking about how I can incorporate our style of music while bringing in electronic elements.”

The band share songwriting duties with O’Dell and Mason usually starting off the process.

O’Dell cites Daft Punk’s 2005 album as a big influence on him.

After I went to one of those festivals I wanted to take music seriously.” 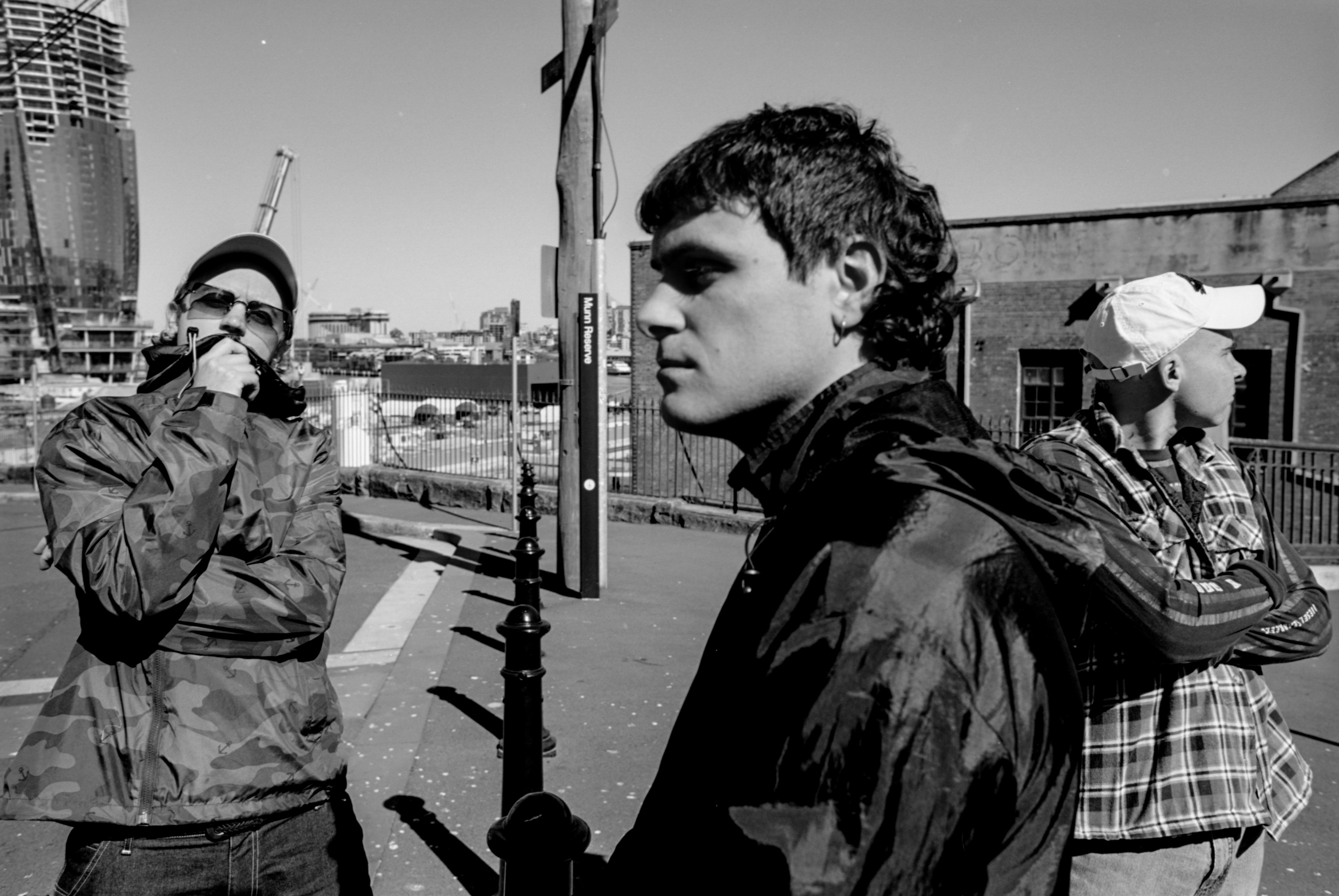 And that they have. It’s no wonder Liam Gallagher is a huge fan and asked them to support him on his UK and Ireland tour last year.

“I can’t wait to do Cobracaine live,” says Took. “I am so excited for this new record because it’s really around the live show. I felt like there were parts of it missing, it needed to go to the next level and Life Is A Game Of Changing is perfect for these times.”

When I catch up with O’Dell a few months later during lockdown he says: “I’m looking forward to getting out there and playing music for people when lockdown is over. Sharing the live music energy and atmosphere and giving people a chance to escape reality and express themselves.

The band have made the best of lockdown even though they had to put their album back a few months to July.

O’Dell says: “It’s not something I was completely happy about, but all I can hope is that it’s going to give fans even more joy when it comes out because they’ve had to wait a little longer.” 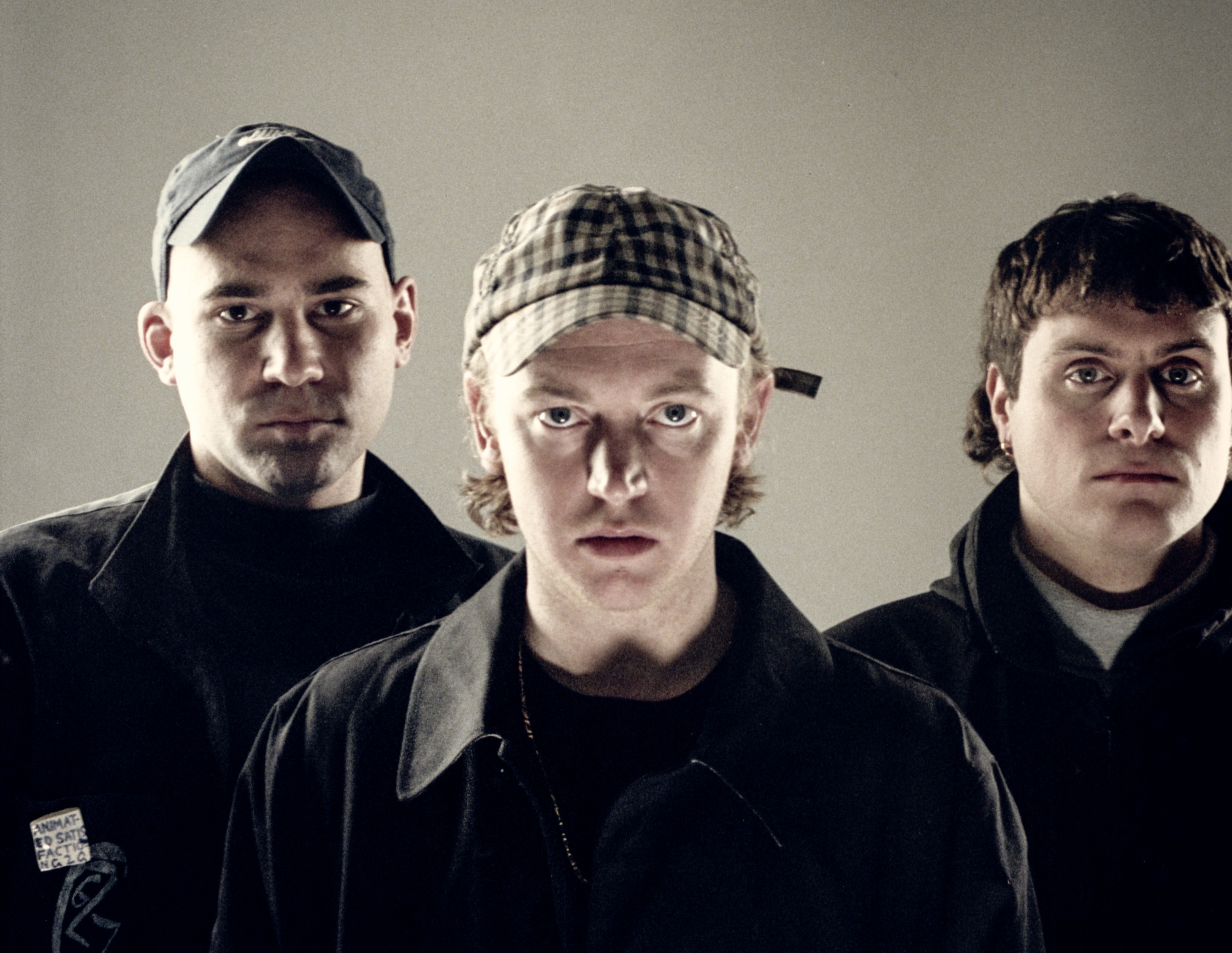 Four of the collection’s 11 tracks are already out.

O’Dell says: “We’ve released more singles than we would usually before an album. And we’ve  tried to stay connected with fans during all this.

“We did some live streamed acoustic gigs, we’ve released some fan-made videos and loads more online snippets. We streamed our Brixton Academy gig again, plus it was played out on Radio X which was cool because everyone got to relive it and could kind of take themselves back to the venue and forget about what was going on in the real world — even if it was just for an hour.

“Music has been a great way for people to escape through lockdown – I think it’s helped all of us as a band in that way too.”

With all three members involved in the writing, DMA’S also know when to give each other space. Took even moved to Edinburgh before they made The Glow.

He says: “I’d never moved out of Sydney as I’m not a big fan of change but I realised it would be good for my songwriting and I’d meet different people and have new experiences. And it was great and inspired my writing.

“Then my partner and I moved back to Australia but to Melbourne, as it keeps me on my toes.” 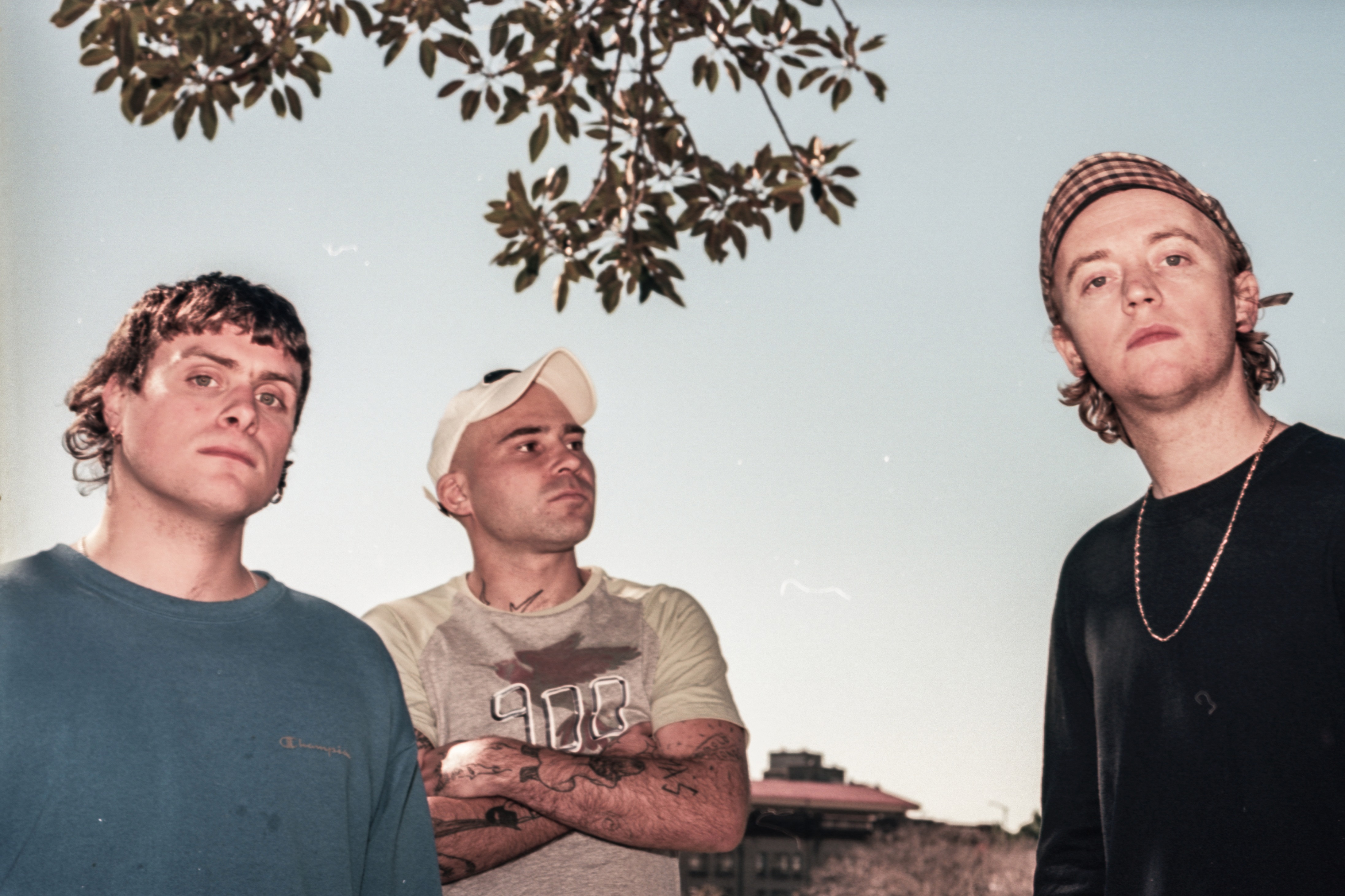 O’Dell says: “It’s three people that are chipping away at music and songwriting. Giving each other space relieves a lot of pressure.

“Sometimes we will bust out multiple tunes and make loads of songs in one session,  other times we’ll go a while without getting together.”

Took adds: “Tommy is constantly memoing ideas. He’s always pulling out his phone and singing into it.

“That’s why when people ask ‘do you feel pressure for the next album?’, I’m always like, ‘not really because there are three of us working at it’.”

The trio, who will also  play Manchester’s Castlefield Bowl in July 2021,  were nominated for three Arias — the Aussie version of the Brit Awards — on their last album. How important was that to them?

O’Dell says: “It was great and we were pleased but selling out places like Castlefield Bowl in a day is more of a reward than something   industry people vote for.”

With The Glow out in a week, DMA’S are looking forward to getting back to normal and playing live again.

“Safety comes first,” says Took. “But I’ve been told that streaming and listening to tunes is at an all-time high so at least that is something. So if there are no festivals and gigs there’s always music for people to enjoy at home. Music isn’t going anywhere.”