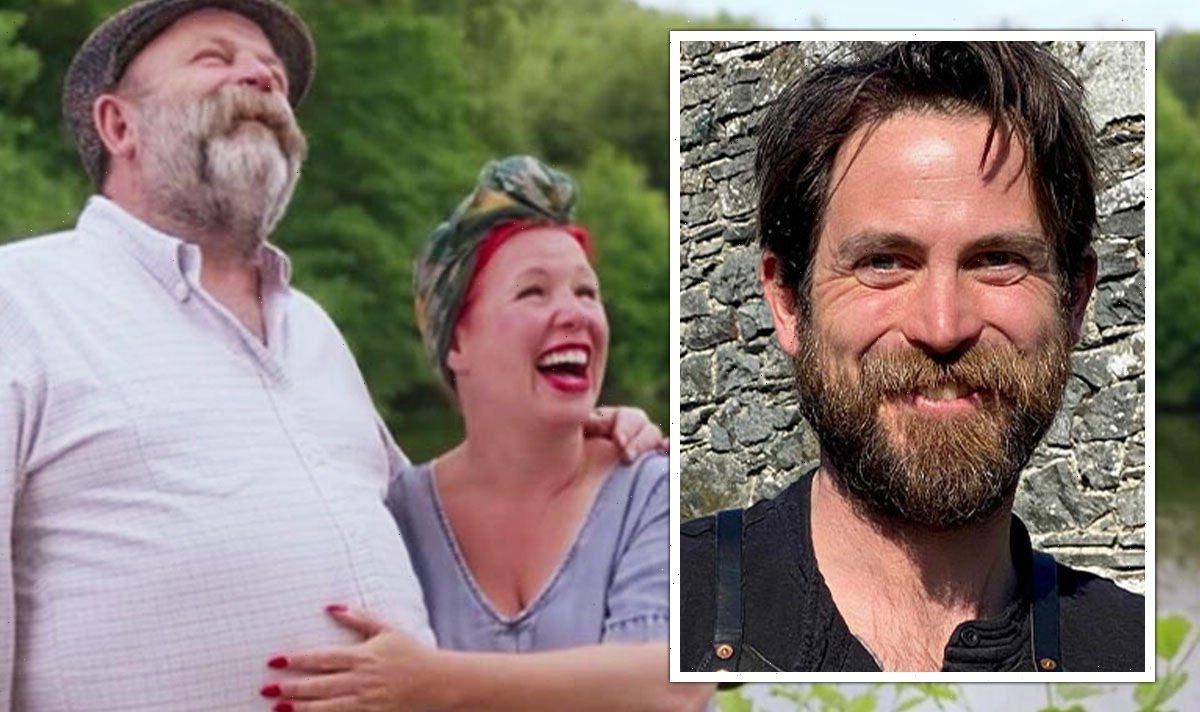 Angel and Dick Strawbridge realise the chateau is wonky

Escape to the Chateau stars Dick Strawbridge and Angel Adoree have been renovating Château de la Motte-Husson for several years, with the bulk of the colossal process being documented on their hit Channel 4 series. With season nine now airing, Dick’s son James Strawbridge has spoken out on the secret to Dick and Angel’s success.

Chef James has been busy making his BBC cooking series, named Strawbridge Over the Drawbridge, but he also features on the latest series of Escape to the Chateau.

For his BBC series, he visits grand homes across Northern Ireland to learn about their owners before cooking them a meal which reflects the history of the house.

James, 38, spoke exclusively to Express.co.uk about his series and Escape to the Chateau.

He began: “I think it’s really interesting, I’ve gone from Northern Irish country houses of lords and ladies to my dad and Angel in the chateau.

Comparing the homes he visits for his series against his dad’s 45-bedroom chateau, James explained: “The first thing is what they’ve got in common is they work really hard with people who run the house and for [the chateau] they’re having to work hard.”

Regarding the secret to Dick and Angel’s success with the Chateau, James said his dad works “very hard” to get the structural work done around the 19th Century home whereas Angel puts her heart into the soft furnishings and “arts and crafts”.

He said: “She’s often creating a look similar to some of these old houses on a budget. So it’s almost like anyone can have a go.

“I think it’s a really nice synergy between the two shows.”

James also opened up on how the ongoing renovation at the chateau feels like it has happened “quite quickly” compared to the stately homes he visited for his new series.

He added: “When you go to the chateau the work being done with the renovation is quite quick compared to when you look at a house with a 500-year history.

“It’s definitely more intense at the chateau than at these houses I visit [for my new series].

“Arthur and Dorothy’s great-grandchildren in many years and like one of the next generations will probably have a bit more of a chilled-out vibe.”

Arthur, nine, and Dorothy, eight, are James’ stepsiblings who often appear in Escape to the Chateau episodes.

During the latest episode of the show, Angel had romantic visions for a 19th-Century folly retreat for her two children.

However, a roof needed to be rebuilt and Angel wanted a swing to hang from the building’s wooden beams for Dorothy and Arthur to enjoy.

It was a difficult task, but Dick and Angel made it a reality with the help of some professionals.

For James’ show, he has to blow homeowners of stately properties away with his cooking skills.

If the homeowners approve of his meals they will ring a silver bell to indicate he has passed the test.

James admitted he was very “nervous” about trying to impress people with his recipes.

Strawbridge Over the Drawbridge episodes are available to stream on BBC iPlayer.