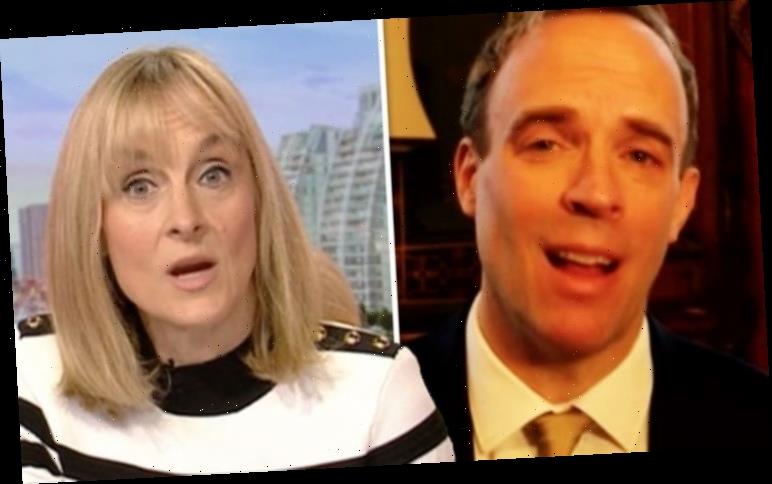 Louise Minchin welcomed Dominic Raab onto BBC Breakfast today as countries across Europe suspend the use of the Oxford/AstraZeneca vaccine and the Government announced changes to its police, crime, sentencing and courts bill. However, it was Minchin’s question to Raab on Government spending in Downing Street that led to outraged BBC viewers heading to Twitter to vent their frustration.

Minchin asked whether the £2.6million spent on developing the media suite in Downing Street was an effective use of funds.

She said: “Just briefly, I’m sure you will go to it at some point, Downing Street has got this new briefing room, £2.6million, is that money well spent?”

“Look it’s not something I’m responsible for but I do think that making sure we communicate with the public is very important,” Raab replied.

“We saw that in the press conferences that the Prime Minister and other senior ministers myself included had. 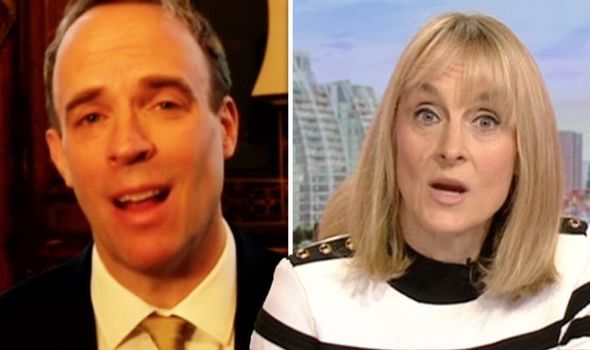 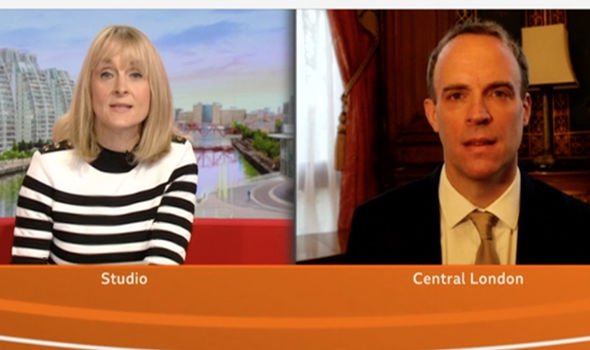 “Making sure that we can communicate directly with the public is something that they welcome and making sure we can do it in an effective, coherent way is very important.”

“How do you explain to people who would like to see a pay rise for example [for] nurses that this much money has been spent on the room?” Minchin asked.

“Well look we got a one percent pay rise which then goes to the independent body which recommends the review,” the Foreign Secretary answered. 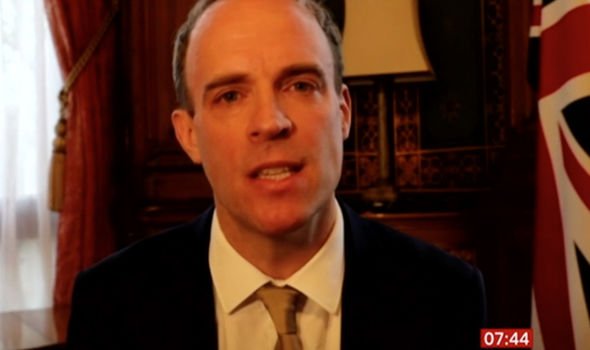 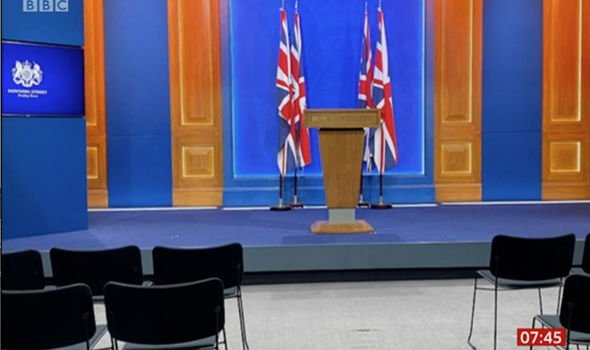 “But look we’ve also got to look at our communications policy, it’s a fraction of the sum we spend on health, patients and all of our public services,” he continued.

“But communications with the public, making sure that the Government’s message is communicated directly and clearly to the voters who hold us accountable I think is an important element of that.”

One remarked: “@BBCBreakfast how can you question the Government over a £2.5 million media suite when you pay Lineker and Ball the same amount EVERY year!! Both could be replaced and no one would even notice?”

“@BBCBreakfast A bit rich this morning that cost of media room at Downing Street criticised when @BBCSport pays @GaryLineker and others over £1 million per annum but will threaten the old and poor with court action if they fail to contribute @DefundBBC to end this disgrace,” another said.

While a third wrote: “@BBCBreakfast The BIGOTRY of Louise and the BBC who complain about the cost of Downing Street press conference studio..When BBC breakfast studio cost many times more and also paid for by the public…”

“Just watched @DominicRaab being ‘interviewed’ by @louiseminchin on @BBCBreakfast – no challenge, no follow up, no holding to account – weak journalism at best. It was like a chat with your gran about your homework,” a fourth added.

“#Dominic Raab what a waste of time on BBC Breakfast this morning,” someone else shared.

Elsewhere in the interview, the Foreign Secretary defended the Oxford/AstraZeneca vaccine.

“It is safe,” Raab stated. “People should get the vaccine and I think it’s been very clear both from the MHRA, the UK regulator that the risks of taking the vaccine are no more in terms of blood clots than the population at large.

“There’s no extra risk on the evidence we’ve seen which is why they have authorised the vaccine and haven’t taken any further action.”

BBC Breakfast airs on BBC One on weekdays at 6am.