In season five of Death in Paradise, DI Humphrey Goodman (played by Kris Marshall) was on hand to solve the latest murder on the Island of Saint Marie. Those living in the Caribbean took part in a fashion show on a beautiful beach, but the night took a chilling turn when a young model, Zoe McKay was strangled just moments after leaving the catwalk. It was up to DI Goodman as his team of highly skilled police officers to find out who murdered the model. But, a continuity error has been spotted.

The backstage areas of the show was securely guarded at all times, meaning Zoe’s killer must have been one of her colleagues.

But, fans of the crime-comedy show saw all the models and crew members give water-tight alibis.

During an earlier scene in the instalment, the Detective and DS Florence Cassell (Josephine Jobert) went to take statements.

The fashion designer, photographer and three models all recalled the evenings events.

“Eloise talking a call, Nelson and Sadie in the changing area, Rosie on the catwalk, Jay out front taking photographs,” DI Goodman summarised. 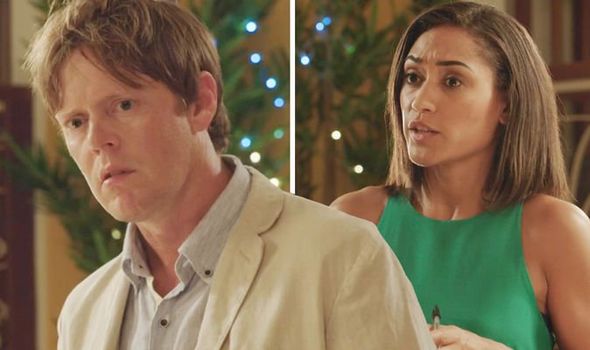 “What happened after Zoe was discovered?”

“I rushed out and asked if there was a doctor present -“ Nelson explained before adding the scarf, which was used to kill Zoe was “part of her outfit”.

“Can you think of a reason, someone might have to hurt her? Has she fallen out with anyone since she has been here?” DS Cassell asked.

The designer said they hadn’t been on the Island long, and the models have spent their time resting before the show.

Those watching at home then saw the photographer bring a stalker to the police officers attention. 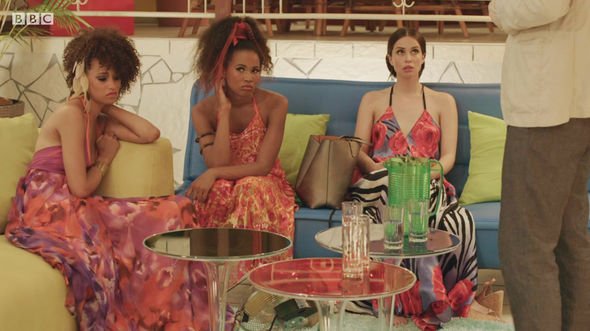 “He found out where she lived, started sending her letters – it’s been going on for a couple of months now,” one of the models added.

“She notified the police, but I don’t think anything came of it.”

“We need to get in touch with the UK police,” DS Goodman asked his colleague. “Get hold of the case file.”

One eagle-eyed viewer noticed a continuity error during the lead character’s comment to DS Cassell.

Taking to Movie Mistakes to comment, someone wrote: “When Humphrey turns towards Florence to mutter instructions about checking the case with the UK police, Joséphine Jobert’s hand is positioned on the top side of the notepad, and in a different position at the cut.” 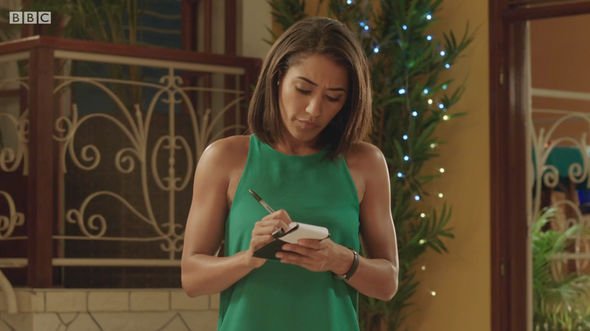 Despite this, DS Goodman managed to solve the murder mystery.

Regardless of the witnesses’ alibi’s, appearances were not everything at this particular fashion show.

But with no witnesses or DNA evidence, the only clue was a single stocking found clasped in the victim’s hand.

During the big reveal, it was the photographer who was exposed as the culprit. 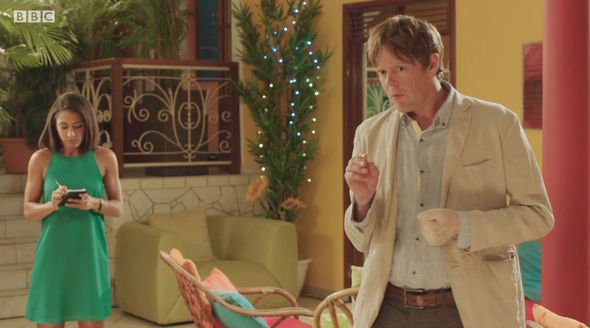 “This is all about image, or how things appear to be and what if you could appear to be somewhere, you weren’t;” DS Goodman remarked.

“The photographs, you couldn’t possibly have killed Zoe because you captured the very second she was killed.

“It’s really rather simple. Two days ago, Zoe programmed an alarm on her phone, a reminder to call her parents, and it got me thinking, you didn’t actually need to be there when the photographs were to be taken, not if you programmed your camera to continue taking photographs while yo made your way into the marque and murdered Zoe,” he added.

“You simply, set your camera to automatic mode and with the audiences attention above the catwalk, you slipped beneath it unnoticed.”

Death in Paradise is available to watching on BBC iPlayer now.