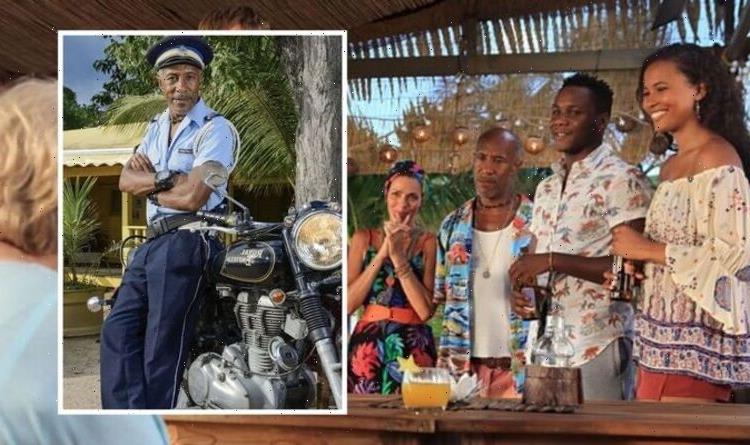 Season 11 put viewers through their paces, and with online whispers of Ralf Little possibly not returning as DI Neville Parker for future seasons, they need a rest. Looking back over the show and its eleven-year history, diehard fan Sammo has started to log continuity errors with the show, and Express.co.uk want to know if you found them too?

It appears that the detective-like viewer has spent many hours rigorously watching the BBC show to find filming mishaps.

Officer Dwayne Myers (played by Danny John-Jules) seemed to fall into the unforgiven eye of Sammo, with many scenes exposed.

On his appearance in season five, episode five, he pointed out: “Neil Jenkins [Played by actor Keith Allen] is sitting while his wife is swimming in the pool.

“She comes out; notice Jenkins’ left arm and his watch; the watch faces towards Dwayne when he asks, ‘So why did you lie to us?’, towards his right when he answers.”

The mistake even passed the eyes of an on-screen police officer.

Noticing that the watch magically swapped arms mid scene was just one of the disjointed scenes noted down.

Creating a thread on the website Keith moviemistakes.com there are 38 pages for Death in Paradise spectators to sift through.

He wasn’t the only member of the police force to be involved in a blunder.

From the same episode, the online mistake-spotter added: “[DI Humphrey] Goodman [Kris Marshall] is at the hospital, tasting the soup famously loathed by his predecessor DI Richard Poole [Played by actor Ben Miller].

“[DS] Florence [Cassell] [Joséphine Jobert] opens the door with her right, and the case file folder in her left.

“Cut, and the folder is in her right, rolled. Cut again, and she’s holding it straight.”

Season five seemed to have many errors, with episode four catching Dwayne out again.

The spotter said: “Goodman receives the package from the postman, and it is stated that Cedrik [Trevor a Toussaint] bought the watch on the 10th, which is said to be two days before his death.

“His death being on the 12th is inconsistent with both Dwayne’s phone desktop (July the 4th) and the message (Thursday 29th).”

755 mistakes are logged and ready for fans to read through.

Onlookers were left distraught during season 11 when Florence left Saint Marie to follow her dream of becoming an undercover agent.

Another twist came when Commissioner Selwyn (Don Warrington), was confronted by someone from his past.

Details of season 12 are yet to be revealed.

Death in Paradise is available to watch on BBC iPlayer.