Seen from a gracious vantage point, the first season of “Dead to Me” offers an unusual tale of female friendship and a light satiric shakedown of rich people problems. By shattering the picture-perfect life of Jen Harding (an excellent Christina Applegate, no matter your views on the rest), creator Liz Feldman exposes an Orange County McMansion filled with fancy wine, uncluttered kitchen counters, and luxurious living quarters as a false front; it only looks perfect from the outside and can’t protect Jen from the pain felt within. Her suffering makes her relatable, even when Jen’s fighting insomnia in a king-size bed with an ocean view, and any comfort afforded by such privileged purchases is stripped away by an escalating series of over-the-top calamities.

Her husband dies in a hit-and run; the driver turns out to be her new best friend, Judy (Linda Cardellini); Judy hides her role in Jen’s agony while sharing traumatic story after traumatic story of her own (some true, some not). All of this makes for a surreal wake-up call, toeing the line between eye-opening exaggeration and totally disconnected tomfoolery — maybe you enjoy “Dead to Me” because it’s as juicy as it is silly, or maybe you connected with the two friends’ raw emotional struggle. Either way, Jen’s life is built on a rapidly crumbling foundation, so it’s fitting when she completely loses her shit at the end of Season 1 and, apparently, murders Judy’s aggro ex-husband, Steve (played with unflinching tenacity by James Marsden).

That’s the best version of the first season I can see, and far kinder than my first reaction. But in a twist befitting the show’s twist-happy construction, Jen’s unplanned breakdown also leaves Season 2 with nowhere to go, and rather than try to reinvent itself or take a more scathing knife to listless suburbanites, Season 2 only elevates the vapid emptiness lurking in “Dead to Me” all along. The basic plot plays out like a bad “Trading Places” knock-off, where the only thing Jen and Judy swap are secrets and guilt; in Season 2, Jen has to lie to Judy all season, and Judy has to walk around making Jen feel bad about it. It’s an obvious rehash of Season 1, which doesn’t aim for anything more than moving through the plot with enough speed to keep you watching.

Yes, the 10 episodes fly by in an instant, and, outside of its great performances, that may be the most value “Dead to Me” can offer: easy consumption in a time of constant dread. But once you realize that’s the ending and not just another fake cliffhanger (can you even have a cliffhanger when the resolution is just an auto-play away?), it’s hard to remember why you started bingeing in the first place.

[Editor’s Note: The following portion of the review contains spoilers for “Dead to Me” Season 2, including the ending.] 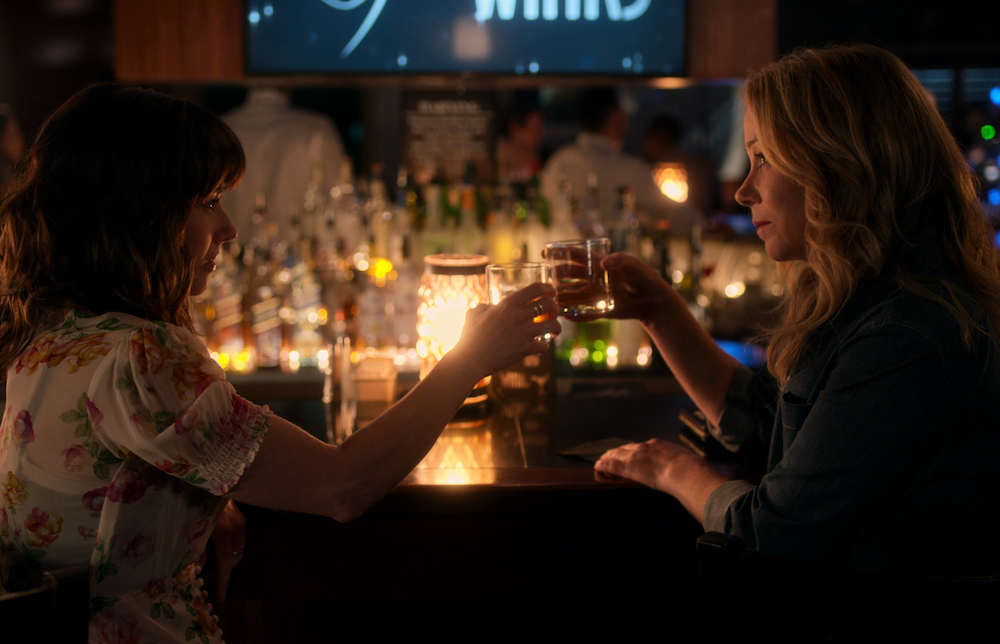 Linda Cardellini and Christina Applegate in “Dead to Me”

So, let’s talk about the ending. For anyone who still wants to watch “Dead to Me” Season 2, without its many twists being spoiled, go make yourself a snack, plop down in your cushiest chair, and come back in five minutes when you’re done… OK, you’re ready? First off, I apologize: “Dead to Me” is not, in fact, five minutes long — that was hyperbole. It’s five hours long, so you’ve lost your afternoon. But now you can really see what I’m talking about when I say Season 2 is a flip-flopped Season 1, minus the time-consuming character introductions and with the added bonus of another James Marsden!

The first — and arguably the best — episode-ending twist in Season 2 reveals that Steve had a near-identical twin brother, Ben (both played by Marsden), and Ben is the exact opposite of Steve: He’s overly nice, in an embarrassing dad kind of way, he’s able to poke fun at himself, and he wears his hair as a moppy, nice guy flop, as opposed to his brother’s expensive-looking, high-and-tight cut. (Marsden is fantastic, playing off last season’s performance to maximize Ben’s dopey charms.) But even though Ben knows his brother wasn’t a super sweet guy like him, he’s still concerned about where he’s gone.

And where is Steve, exactly? He’s in Jen’s freezer. Why is he in Jen’s freezer? Because she did, in fact, kill him. But why did she kill him? Well, that’s where the lying comes in. Jen tells Judy she killed Steve in self-defense when he came over to her house and became violent. But through a series of brief and ominous flashbacks, it’s revealed that Jen actually just killed him because he called her the C-word. So she beat him to death and then called Judy to help her move the body. That Jen is a hot-blooded murderer, able to take a life when she’s yelled at too loudly, is an issue never addressed by “Dead to Me.” Yes, Jen is anguished over her actions, but it’s more about the fact that she’s lying to Judy than that she might really deserve to go to jail. 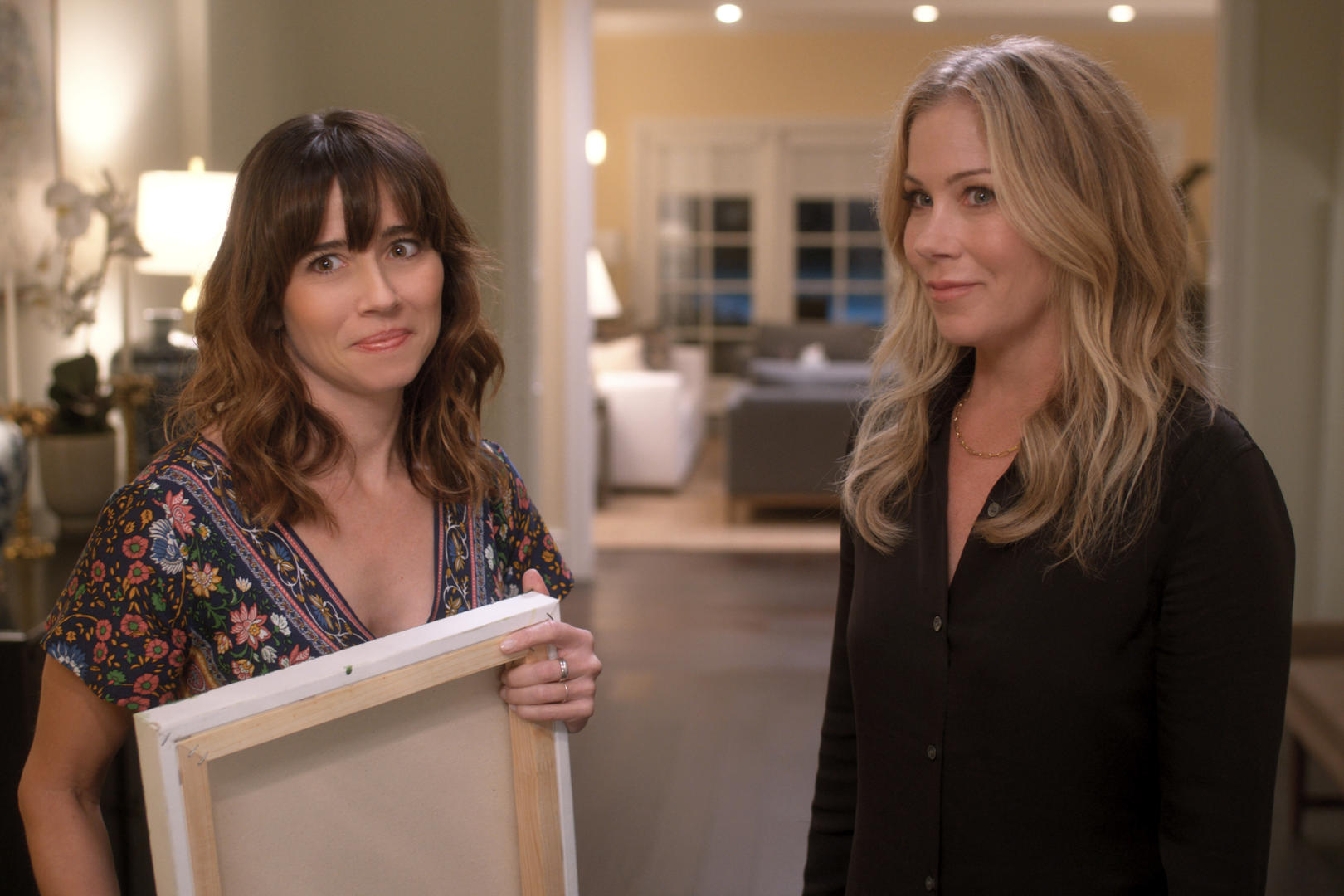 Linda Cardellini and Christina Applegate in “Dead to Me”

The idea that sad ladies can’t be bad people is reinforced by the ending, when — in order to prevent her son from becoming a murder suspect — Jen confesses, first to Judy and then to Detective Ana Perez (Diana Maria Riva). After a pretty big fight, Judy forgives her (because of course she does), and when Jen and Perez get lost looking for Steve’s body in the Los Angeles National Forest, the detective lets her off with perhaps the lightest warning ever issued by a law enforcement officer. Because Steve was a bad man and Judy isn’t, they’re going to pretend she never confessed, they never went looking for a body, and Steve’s death will get blamed on the actual bad people he was laundering money for. “Dead to Me” wraps up its guilt-ridden Season 2 arc by assuring everyone watching that so long as you’re rich, white, and think you’re a good person, things will work out.

Before, no matter how implausible “Dead to Me” Season 1 became, Jen was grieving a complicated loss and Judy’s crime was an accident. In Season 2, they’re dealing with problems that can’t be explained away: Jen is worried about getting caught for murder, and Judy, well, Judy doesn’t do anything wrong, other than the occasional faux pas while covering up for Jen. Watching a talented performer like Applegate trying to reconcile deserved guilt with the needs of her family — that her sons would lose a mother and father within a year is a very relatable rationale — could’ve been a worthy challenge for the Emmy-winning actress; imagine Applegate tapping into Judy’s deranged side instead of clinging to her cool mom stereotype. That’s a dark comedy I want to see, but the scripts are unwilling to go anywhere close to acknowledging Judy did something really, really wrong. Instead, they make just enough time to showcase the divine wit of both leads before putting the pedal to the metal so audiences don’t think too hard before the next episode plays.

“Dead to Me” Season 2 is streaming now on Netflix.