If you were hoping DC Universe’s dedicated show Titans would offer the same kind of dark entertainment as Christopher Nolan’s trilogy, you’re out of luck. Titans, it turns out, is mostly just dark – and not all that entertaining.

Yes, the show that has promised to chart Robin’s journey to declaring “f**k Batman” is almost upon us, meaning initial thoughts on the series’ first three episodes are starting to trickle in.

Offering up little in the way of hope, first reviews have suggested that Titans is a clichéd, tiresome “slog” – but don’t cancel your subscription just yet, because it’s not all bad news. 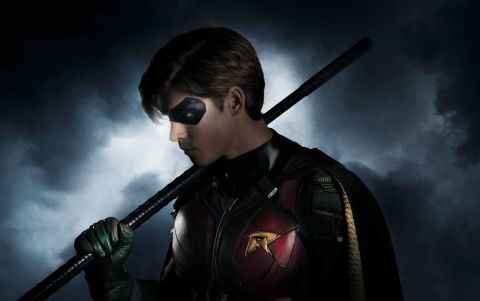 Much like Titans‘ very own look-and-feel, there is a glimmer of hope in there somewhere, with some critics insisting that (no matter how hard it’s trying) the series does have “promise”.

So, without further ado, why not pour over Digital Spy‘s rounded-up of Titans‘ early reviews below? If you don’t laugh, you’ll cry.

“[Titans] takes a surprising turn. Not to give anything specific away, but the sometimes overly gritty Titans evolves into being witty and heartfelt, with the stragglers evolving into a family of sorts.”

“The best part about Titans, the first original show to launch on DC Universe, is that it pulls from the vibes of all the other superhero offerings and spits it out into a whole new thing. Marvel’s Netflix shows aren’t that fun, and DC’s shows on The CW aren’t that deep. Titans is the most balanced superhero show out there.

“It’s skillfully constructed, narratively speaking, and there’s a surprising amount of flavor beneath its classification as a dark, moody, teen drama.” 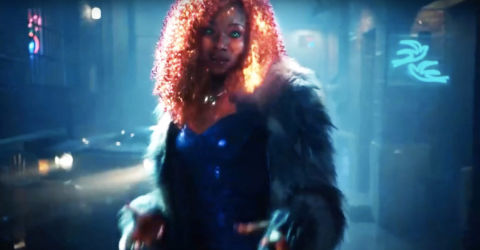 “Titans has promise, and could be the draw the DCU needs it to be, if it’s going to thrive as a subscription service. But given the channel’s pedigree, it might’ve been more radical if the bosses had encouraged their creators to consider how prestige TV could be more like classic comics, and not vice versa.”

“‘Dark’ is a subjective quality, but the first three scenes of Titans involve an agonizing vision of parental death, a woman with no memory waking up next to a dead man, and a rainy day in Detroit. The Frank Miller-Christopher Nolan strain of apocalyptic storytelling remains alive and well at DC.”

“Titans is a try-too-hard stab at occupying a middle ground between grumpy, but still family-friendly, DC offerings like The CW’s Arrow and the definitely-not-for-kids Marvel shows on Netflix.

“In this case, that means a strain-to-see murky colour palette, occasional jarring swearing, a tiny bit of extra blood spatter and the latitude to feature sexual impotence as a plot point. Aren’t grown-ups lucky?” 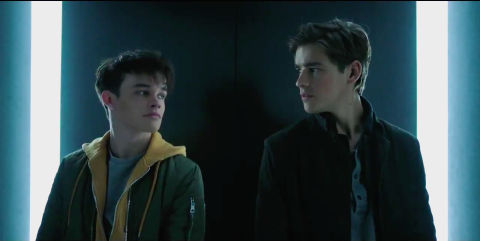 “[“F**k Batman”] is the sort of thing a petulant teenager — which Robin in this version of the story is not supposed to be (he’s working as a detective for the Detroit PD when we meet him) — might say to sound cool or fearless. But really, it makes him sound like he’s trying way too hard…

“But both Robin and Titans as a whole feel exactly like a Batman story — specifically, the sort of overwrought, ultraviolent, grim and gritty tale that took over Batman comics in particular and the comic book industry as a whole in the late Eighties and early Nineties.”

“In DC Universe’s Titans, Dick Grayson (Brenton Thwaites) stabs a guy in the balls with a pair of garden shears. Unfortunately, the powers that be say I have to write more than that sentence about Titans, but I do truly think every aspect of this show – its tone, its aesthetic, its story, its themes—boil down to the image of Dick Grayson, the original Robin, Boy Wonder, charming vigilante do-gooder, plunging a gardening tool into another man’s crotch…

“Really, Titans‘ biggest failing – and biggest missed opportunity – is that it’s not any fun…It is a slog. It is, in fact, the sloggiest slog I’ve ever slogged.”

Titans is set to launch on streaming service DC Universe on October 12, with Netflix airing the show in the UK.