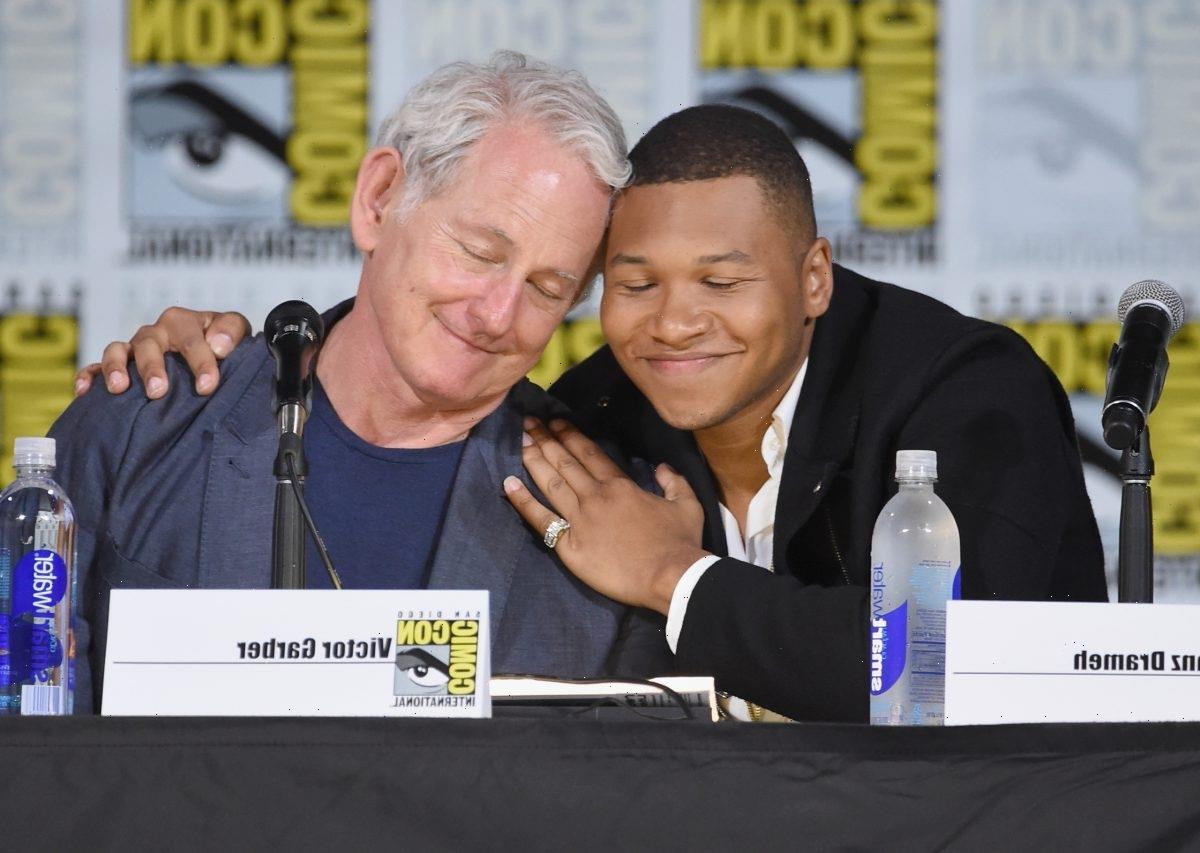 It’s quite rare these days if a show reaches the one hundred episode mile marker. But The CW‘s show about time-traveling weirdos has done it. DC’s Legends of Tomorrow will hit one hundred episodes in season 7. And it wouldn’t be the same if many of the superheroes who have come and gone on the Waverider didn’t join in the celebration. Specifically, seven characters who are no longer in DC’s Legends of Tomorrow will return for the epic event.

Which former characters are returning for the 100th episode of ‘DC’s Legends of Tomorrow’?

Almost all of the original Legends from the first season, excluding Dominic Purcell as Mick Rory/Heatwave and Ciara Renée as Kendra Saunders/Hawkgirl, will be featured in the star-studded event.

As you may recall, Leonard Snart, Martin Stein, and Rip Hunter all died in previous DC’s Legends of Tomorrow episodes. But Jax, Hawkman, Nora, and Ray all chose to leave the Waverider. Jax decided to return to his everyday life when Martin died. Hawkman left with Hawkgirl at the end of season 1. And Nora and Ray got married in season 5, making them want to settle down and leave the Legends.

Co-showrunner Phil Klemmer discussed the 100th episode of DC’s Legends of Tomorrow with Entertainment Weekly. Klemmer said, “We didn’t intend for it to be quite as expansive as it was, but it was just like we got one — we would’ve loved to have Hawkgirl and Heat Wave and Vandal Savage — [and] it made us greedy.”

So many superheroes and villains have crossed paths with the Legends. It probably would have been impossible to get them all back for the 100th episode. But getting seven actors to return for only one episode and during a pandemic was no easy feat.

Klemmer said, “When we first started entertaining the notion of it, there was still a two-week quarantine period that nobody in their right mind would’ve done for a guest-star role. But it was one of those things that I don’t think we dared let ourselves believe we would get as many as we did.” Thankfully, many of the actors on their wishlist were able to make it. And, now, the 100th episode will undoubtedly be a wild ride, even for the Legends.

Everything we know about the milestone hour

The official synopsis for the star-studded hour reads, “With Astra (Olivia Swann), Spooner (Lisseth Chavez), and a now-human Gideon (Amy Pemberton) trying to save the Legends, Gideon becomes overwhelmed by her new human choices sending her into a catatonic state. Astra and Spooner combine their powers to enter Gideon’s mindscape and discover that a virus is trying to erase all of Gideon’s memories. Acting fast, they devise a plan to defeat the virus before it’s too late. Meanwhile, the Legends are about to go up against a powerful new foe. Caity Lotz, Jes Macallan, Nick Zano, Tala Ashe, Shayan Sobhian, and Adam Tsekham also star. Caity Lotz directed the episode written by Phil Klemmer & Matthew Maala.”

Co-showrunner Keto Shimizu told Entertainment Weekly, “It was a real chance to celebrate the evolution of the show. We really wanted to take viewers back to what it was and not despairingly. For a story that is thematically about growth and change and embracing the new, and what challenges turn you into — the blossoming — it was really imperative that we had those people come back to both live in the new tone of the show, but also to show like, ‘Hey this is what the show was and look how far it’s changed and evolved since then.’”