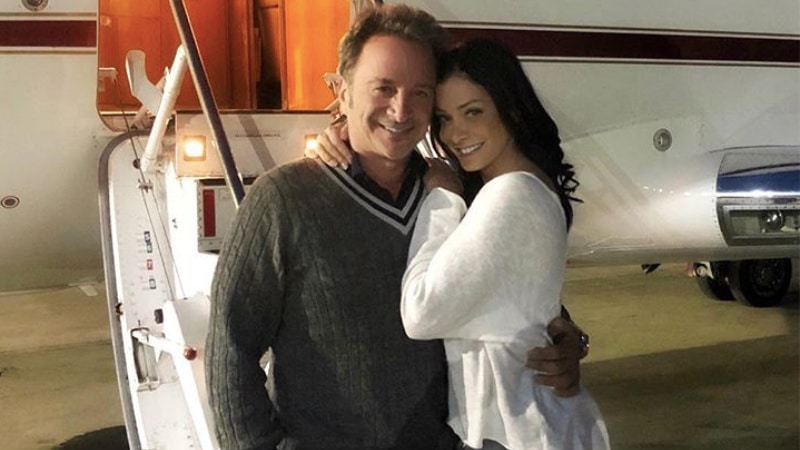 Dayanara Torres surprised her fans yesterday with the news that her boyfriend Louis D’Esposito had proposed to her.

She shared the news on Instagram, revealing that he had asked her to marry him and she said yes. In a photo of the couple together, she also showed off a major sparkler, a massive ring that clearly shows his love for her.

While Dayanara is a well-known actress, singer and beauty queen, winning Miss Universe in 1993, many people probably don’t know as much about her future husband. So who is Louis D’Esposito?

D’Esposito is a producer and has an extensive work history with Marvel. He’s served as an executive producer on some of Marvel’s biggest movies, including Captain America: Civil War, Avengers: Age of Ultron, Guardians of the Galaxy, Black Panther, Captain Marvel, Thor: The Dark World, and Iron Man.

He has worked on a total of 33 projects as a producer, according to IMDb, starting as an associate producer back in 1991 on Another You.

D’Esposito has also worked as a second unit director or an assistant director on 32 projects, including Sweet Home Alabama, The Glass House, Dudley Do-Right, and I Know What You Did Last Summer — and many more.

He even worked as a director on a few video shorts, including Agent Carter, and Marvel One-Shot: Item 47.

D’Esposito is also the co-president of Marvel Studios, and his Twitter profile reveals he evidently loves his job, describing himself as “producer, director, coffee runner”, adding: “I’ll do anything to keep working here.”

Even though he’s not an active Twitter user, D’Esposito still has over 32,900 followers.

Little is known about D’Esposito’s private life, including about his previous relationships, marriages or children, although he does on occasion post photos of his time spent with Dayanara.

Torres is a Puerto Rican actress, singer and model. She shot to fame after becoming one of the youngest ever Miss Universe winners, taking the crown at the age of 18 in 1993.

She has been married before, tying the knot with Marc Anthony — who was later wed to Jennifer Lopez — in 2000. The couple has two children, Cristian Anthony from February 6, 2001, and Ryan Anthony Muniz on August 16th, 2003. Torres divorced Anthony in 2004.

No details have been revealed about a possible date for Dayanara Torres and Louis D’Esposito’s wedding.