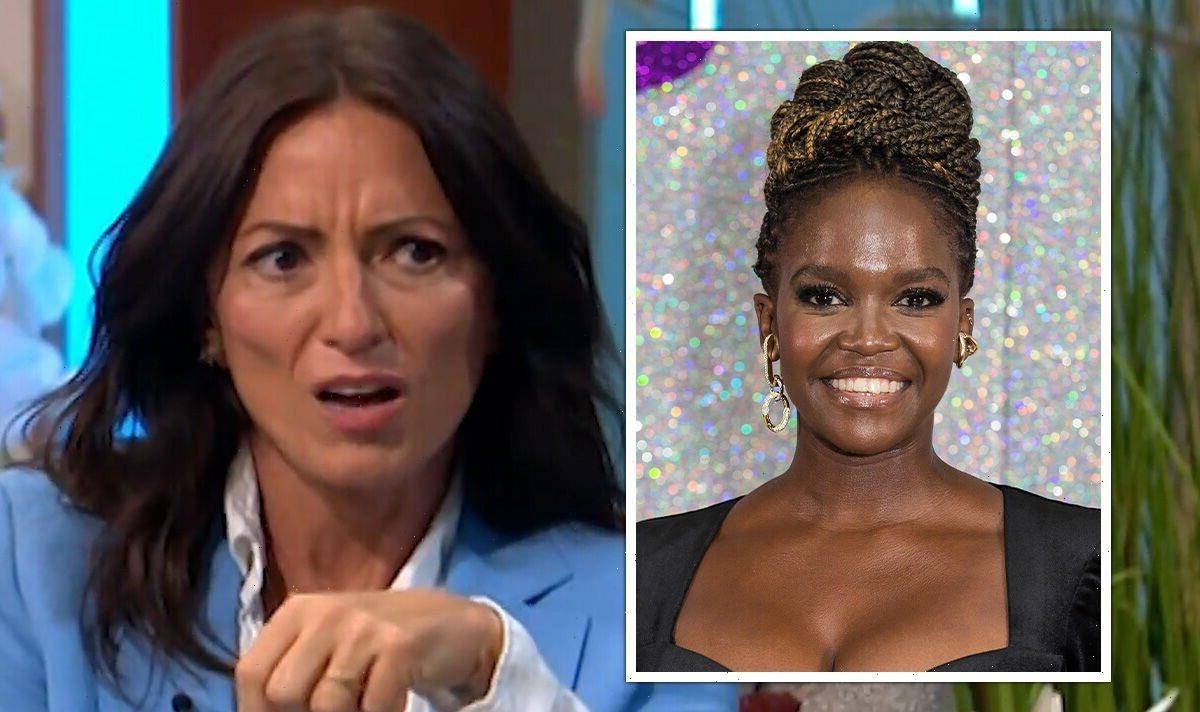 Davina McCall appeared on Thursday’s instalment of Lorraine to update viewers on the second series of The Masked Dancer. Davina, 54, is a judge on the programme who is on the panel alongside former Strictly Come Dancing star Oti Mabuse, ex-footballer Peter Crouch, and Jonathan Ross. As the competition continues to heat up, Davina admitted why she finds Oti “very annoying”.

The show is a celebrity dancing competition where the judges and ITV viewers have to work out which famous face is behind a bizarre costume.

A total of 12 celebrities signed up for the second series and the winner is yet to be revealed.

Celebrities who have already been unmasked include broadcaster Stacey Dooley as Prawn Cocktail, actor Jesse Metcalfe as Astronaut and Gareth Malone as Cactus.

Davina made her confession about Oti during her interview with Lorraine, which left the Scottish broadcaster baffled.

“That could be anyone inside there,” Lorraine replied as they looked at a clip from The Masked Dancer.

Davina continued: “But also what you are looking at is the costumes on The Masked Dancer.

“The costumes are much tighter [than The Masked Singer] as you can see.”

She continued: “So basically I am getting texts from Oti at 3 O’clock in the morning – she never sleeps that woman.”

Davina explained Oti sends her text messages after convincing herself she knows who is behind the mask.

The presenter has to remind Oti of the time and tells her she will reply when she’s properly awake.

However, Davine went on to praise Oti, adding: “She’s really good actually because she is always thinking about the physicalities and things, and she has danced with everyone.

“And so many people have been on Strictly Come Dancing.”

Oti was a professional dancer on Strictly Come Dancing for seven successful years but she announced she was stepping down from the BBC show earlier this year ahead of the 20th series airing.

She became a judge on The Masked Dancer last year for its inaugural series.

Earlier on in the series presenter, Zoe Ball was unmasked as Llama and Strictly judge Craig Revel Horwood was revealed as Knickerbocker Glory.

Lorraine continues on weekdays from 9am on ITV and The Masked Dancer on ITV on Saturdays at 6.30pm.