David Tennant’s Tenth Doctor has one of the most recognisable costumes in the history of Doctor Who.

You know the one – that characteristic striped suit paired with the same beat-up but well-loved Converse that we can all find waiting for us at the bottom of the wardrobe for a comfy day.

The choice of footwear was a personal addition from Tennant, but it turns out it almost didn’t happen.

In fact, the former Time Lord told the audience at New York’s PaleyFest (via INSIDER) that he had to fight to wear the now-iconic shoes.

Tennant explained: “I had these really old, battered, cream-coloured Converse shoes that I brought in and I said, ‘I want to wear these.’ And people didn’t like that idea. I had to really fight for them.”

The design department had a different pair of boots in mind for the Time Lord, but although the actor thought they were “beautiful”, they didn’t quite fit his idea. 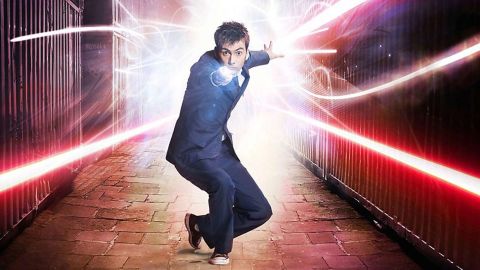 He quipped that the naysayers were “ganging up on him” and giving him a list of reasons not to don his chosen pair – everything from not being able to run away from Daleks, to being both too cold and too hot.

But Tennant stood his ground. “That was the only thing I absolutely insisted on, battered old shoes because that always just felt like that was the right thing to do,” he explained. “I’m glad I did.”

For the rest of his suit-trainer combo, David looked to an unexpected fashion inspiration – Jamie Oliver. 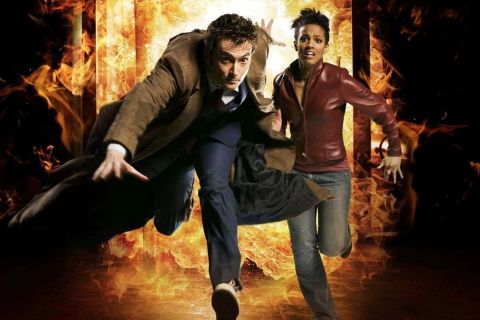 “I remember seeing Jamie Oliver on a chat show,” he recalled. “He wore a suit with his trainers, and I thought, there’s something about that kind of says the right thing. It’s kind of like, ‘I’m sort of an official, but I’m really not’.”

Since then, each Doctor has had their own unique take on the Time Lord’s style, from braces and bow ties to sunglasses and sonic screwdrivers. Still, the Tenth Doctor’s trainers remain firm fan favourites.

Thanks for fighting for the freshest kicks in the galaxy, David.