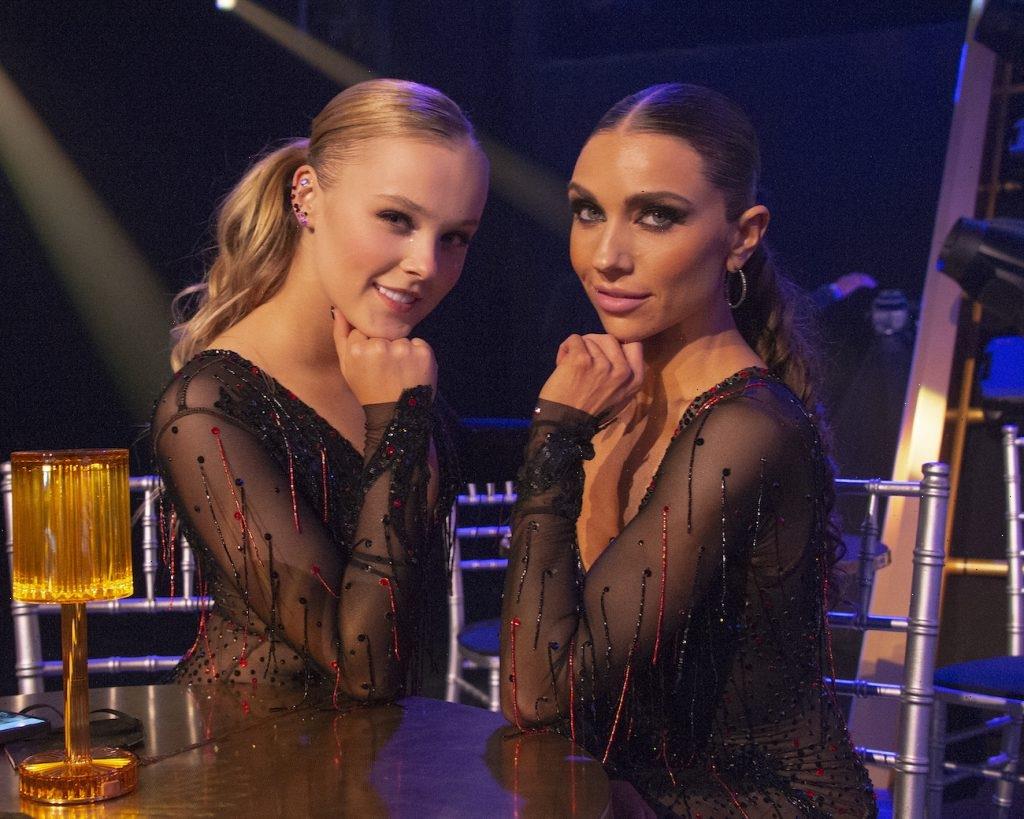 Jenna Johnson and JoJo Siwa are going to the semi-finals on Dancing with the Stars. According to the season 26 Mirrorball Champion, working with Siwa is easier than working with men in the competition series. During a conversation with DWTS pro Cheryl Burke, Johnson opens up about the connection she and Siwa share on Dancing with the Stars, plus why she considers male pros “wusses.”

Siwa and Johnson aren’t the first same-sex couple to perform together in the ballroom, but they’re the first to compete in the American version of Dancing with the Stars. “[A same-sex partnership has] never been done in America before, but it has been done in the U.K.,” Johnson explains during the “Defying Gravity with Jenna Johnson Chmerkovskiy” episode of the Scrubbing In with Becca Tilley & Tanya Rad podcast.

When Siwa came out as a gay member of the LGBTQIA+ community in January 2021, she received love and support from many of her fans and peers. But when Siwa joined the cast of Dancing with the Stars Season 30, there was a bit of a divide. Some viewers didn’t support two women dancing together in the ballroom, while others were excited about the change. Regardless, Siwa and her partner remain part of the season 30 competition.

In addition to the Scrubbing In podcast, the Dancing with the Stars pro was also a guest on Burke’s podcast Pretty Messed Up. Speaking with her colleague, Johnson revealed some of the best parts about working with Siwa.

“I think the guy pros are a little bit — sometimes wusses on the show,” Johnson tells Burke in the “Dancing in my Living Room???!!!” episode of the podcast. “They always complain [and say,] ‘We have the harder job.’”

According to Johnson, Burke, and fellow DWTS pro Pasha Pashkov, the female dancers typically have the harder job in any given performance. With Johnson and Siwa’s partnership, the roles switch sometimes. But for the most part, Siwa is fulfilling the male roles in their dances.

“I feel like we have such a better understanding of each other,” adds Johnson. “Communication is so much easier.”

Not only has working with Siwa been easier, but Johnson has gained a friend in the process. “Before I even met her, [people said] ‘She’s loud, obnoxious, over the top, she’s going to be so much energy,’” Johnson told Burke. “But … she is the smartest, most mature, respectful human of an 18-year-old who is successful.” Whether they win or lose the Mirrorball Trophy this season, Johnson and Siwa share a connection for life.

Despite how much easier Johnson finds communicating with Siwa, the duo does experience moments of difficulty. During her conversation with Burke, Johnson mentioned the “meltdown” she and Siwa experienced when their menstrual cycles synced up.

“I’ve never had one of my partners cry before,” Johnson said, citing Siwa as the first. “I’ve never made any of my [male partners] cry.” A shocked Burke believes she’s made every single one of her partners cry “within the first three weeks” working on Dancing with the Stars.

See if Siwa and Johnson can go all the way and take home the Mirrorball Trophy. Watch Dancing with the Stars on Monday nights at 8 PM EST on ABC. The season 30 semi-finals begin on Nov. 15, 2021.