The drama on season 29 of Dancing With the Stars is currently playing out in front of ABC cameras. But according to the estranged wife of pro dancer Gleb Savchenko, there’s a lot more going on behind the scenes. Elena Samodanova is speaking out after her split from Savchenko and has accused him of “ongoing infidelity.” Elena believes that there is something going on between Gleb and his partner this season, Selling Sunset star Chrishell Stause. Here’s what we know about Elena’s shocking allegations. 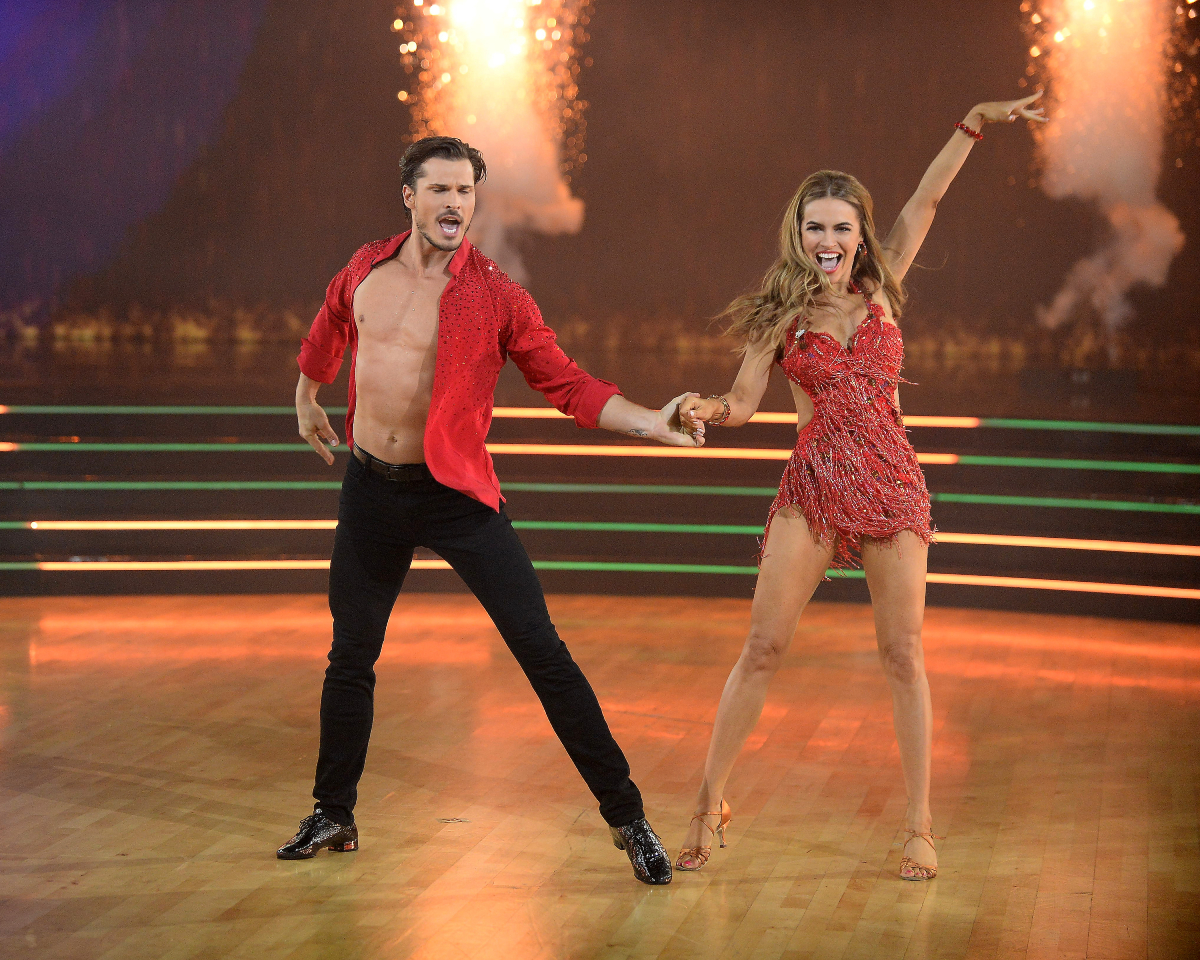 ABC announced the season 29 cast of Dancing With the Stars in early September, two months after revealing Tyra Banks would take over as host. Chrishell joined the cast after her very public split from This Is Us star Justin Hartley.

In addition to Chrishell, ABC announced YouTuber and actress Skai Jackson, Olympic figure skater Johnny Weir, and One Day At a Time star Justina Machado as part of the cast.

During the premiere, ABC revealed they had paired Chrishell with pro dancer Gleb Savchenko.

Gleb and Elena recently split after rumors swirled that something was going on between Gleb and Chrishell. In a statement, Elena said that her trust in Gleb is “irrevocably broken” after a series of “ongoing” infidelities.

“After 14 years of marriage, and multiple affairs, I’ve decided enough is enough,” Elena told People. “Gleb and I have created a family and multiple businesses together. But apparently, it just wasn’t enough to keep our marriage strong.”

She continued, “Gleb’s ongoing infidelity and a recent inappropriate relationship has created turmoil in our marriage and absolutely torn our family apart.”

Elena noted that no wife should ever stand by and watch while another woman “gifts her husband expensive presents, lures him out to dinners, and seduces him at every turn.”

She said that this past week was “the final straw.” Elena says she can no longer turn her head the other way, and it’s time for her to walk away and start the healing process. She wants to be the best version of herself for her girls.

After Elena issued her statement, Gleb responded with one of his own through his rep. He says that he will continue to respect his family’s privacy, but he will not stand by and allow false accusations and internet rumors to remain “unaddressed.”

“Elena and I have had longstanding issues in our marriage,” Gleb explained. “This has been an ongoing situation between Elena and I paired with poor timing. It was my deepest hope to keep our private life just that: private. I am saddened and disappointed to see that Elena has chosen not to do the same.”

Elena announced her split from Gleb on Friday, November 6 via an Instagram post. She wrote that with her “deepest sadness,” her 14-year marriage was coming to an end. She noted that she didn’t hate Gleb, but she is “disappointed” that he turned into everything he said he would never be. The couple shares two children, daughters Olivia and Zlata.

Chrishell also issued a statement about Gleb and Elena’s split. She says it’s unfortunate that her dance partnership with Gleb has caused rumors to swirl about her personal life.

“Having gone through a public split myself, I would not wish this on anyone,” Chrishell wrote.

New episodes of Dancing With the Stars air Monday nights on ABC.