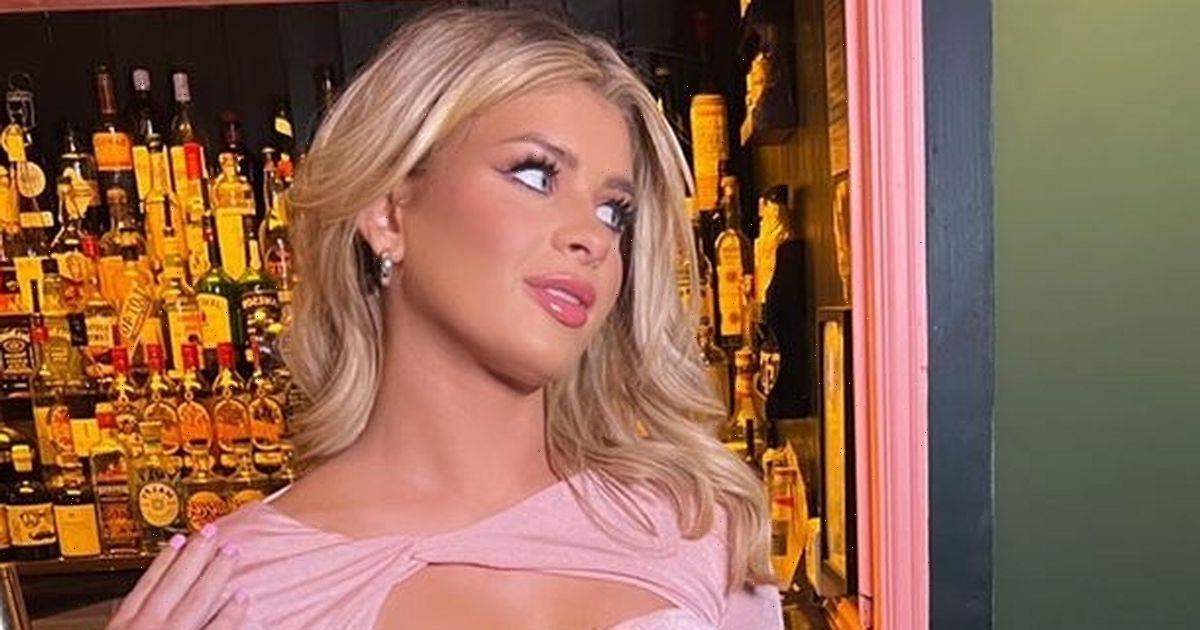 Liberty Poole's latest look could have caused chaos on the ice rink, because she'd be turning skaters' heads left, right and centre.

The Dancing on Ice beauty has been competing on the ITV show for the last few weeks alongside her pro skating partner Joe Johnson, and this weekend she had to dress up as a sexy zebra.

However, she managed to take some time out from her gruelling skating sessions to team up with some of her favourite brands.

On Tuesday, the star teamed up with Huda Makeup and Thomas Tatum for a glam Galentine's Day photoshoot.

Liberty looked lush when she wore a plunging pink top that released her killer figure.

It's fair to say Liberty's skater-body stole the show in the clingy pink piece, which featured a dazzling cut out style across her chest.

Up above, the glamorous garment was held together by a wafer-thin knot that bridged the piece together on each shoulder.

Liberty teased the upcoming project to her 1.5 million fans on Instagram, posting the pic to her Story as she revealed: "That's a wrap".

22-year-old Liberty was clearly excited about the snaps, because she shared other photos from the shoot whilst teasing: "Something exciting is coming,"

The Love Island star wasn't alone though, because she caught up with her best pals Bex White and Paige Skinner on the set, and the trio posed up a storm together.

In a clip, she said: "Hey guys, so I'm on shoot today it's something really exciting coming up and the best part about it is I get to shoot with my girls, so they're just getting their makeup done now."

"It wouldn't Galentine's without your girls, so I've got my girl Paige and Bex shooting today's collection with me. W're all in pink at the moment.

She then cheekily quipped: "Not to make the boys wink because it's Galentine's… having fun!"

For Saturday's edition of Dancing on Ice, Liberty was tasked with skating in a zebra outfit to the 2005 film Madagascar.

Liberty initially hoped she would be dressed as a Bond girl in 007 inspired routine – and she was surprised when her dance partner Joe revealed they would be skating in honour of the animated classic.

She said she channeled a "sexy zebra" in the performance, and received 27 out of 40 from the judges.

It was Ria Hebden who left the ITV show after losing the skate off to S Club 7 star Rachel Stevens.