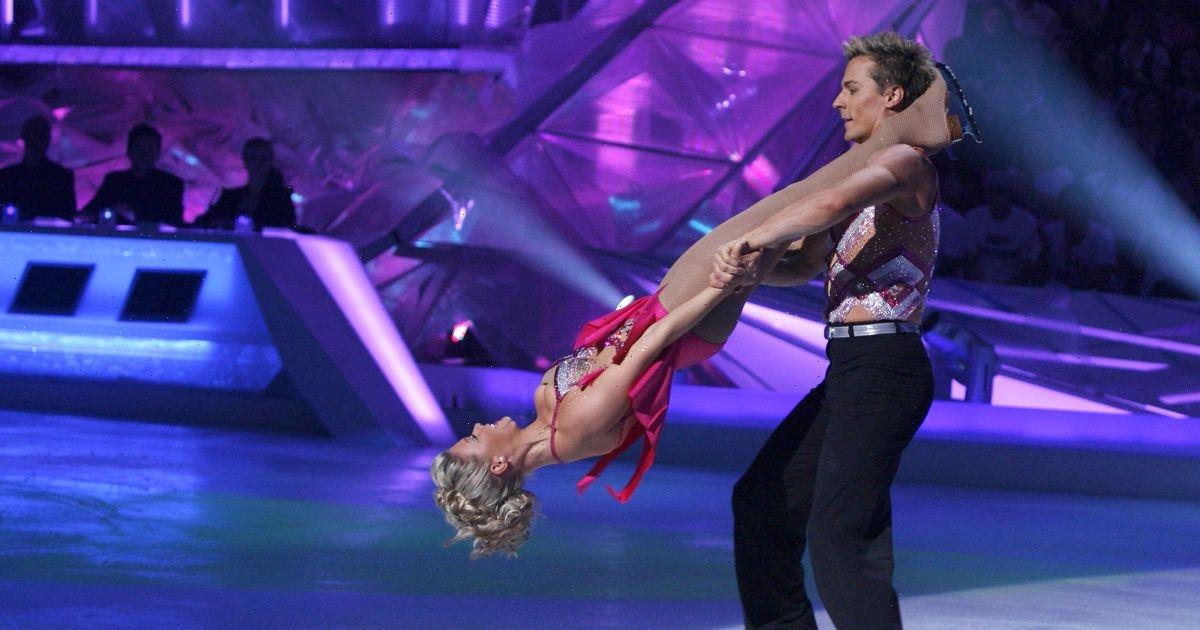 ITV’s Dancing on Ice is often regarded as one of the most dangerous shows on Television.

Over the years, several celebrities have taken to the ice and performed some of the most daring lifts and gravity-defying stunts.

On many occasions, these jaw-dropping lifts were perfectly executed, however, there were several times when they didn’t go according to plan and resulted in terrible accidents.

While some celebrities came away with a simple scratch, others have ended up bloodied and bruised, forcing them to take a trip to the hospital.

Here’s a look back at some of the most dangerous stunts performed on the ice.

The Scorpion Kick is a risky move that involves a skater arching their back and kicking up their leg.

Back in 2012, actress Jennifer Ellison attempted the move while dancing with partner Dan Whiston.

In what was described as one of the most gruesome moves from the entire series, the former glamour model raised her leg so high that the bottom of her skate pierced the top of her head.

Although she had sliced her head open and blood was pouring out, the Brookside actress continued her routine and received her highest score of the show at the point.

Celebrity contestants have attempted countless nail-biting moves over the years, but Perri Kiely arguably executed one of the scariest of all.

The Diversity member made history in the 2020 finale when he defied the odds and performed a gravity defying backflip while skating – the first the show had ever seen.

Alongside pro partner Vanessa Bauer and a team of pro dancers in the background, Perri zoomed across the rink, picking up speed before backflipping mid-skate.

The dancer left viewers with their hearts in their mouths, but successfully landed the jump and received a perfect 40.

The neck spin is when the skater’s ankles are wrapped around the neck of their partner.

They then spin round in a circle while holding on to each other, but eventually they let go and spin freely.

Many celebrities, including Chloe Madeley and Suzanne Shaw, have attacked and executed the daredevil move, but it hasn’t always gone to plan.

In 2012, when actress Jorgie Porter and partner Matt Evers were attempting it during training, the Hollyoaks star misplaced her skate and sliced Matt’s face open.

Despite the incident, the duo soldiered on and managed to deliver the move perfectly in the live show.

It was rare for a non-professional female skater to attempt this lift, however, back in 2013, Beth Tweddle did exactly that.

The former gymnast attempted it in training and successfully landed the lift, however, while partner Dan Whiston was re-gripping her hand, she lost her balance and smacked her head on the ice.

Despite the injury, the Olympic gymnast didn’t let it stop her and mastered it in her live show routine – the same routine she pulled off the headbanger.

The headbanger is a move that is attempted every season, despite it being one of, if not the most dangerous move on the show.

It occurs when the male skater holds his partner from her ankles, eventually moving her body up and down while spinning in a circle,

On several occasions, the move was attempted but without the body movement, meaning the female skater's head is further away from the ice.

In series one, David Seaman was the first male celebrity contestant to attack the move.

One hour before the live show, the former Arsenal goalkeeper was practising the risky move with pro skater Pam O’Connor, however he lost his grip and dropped her.

Pam was rushed to the hospital and received stitches after splitting her chin open.

No male celebrity performed the headbanger on a live show until EastEnders actor Sam Attwater in series six.