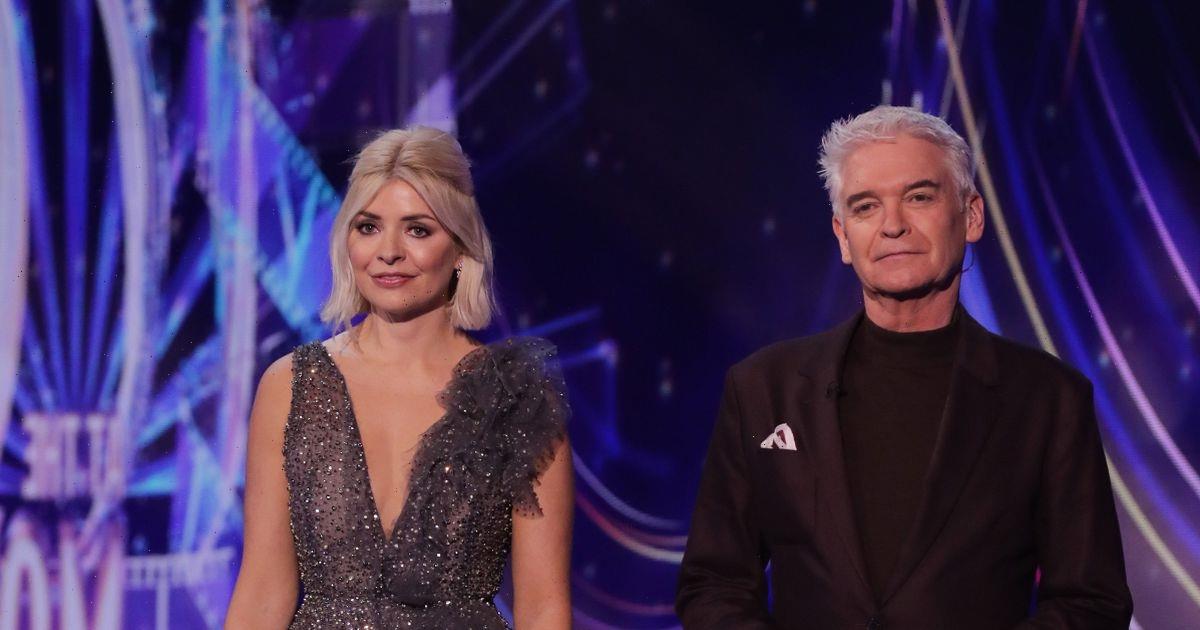 Dancing On Ice presenter Holly Willoughby was left emotional on Sunday night (February 6), as her usual co-host Phillip Schofield was replaced in a major shake-up.

The pair worked together when they were just starting out in the television industry, and couldn't help having a bit of a cheeky reminisce about their past.

As Holly asked Stephen if he was enjoying himself, he gushed: "Do you know something, I'm loving it! I feel like I'm getting in there! Also, I know Phil is watching – Phil, I'm having fun!"

As the duo introduced the programme, Holly said: "You may have heard that Phil is isolating, so for the first time ever he won't be here this week. I know he's watching at home – we're sending you lots of love, Phil!

"However, the lovely Stephen Mulhern has stepped in to save the day!"

As fans in the crowd began chanting Stephen's name, he laughed: "Thank you – please don't stop!"

He then turned to Holly to say: "Can you believe it's actually been 16 years since we have worked together on kids TV?"

"I know," Holly agreed. "Saturday mornings we used to do. And we've grown up now – we're grown ups! Look at us, doing proper big telly!"

Stephen joked: "Yeah, back by no popular demand. Incredible!"

Phillip was forced to miss the show due to a positive Covid-19 result.

Sharing a photo of his Covid tests, Phil informed his replacement that the show is a lot of fun.

Captioning the snap he penned: "Did two tests to be absolutely sure," followed by a crying face emoji.

He added: "Sorry @dancingonice. Have an amazing show @stephenmulhern it's so much fun x."

Following the presenter's announcement, a spokesperson for Dancing On Ice said: "This Sunday's episode of Dancing on Ice will be hosted by Holly Willoughby and Stephen Mulhern while Phillip Schofield continues to self-isolate."

Catchphrase host Stephen also shared an excited statement as he was announced as Phil's replacement, writing: "I’m very much looking forward to being back hosting alongside my good friend Holly this weekend.

"I’m a big fan of Dancing on Ice and for one night only I’m thrilled to be rink side watching the action unfold. It’s going to be unbelievable!"

However, Phillip's voice wasn't completely gone from the programme – as he was still featured as the voiceover in the WeBuyAnyCar sponsorship advert for the show.

Dancing On Ice airs Sundays from 6pm on ITV.