Dan Walker gets emotional as he hosts final Football Focus

Dan Walker said goodbye to Football Focus viewers as he presented his final episode of the show on Saturday. The star ended the programme by thanking viewers and the team behind the production, but it all got a bit too much for the presenter.

He began: “This show has been so important to me. I’ve worked on Focus actually nearly half my life.

“I’ve presented it for more than a quarter of it and there’s so much about it I will miss,” the star said choking up.

Dan continued: “I could still take you to the exact point I was standing when I was offered the job in 2009 and I’ve had so many happy memories since.

“It’s always been a real privilege to sit in this chair and I’ve worked with some amazing people.”

He thanked fans for tuning in and wished Alex Scott, who is taking over his role, the best of luck. 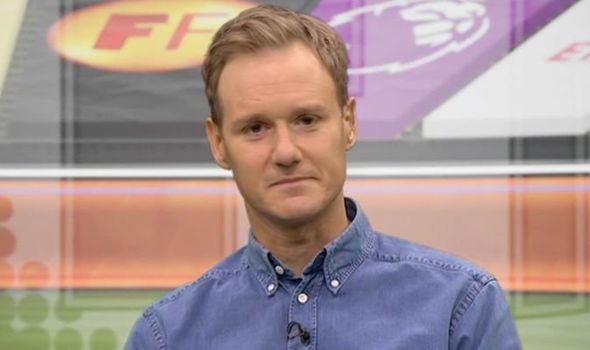