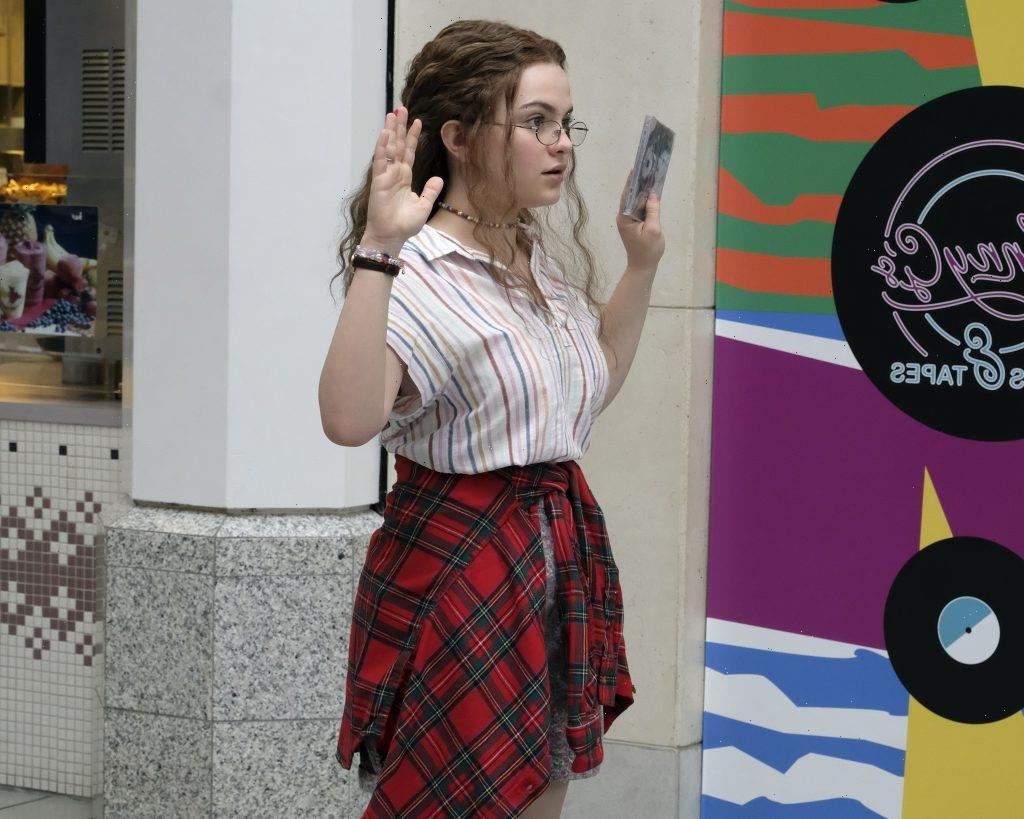 After watching the Freeform TV series Cruel Summer Episode 6 promo, many viewers think Jeanette Turner (Chiara Aurelia) is lying. Cindy Turner (Sarah Drew) believes that her daughter was somehow involved in Kate Wallis’ (Olivia Holt) disappearance. Did Jeanette see Kate Wallis when she was held captive at Martin Harris’ (Blake Lee) home? Some viewers even wonder, “Did Jeanette kidnap Kate?” Who is lying? The latest Cruel Summer Episode 6 trailer points to Jeanette as it reveals more of her secrets.

The Cruel Summer Episode 6 promo implies that Jeanette is not telling the truth. It shows her getting escorted out of the mall by a police officer. She’s also looking in a closet several times. Jeanette might be stealing clothing from the mall.

“I make trouble,” Jeanette says in the Episode 6 promo. “I just don’t usually get caught. It’s kinda cool almost getting in trouble but then not.”

Jeanette’s mother, Cindy Turner, begins to doubt her daughter even more. It looks like the next episode of Cruel Summer will make fans believe Kate over Jeanette.

“I don’t know what her involvement is in this whole Kate Wallis mess, but she is involved,” Cindy tells Greg Turner (Michael Landes). “It’s Jeanette; she’s lying. I feel it in my bones.”

In another Cruel Summer Episode 6 sneak peek, Jeanette’s mom gets an interesting phone call. The clip is from 1994 after Kate returned and began spreading the rumor that Jeanette saw her at Martin Harris’ house. Angela Prescott (Brooklyn Sudano) sent a gift basket to Greg Turner for helping her find the “perfect home.” While Cindy snacks on cheese from the basket, she answers the phone.

“Is Jeanette there?” the caller asks. When Cindy responds that she’s not home, the caller continues. “Dang, I was hoping for some kidnapping tips.”

Cindy gets very upset and tells the caller that they are “harassing an innocent family.” It sounds like the Turners get a lot of prank calls. Are the rumors spiraling out of control, or did Jeanette have something to do with Kate’s kidnapping?

There’s one more sneak peek for Cruel Summer Episode 6, but this one isn’t about Kate Wallis. Or is it? In this clip, Jeanette, Mallory Higgins (Harley Quinn Smith), and Vincent Fuller (Allius Barnes) are on their way to the mall in 1993. The three friends continue to work their way through their summer list. The next item up is #13, “Stealing.” Mallory points out that stealing is a “victimless crime” since large corporations work it into their budget.

As the three friends walk together, viewers notice that Jeanette wears Kate’s scrunchy in her hair. She no longer has the “You Go Girl” necklace around her neck but instead a choker. After watching this clip, many fans believe that Mallory might be involved in Kate’s disappearance, not Jeanette.

“I kind of think Mallory is the one who saw Kate at Martin’s,” one fan wrote on Reddit. “We know she was resentful of Kate before they became BFFs, and we know that she’s resentful of Jeanette in ’94. I have this idea in my mind that Mallory somehow got the key to Martin’s house and the ‘You Go Girl’ necklace from Jeanette’s jewelry box and that she’s the one who went to the house, saw Kate, and maybe dropped the necklace.”