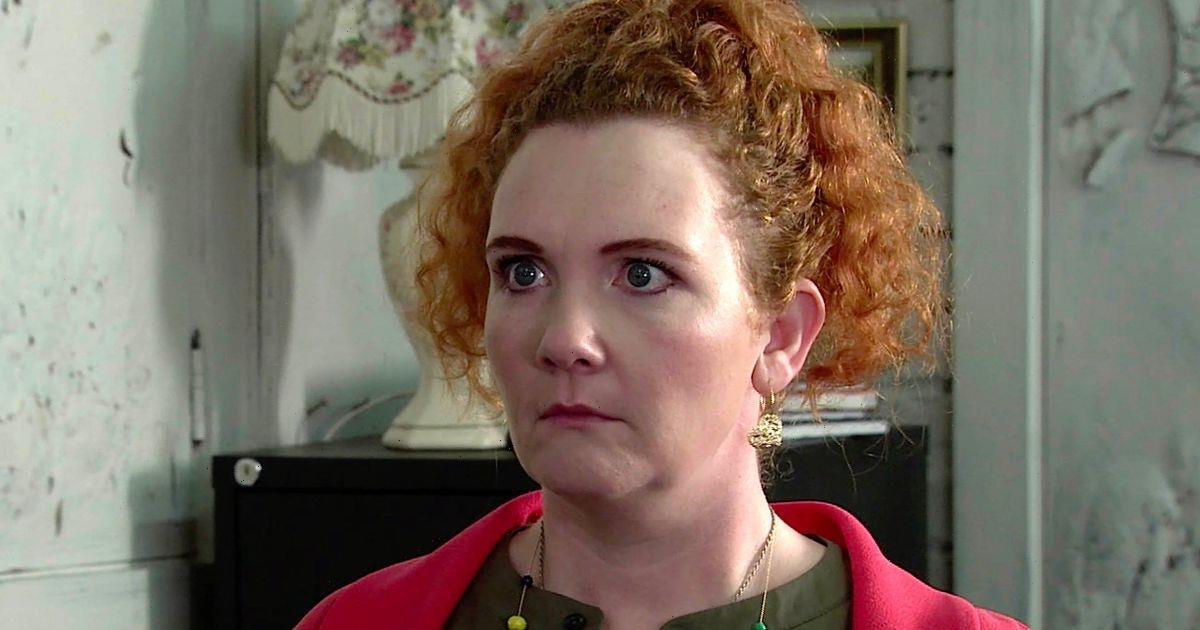 Over the past two decades, fans of the long-running ITV soap have watched the star grow from a teenage tearaway to a Weatherfield icon.

Fiz appeared as a troubled youngster briefly fostered by Roy Cropper (David Neilson) and his wife Hayley (Julie Hesmondhalgh) at the age of 16.

Opening up about her first day on set, Jennie told Daily Star and other press: "I was so nervous. It was with David and Julie and they were just so kind to me. It makes me emotional thinking about it.

"They were the most famous people I'd ever seen and they hadn't even been in it that long at the time."

Jennie went on to reveal that she even remembers her first-ever line as Fiz.

"It was when I gave my name. The social worker brought me in and I say 'My name is Fiz'’ in this cocky teenager voice, and he says 'Since when?' and she goes 'Since today because I don’t like being called Fiona', the soap star recalled.

She continued: "I was taking to the social worker and I say about Roy: 'You know he only puts the telly on when there’s something on he wants to watch'. I found that line really funny."

Jennie, who appeared in the seventeenth series of I'm a Celebrity… Get Me Out of Here! in 2017, admitted that she couldn't believe that she's been part of the Corrie family for two decades.

She said: "I doesn’t feel like it’s been 20 years at all. It feels bonkers and ridiculously ridiculous."

Fiz has been at the centre of some iconic soap storylines including when her husband John Stape (Graeme Hawley) committed three murders and had Fiz help him bury the bodies. She also had to implicate other people in order to cover for her evil spouse.

The former Underworld factory worker also gave birth to her daughter Hope prematurely during the live 50th anniversary episode, with Jennie becoming the first actress to act out a birth live on a soap opera.

Speaking about the memorable scenes, the 37-year-old soap star said: "Me giving birth while John Stape was wriggling around murdering people was really special to be a part of. A moment that none of us will forget.

"It's so hard to pick my favourite storyline but I love doing scenes with Chesney [Brown, played by Sam Aston] and I loved him being a little boy. I think of those scenes we had very fondly

"There’s been times when I’d do personal appearances and fans would say 'Haven’t you brought Chesney with you?'"

Fiz has become a fan favourite over the years and Jennie admitted that she's glad she doesn't play a villain.

"I’m sure it’s fun to play a bad person but the stick they must get on the street," the mother of two said.

She added: "Like Kate Ford, who plays Tracy Barlow, used to get terrible, terrible things happening to her on the street from fans."

Fans will have to wait and see who Tyronne ultimately picks.