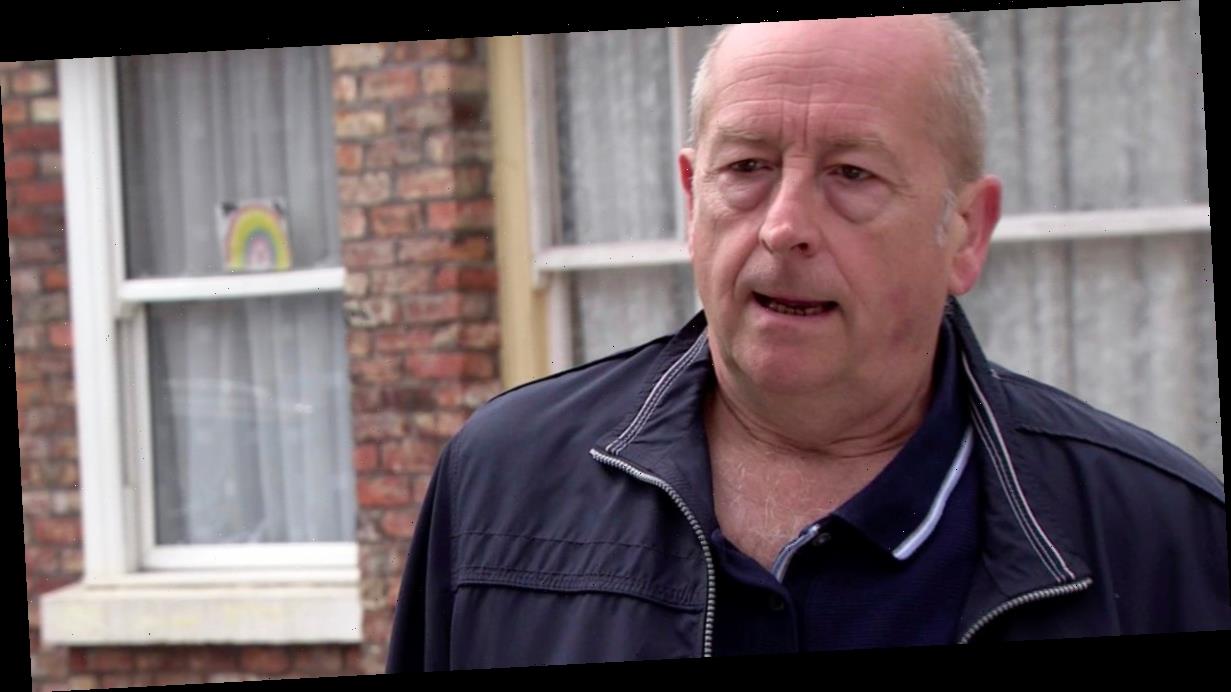 Coronation Street fans assumed Geoff Metcalfe's reign of terror came to an end after his death last year, but he will continue to haunt from beyond the grave.

After her evil husband's death, Yasmeen will be faced with the task of trying to move on, hoping to put the torrent of abuse behind her.

However, Corrie bosses are determined to do her storyline justice, highlighting the challenge victims of abuse face in recovering from their trauma.

Geoff, played by the award-winning actor Ian Bartholomew, will return in the New Year, continuing to haunt Yasmeen as she looks to the future.

While his character will not return from the dead, his memory is set to live in on the soap in a gut-wrenching twist for his ex-wife.

Speaking about the storylines to come, McLeod said: "Geoff's shadow will remain over her for some time. We'll actually literally see Geoff a couple more times actually,

"Fear not – the conspiracy theories on Twitter are not true. It's not like he's actually going to come back from the dead for real.

"But, we've got some clever sort of dramatic devices that will employ Ian Bartholomew's considerable talents and we'll see that play out over the start of the New Year.

"Anyone that's sort of clamoring to see Geoff again, you will kind of get your wish in a clever psychological story for Yasmeen."

During the filming of Yasmeen's abuse scenes last year, Corrie producers worked closely with women's charities to ensure they correctly represented the plight of victims of domestic violence.

Following through with their commitment to the harrowing storyline, the coming months will see Yasmeen grapple with her trauma.

McLeod explained: "What we were very keen to do was to continue to reflect the real-world experiences that people like Yasmeen go through.

"And actually escaping your abuser, whether that be through death or divorce, in some cases people have to literally flee the country. You might think, 'that's the end, hurrah it's all over'."

He continued: "In fact it's not – the psychological impact of what happens in these relationships can last forever, really. And also the practical side of what's happened to Yasmeen can last for a long, long time as well.

"We know, for example, that Geoff was embezzling money from her and taking out loans in her name without her knowledge and all the rest of it.

"And actually a lot of that will come home to roost for Yasmeen in a way that threatens to destabilise her recovery from what she's been through."

Thankfully, new character Elaine Jones, played by Paula Wilcox, promises to become Yasmeen's friend in her hour of need, bringing some lightness to the storyline.

The Corrie boss promised: "She'll come to play quite a pivotal role in Yasmeen's recovery storyline."

Can Elaine help Yasmeen to bury her memories of Geoff for good?

Coronation Street airs on Mondays, Wednesdays and Fridays at 7.30pm and 8pm on ITV.