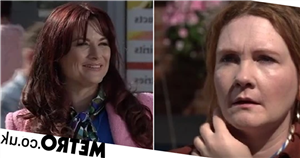 The path to her wedding has been rockier than a gravel driveway but Fiz Stape (Jennie McAlpine) is about to face another hurdle when she comes face to face with her husband-to-be’s ex.

And she is immediately stirring the pot, making it clear that she still has feelings for Phill Whittaker (Jamie Kenna).

Phil at least has the decency to look uncomfortable when he introduces Camilla to Fiz, who is not hiding her feelings of disdain.

‘There’s an element where she met Phill, he’s asked her out and she thought, why are you asking me out?’ actress Jennie mused.

‘And he told her he loves her and wants to marry her and, somewhere at the back of her head, she’s thinking this can’t be real. 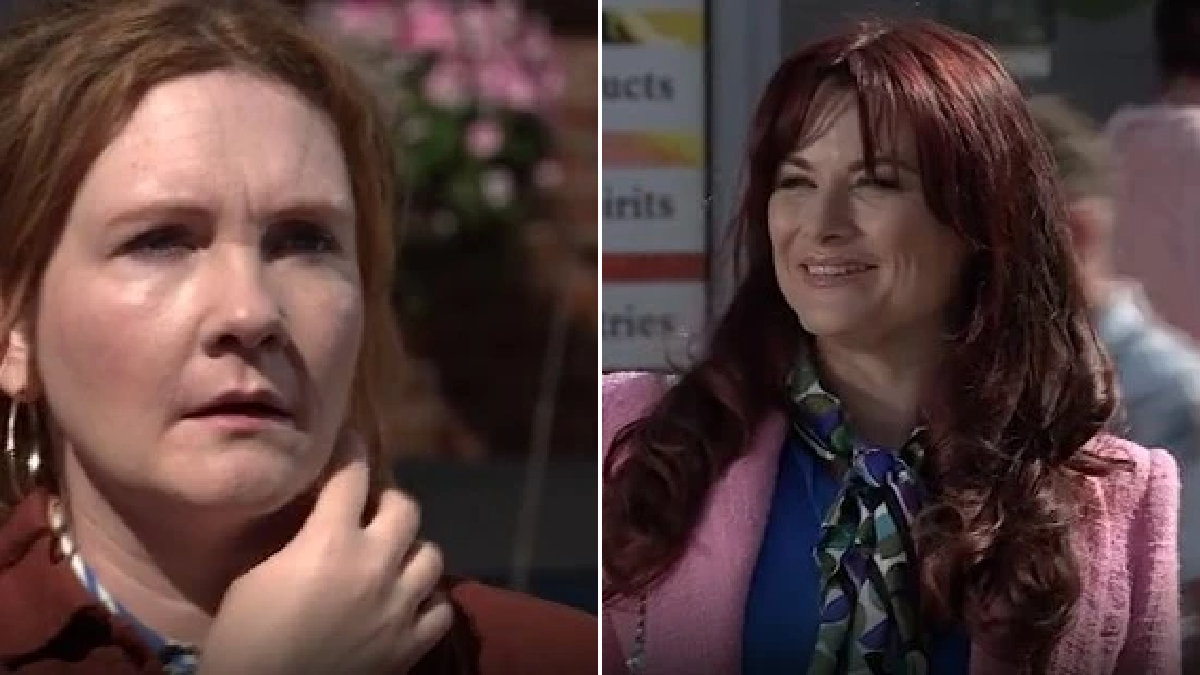 ‘And so when this gorgeous, successful ex-wife turns up she’s thinking: “of course he’ll go back her instead of staying with me”.

‘She think history will repeat itself and she’ll be left again. It doesn’t help her self-esteem.’

Of course she has every reason to feel uneasy given what Tyrone Dobbs (Alan Halsall) did to her.

But if she is seeking any reassurance from Camilla, she doesn’t get it!

With Camilla insisting there’s something more between herself and Phill, will this be the beginning of the end?

‘It’s what Fiz says to Evelyn in the pub: “this wedding is doomed,” – because it is,’ Jennie sighed.

‘Everything is going wrong, and it goes back to her thinking, “Why did I think I deserve this. This nice house, this nice man, and he is nice to me and this lovely wedding. I should have stuck with the Tyrone who cheated on me.”

‘So I think there’s a bit of that there.’