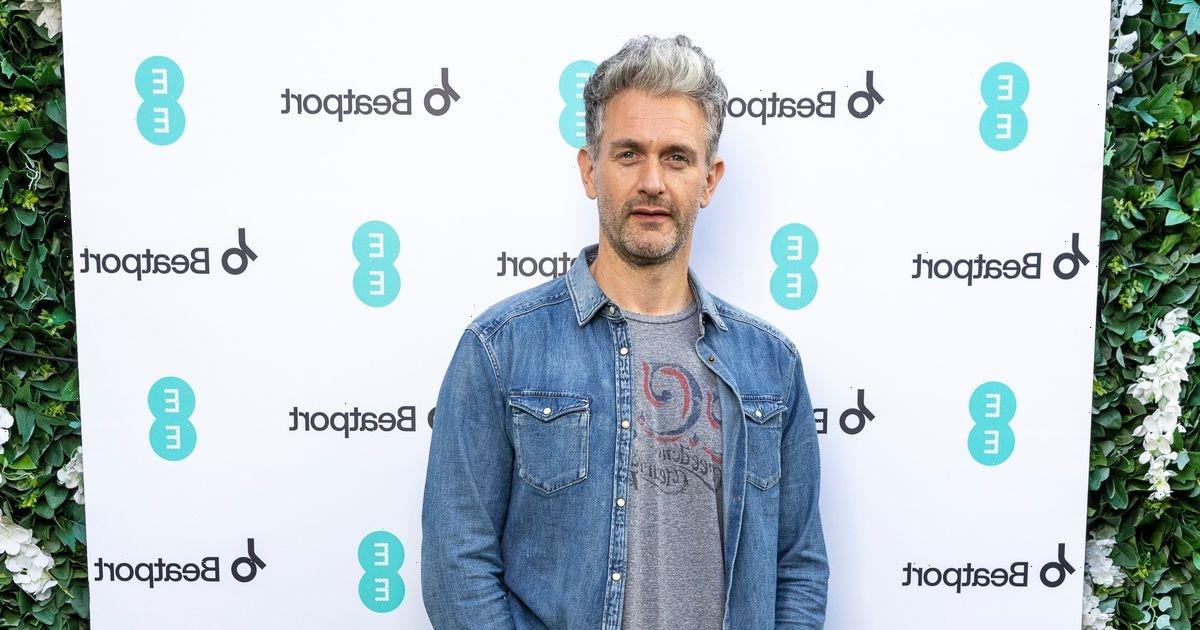 Coronation Street star Glen Wallace has revealed actors had to film intimate scenes with a tennis ball on a tripod during the peak of the global pandemic.

The silver fox has appeared in his fair share of long-form dramas over the years, and this Spring the Irish hunk ticked off the last show on his bucket list.

But as he stepped into the role of the dark and mysterious Lucas Kempton on the Cobbles, the 45-year-old found himself in the heart of a love triangle.

Due to the complications of the coronavirus, the cast had to get creative when filming on set due to the fact that the actors couldn’t stand closer than two meters apart.

In a recent interview with the Daily Star, the actor revealed how the crew on the Manchester-based soap kept the team safe while they continued to film the much-loved ITV soap.

Glen admitted: “It was very different in terms of the experience of it. Everyone was two meters away; they were very strict on that.

“We were all wearing masks right up until the point of action, and they reduced the amount of actors in a scene, so I felt very safe going into it.”

In order to keep filming, the team also tasked one employee to hold a two-meter tick around the set to make sure the cast and crew were properly distanced to keep within government guidelines for health and safety reasons.

“There was a person employed on Corrie with a two-meter stick,” he explained, “He literally went around going, ‘No, step back.’

“I think they were employed for locations but because we weren’t using any locations, he became the two-meter stick man.”

But when it came to the awkward love scenes, the production team had to get creative in order to film safely which made the already uncomfortable shots just a little more embarrassing.

He added: “My story with Lucas going in was about Carla and Peter and the love triangle. It's very difficult to do a love triangle when you’re two meters apart wearing a mask, so there were a few limitations.

"One of the guys was saying that he ended up making romantic gestures towards a tennis ball with a pair of sunglasses on because the actors couldn’t be there.

"So they shot the wide in two separate frames, stitched those together, and did the two singles with a tripod and a tennis ball. I didn’t have any of that thankfully," he joked.

As the UK slowly phased out the coronavirus restrictions, producers are gradually starting to reintroduce physical contact back in television again.

And Glen wasn’t alone in hailing the relaxation of the governmental guidelines as he emphasised the acting community are all very close with each other.

"The acting community are all very huggy and to not have that is hard," he admitted.

"James Sutton who plays John Paul on Hollyoaks agreed with me in that it’s not the job you do it’s the people you do it with.