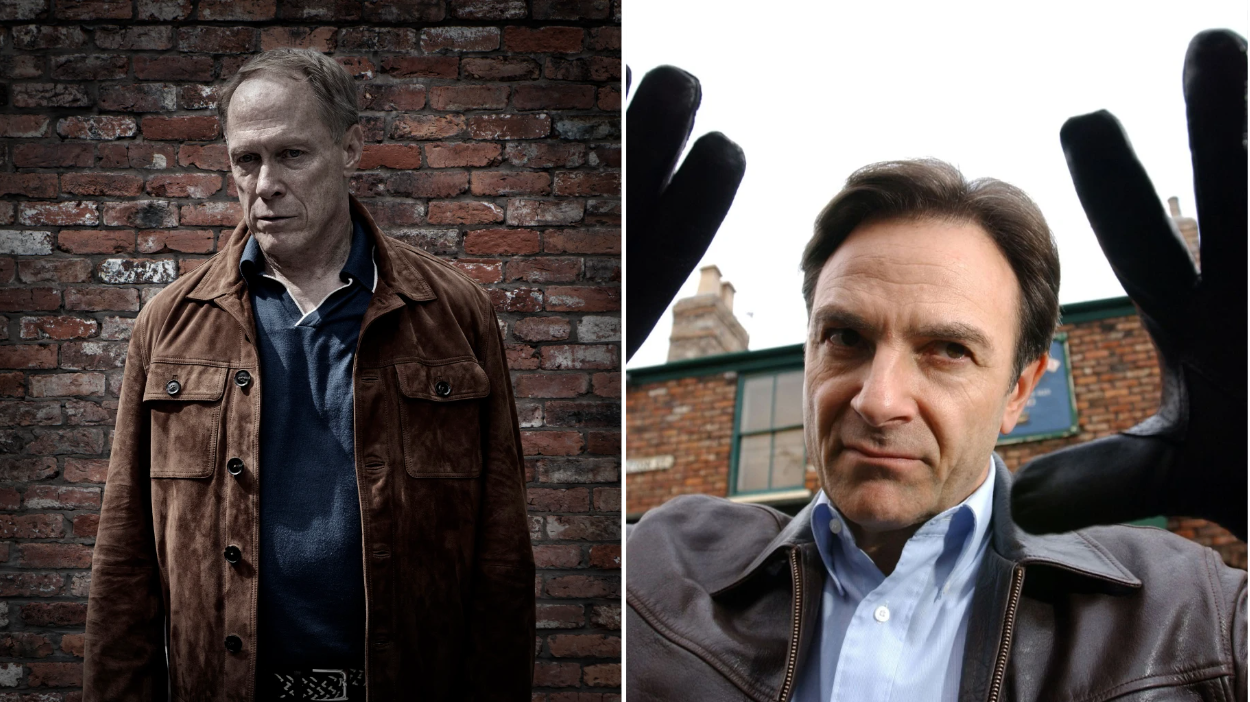 Watch out, there’s a new murderer in Coronation Street! This time, it comes in the form of Canadian conman, Stephen Reid (Todd Boyce).

This week, viewers said a shocking goodbye to Leo (Joe Frost), who was killed by Stephen after a showdown on the factory gantry.

The murder came after a fight broke out between the two of them over Stephen’s crimes and lies.

Stephen was forced to leave a lifeless Leo- in a bin and attend lunch with Sarah (Tina O’Brien) and when he returned, he tipped the bin over and moved the body into the back of a van.

But now that Stephen has had a taste of murder, will he strike again and follow in the footsteps of other villainous characters?

Actor Todd Boyce is ‘really excited’ to be playing Corrie’s latest villain and couldn’t help but compare Stephen to some of the greats.

‘God, I mean, Connor McIntyre, I’m just so in awe of him, who played Pat Phelan. And then Brian Capron, you know, Richard Hillman, and I’m just so honoured that Iain MacLeod phoned me out of the blue and said, “hey, do you want to come in?” And I thought, what an honour.

Todd found out about the storyline in February, on a Zoom call with producer Iain MacLeod.

‘He just unleashed this outline, and I was made aware that I was going to be a murderer,’ he said.

‘It was really exciting. Earlier he said, “you know, we can take Steven anywhere because he’s quite a blank canvas”.’

It certainly appears as though Stephen as the potential to become the next Richard Hillman, so residents of the street better watch out…