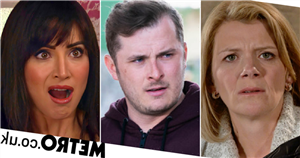 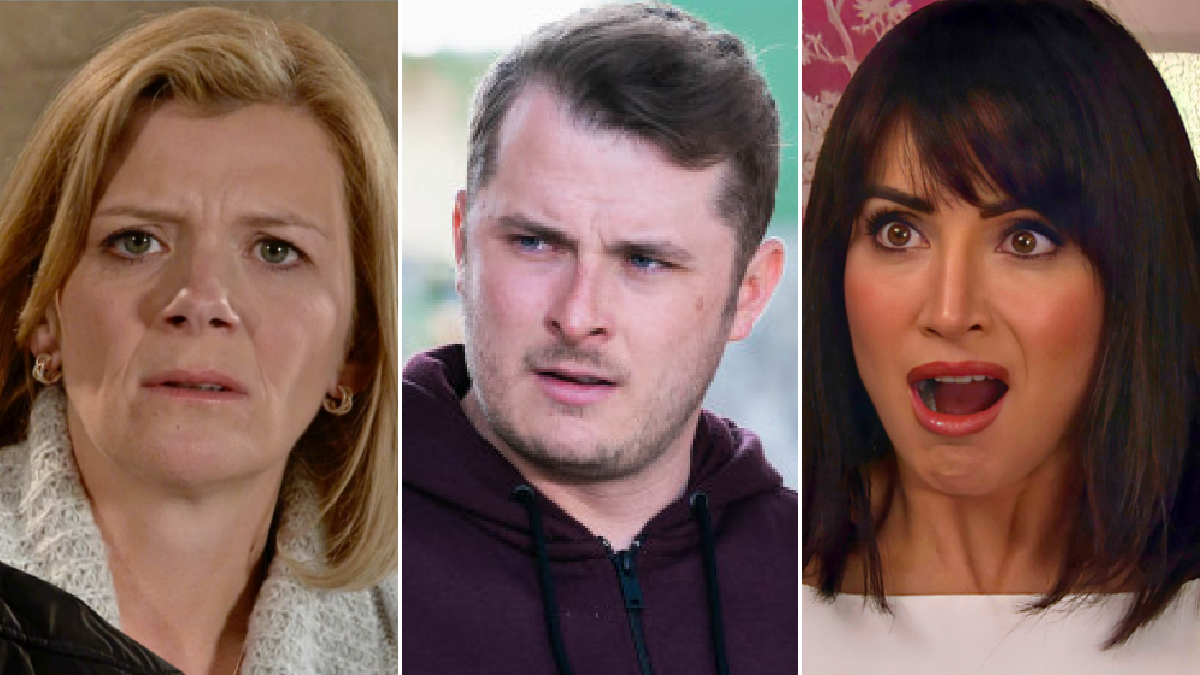 Euro 2021 has commenced, which means that, for soap fans, there are changes to your favourite serial dramas’ regular broadcasting pattern.

But with more options on the table than ever before, you will still get your weekly fix of life in soapland.

For the first time ever, Coronation Street, Emmerdale and EastEnders will be available to stream ahead of broadcast, meaning that you can catch every episode of the aforementioned soaps on ITV Hub and BBC iPlayer.

In fact, you can do so right now, as all of this week’s outings are now streaming! If you prefer you soaps nightly, however, then fear not, as they will still air, albeit in different timeslots.

Hollyoaks, meanwhile, will air as normal on Channel 4 and E4, respectively.

And what a week our soap favourites have in store for us! With dilemmas aplenty in Weatherfield, and huge decisions being made in Walford, conflict is rife to say the least.

Whether your intent on streaming them all in one go, rationing them out or catching them on the telly, the soaps are on top form this week, and here’s all the must-see moments that you’ve got in store.

Nina tries to get her hands on some booze, but Carla assures her alcohol is not the answer. The young woman gets into a taxi, much to Roy’s dismay, and when she speaks to an older guy named Hughie, Daisy is left concerned for her wellbeing. Hughie, meanwhile, invites Nina back to his hotel, and upon arriving, Nina clocks Corey with Tommy Orpington. She wastes little time in revealing that he killed her boyfriend, but as he and his mates head off, she picks up his award and gives chase.

Mick helps a taxi driver give birth in EastEnders

Mick assures Linda that, come hell or high-water, he will attend the scan with her. However, when Jeanette the taxi driver goes into labour, he’s forced to stay put. Linda, meanwhile, waits at the hospital withoutMick. Later, Mick attempts to explain himself, but Linda has made a decision about the baby. Mick explains he will love said baby no matter what, but Linda is concerned about Max being involved in the child’s life. What will she do?

Ben and Aaron track down Liv in Emmerdale

Ben offers to accompany Aaron on his trip to find Liv and, after some difficulties, they eventually find the caravan park. Liv is in the throes of a seizure, and it turns out that this is, in fact, her second seizure in as many days. Sandra is disturbed to realise just how self-destructive her daughter’s behaviour has been. The question is: will Liv return home with Aaron? Or will she stay with Sandra?

Liberty is missing in Hollyoaks

Liberty is missing, and the search commences, as her nearest and dearest do everything they can to track her down. Damon, meanwhile, receives an unusual message from Liberty, who allegedly says that she needs some time away. Later, he finds a goodbye letter on The Love Boat, and believes that she has left him.

Fiz has the last laugh in Coronation Street

Tyrone admits that Alina chose his new clothes, and when he shows up at Curtis’ cocktail evening at the bistro, Fiz’s heart sinks. Fiz, however, ultimately has the last laugh. The question is: what exactly is it that transpires?

Terry offers Kathy a hand in the cafe in EastEnders

Sonia attempts to find out what Terry’s plans are for Father’s Day. Terry, however, is oblivious to the special occasion. He later steps in to assist Kathy with the café and boasts to the customers about his daughter, which leaves Sonia inspired. Kathy’s impressed to see things running smoothly and agrees to take his number!

Leyla’s desperation to get Liam down the aisle is mirrored by Bernice’s determination to stop the wedding, and as the wedding day arrives, Leyla finds Bernice in a wedding dress! Is Bernice up to her old tricks? Will she storm the wedding and profess her undying love for ex Liam? Or will Liam perhaps marry his former flame over Leyla? Decisions, decisions.

Shaq opens up to Verity about what really happened the day before his wedding, revealing that he discovered that his dad wasn’t actually his real dad. Verity advises him to speak to Misbah, but will he discover who his real father is?

Leanne, Nick and Simon return to the cobbles. DS Glynn pops round to remind Leanne how important her evidence could be in order to put Harvey behind bars once and for all.

‘Just last month, Harvey’s gang were dealing pills that resulted in three teenagers being placed into intensive care,’ he tells her.

‘I know there’s no such thing as a nice drug dealer, but we made info on that batch public, and they continued to sell. They knew what they were dealing, and they promised those kids that it was safe.’

Will Leanne do the right thing?

Callum opens up to Whitney in EastEnders

Ben spots Callum getting into a cab with Whitney. They’re heading off to visit Fitzy, but to Ben it looks like something else entirely. Callum opens up to Whitney about how he’s feeling in the wake of the stabbing, and she recognises it’s his PTSD.