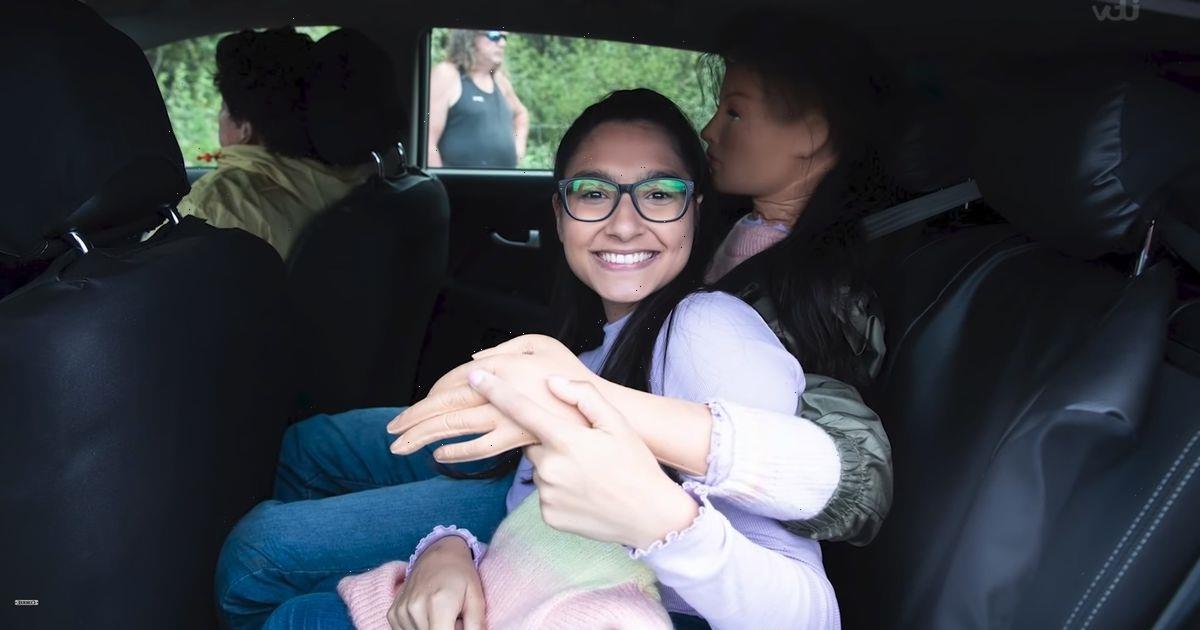 Coronation Street has released a special behind-the-scenes look at how the Alahan’s deadly car crash scenes came together.

Last night’s episode saw a fatal collision as Dev (Jimmi Harkishin) and his children Asha (Tanisha Gorey) and Aadi (Adam Hussain) were involved in a traffic accident with Harvey’s (Will Mellor) prison van.

As Harvey escaped in handcuffs ready to confront the Battersby sisters back in Weatherfield, Dev was left facing every parents’ worst nightmare as he had to choose which of his twins to save first.

Dev dragged daughter Asha to safety, but as he went to return to the scene, the car exploded – leaving viewers heartbroken that Aadi was still inside the burning wreckage.

And now soap fans have been given an insight into how the memorable moment was filmed, including using lookalike dummies and rain bars.

Filmed on location, Jimmy, who plays Dev, tells viewers: “We’ve just started the stunt. This is where Dev takes his kids camping, so you know it’s not going to end well.”

“We’re here in sunny Bolton and it’s a really lovely day, but it’s supposed to be raining, so we’ve got rain bars instead of proper rain, which is a bit weird.”

His on-screen daughter Tanisha later gives fans a tour of the shoot, including into the car itself where dummies were used in place of the actors.

She says: “It’s crazy to see the dummies. They’ve got the same clothes as you, and the same hair as you, they’re a bit scary though, as well.”

Elsewhere, the scene’s director Brett Fallis opens up about the challenges of making sure the stunts went seamlessly.

He explained: “Filming a stunt takes a long time, there are a lot of elements to do. The weather’s not really been on our side.Ironically we want it wet, and of course whenever you want it wet, it’s not.”

But the crew have ingenious ways of creating bad weather conditions for the scene, using a fire-engine style vehicle that wets the roads to make it appear as if it’s been raining.

The director also revealed they’d used up to 12 cameras for one set-up, which capture all the different angles.

He said: “When that’s all cut and edited, the whole thing will turn into one seamless sequence and hopefully it will entertain our viewers at home.”

For more soap interviews and spoilers, sign up to our daily OK! newsletter.Coronation Street continues tonight at 7pm on ITV