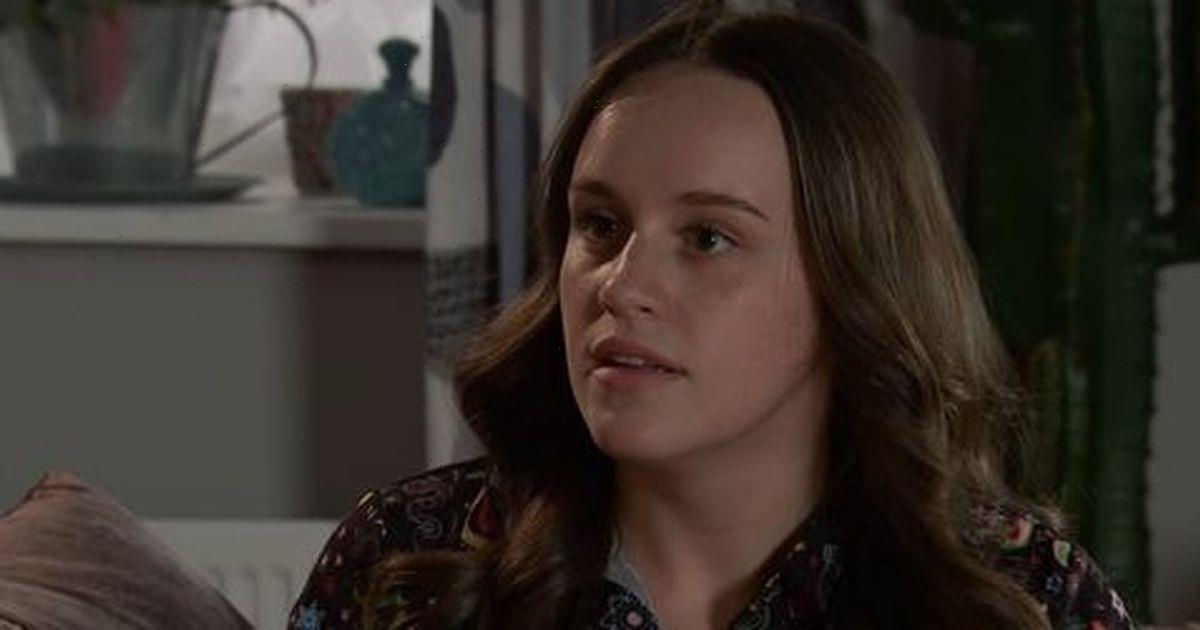 Ellie Leach looks worlds away from her Coronation Street character Faye Windass while holidaying abroad and getting glammed up for a night out.

The stunning brunette, 21, posed for a snap on her hotel's balcony while updating her followers that she was on the first night of her "hols".

Known for her harrowing and moving storylines on the cobbles as Faye, it was nice to see Ellie enjoying some downtime in real life as she posed up a storm in a teeny orange mini dress.

Ellie donned a golden sun kissed tan and wore her hair down and framing her face.

With barely any makeup on and just a glossy pout, the ITV soap star looked laidback yet chic as she headed out on the town.

The bright orange dress she donned contrasted beautifully against her tan, and was ultra short and featured ruching down the centre while she held a gold clutch bag and teamed the look with gold sandals.

While Paddy Bever, who plays Max Turner in the soap, shared a love heart and flame emoji.

While others in the comments sectioned wrote: "LOVE that colour on you El you look beautiful."

And: "Oooo love the colour! It certainly makes you pop! Orange suits you!"

Ellie first appeared on the cobbles as Faye in January 2011, with the character being a staple ever since.

She is the daughter of Tim Metcalfe and sister of Gary Windass by adoption, after being adopted by Anna Windass when she was nine years old.

Currently in the soap, Faye is going through the perimenopause which is preventing her and long time love interest Craig Tinker from getting pregnant.