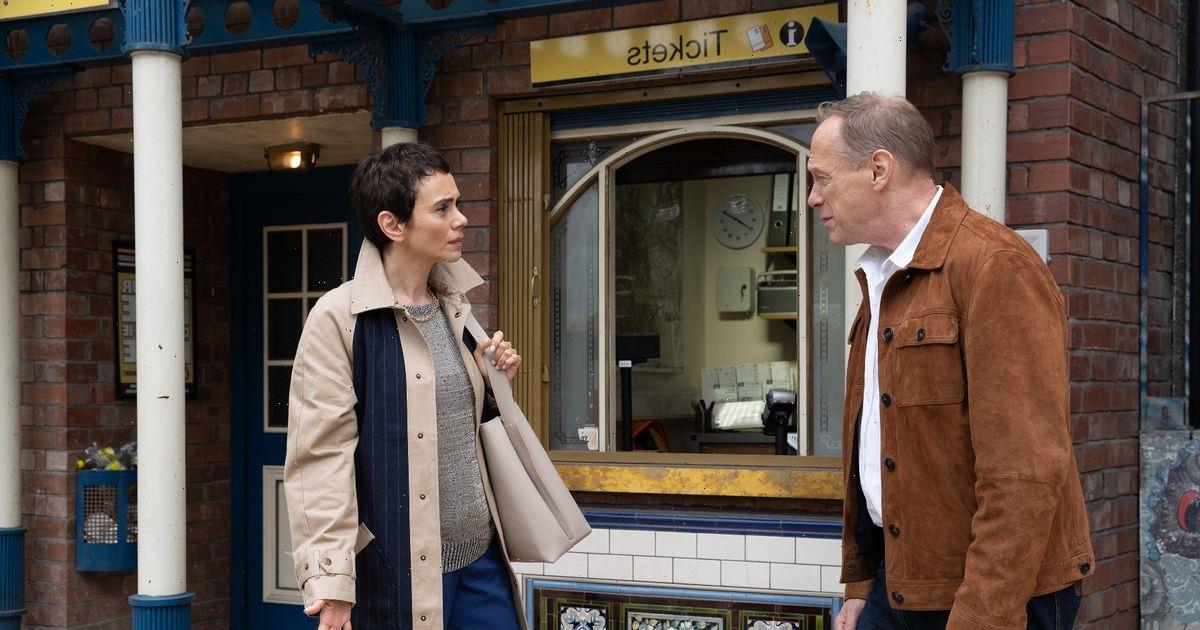 Fans of the ITV soap are aware that Stephen slammed Leo Thomkin's (Joe Frost) head against a metal pole before throwing him off a balcony and into a bin below in recent scenes.

However, Stephen is left worried as Jenny Connor (Sally Ann Matthew) and Teddy Thompkins (Grant Burgin) arrange to meet up at the Bistro to discuss finding Leo.

He takes a photo of them together in the street and send them to Teddy from Leo’s phone with a message telling him that a mate saw them and thought he might be interested.

To Stephen’s horror Teddy says he is going to go to Canada to speak to Leo face to face.

Stephen does his best to fob her off, but Gabrielle makes it clear she’s running out of patience.

He can’t believe his luck when mum Audrey Roberts (Sue Nicholls) hands him her phone and asks him to turn off notifications as it is driving her mad.

Stephen meets up with Gabrielle and tells her he’s expecting the mortgage broker to call on Audrey’s phone, he needs her to pretend to be Audrey and that way she’ll get her money.

Convinced he is going to get the equity release money he tells Gail Platt (Helen Worth) that he has decided it might be time for him to move on now Audrey is feeling better but he is shocked by an announcement from Audrey.

When Audrey and Sam Blakeman (Jude Riordon) suggest they could see the Northern Lights in Canada and stay in one of his properties to save money, Stephen is thrown into panic.

In a bid to scupper Audrey and Sam’s Canadian plans, Stephen convinces Gail that the weather is too harsh for them and they’d be better off in Norway on a cruise and he will book it.

Elsewhere, a stressed Fiz Stape (Jennie McAlpine) calls in the pub and tells Tyrone Dobbs (Alan Halsall) she’s had a call from a journalist wanting to run an article about John Stape.

Fiz ends a call with the journalist and tells Tyrone that they’re planning to serialise a book about her killer ex in the paper. Tyrone reckons Phill Whittaker (Jamie McKeknna) behind it.

Having seen the doctor, Summer admits to Aaron she can’t help feeling upset.

Esther’s gutted to learn about the planned termination and offers her money in a bid to change her mind.

Billy Mayhew (Daniel Brocklebank) appears and is horrified to realise that Esther was trying to buy Summer’s baby and orders her to leave.

When Billy infers that he disapproves of abortion, Summer heads to her room, upset.

Todd Grimshaw (Gareth Pearce) speaks to Billy about how Summer feels and tells him he must support her. How will Billy react?