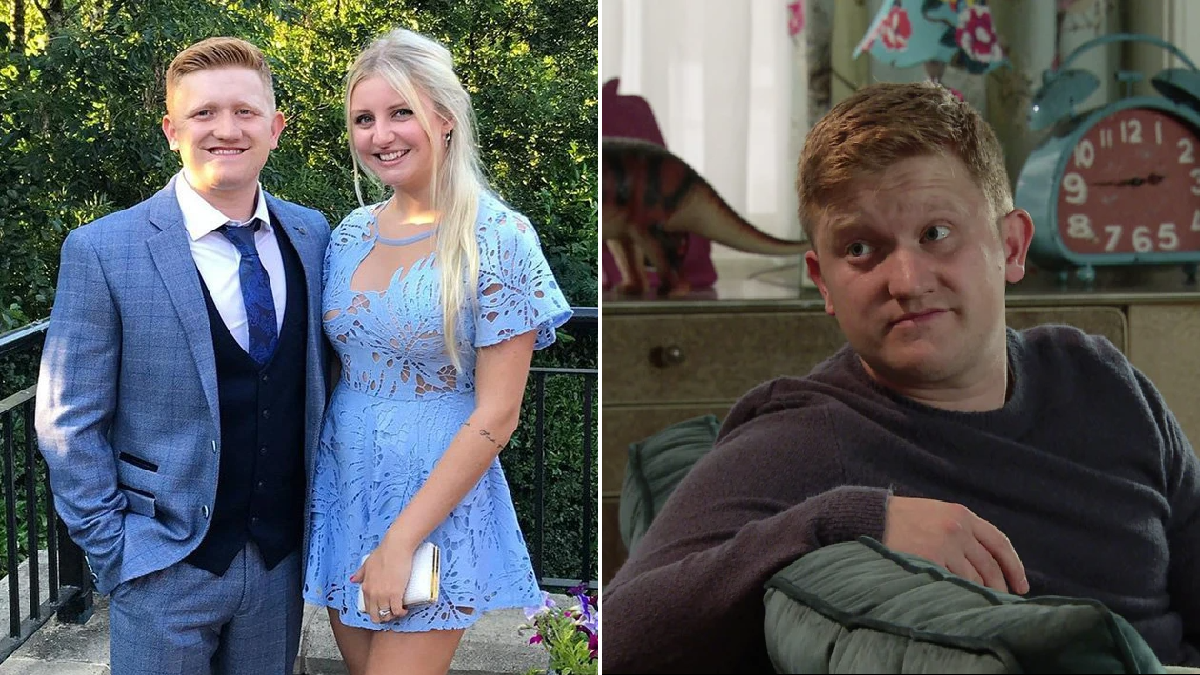 Coronation Street’s Sam Aston has recently become a dad for the second time, and he’s revealed details of the ‘euphoric’ birth of daughter Daisy Josephine – and how they chose her lovely name.

Sam, who’s played Chesney Brown in Corrie since 2003, told OK! Magazine that Daisy was born at home. His wife Briony, who is a yoga teacher, was in the shower when contractions started ‘coming thick and fast’ and Sam was quickly on the phone to the midwife.

Briony wanted to have the baby in a birthing pool, and Sam and his father-in-law – who had arrived to look after the couple’s 22 months old son Sonny – were soon busy boiling kettles to fill the pool up.

Briony had planned a playlist to accompany the birth but in the end decided not to use it and the baby was born in the quiet candle-lit atmosphere with Sam by Briony’s side.

‘It was euphoric,’ she says. ‘It was exactly what I wanted. I would do that every day of my life if I could!’

As soon as the baby was born the family welcomed her by playing the song ‘My Girl.’ ‘It was such a lovely moment,’ Briony remembers.

The couple chose the name Daisy Josephine partly to honour various family members. Josephine is for Sam’s brother and Briony’s granddad, who are both called Joe. Briony’s mum is called Margaret, and the French version of the name, Marguerite, is also a type of daisy.

After the blissful experience of the birth, being the dad of two very young children is proving to be hard work for Sam. In Corrie he’s the dad of five children, including quads. ‘My current life actually goes very well with my storyline and Chesney having quads,’ he says.

‘It’s full-on from the moment we wake up. It’s like having a job! Sonny has us up at 5am and there is no time to think as the day is just gone. If you see me looking knackered on the screen it’s because I am! A lot of people go to work for a break from their kids but I’ve got five kids at work.’