Harriet Bibby is in the middle of a dramatic storyline in Coronation Street, as her character Summer has recently suffered a miscarriage after promising to give the baby away to a couple who have been unable to conceive.

The couple in question are Mike (Tom Lorcan) and Esther (Vanessa Hehir), who have already given Summer money for the child that she was carrying.

Summer is now trying to balance the web of secrets and lies she has weaved, alongside Aaron (James Craven).

However, things are set to get even more complicated for Summer, according to Harriet. She told Metro.co.uk to expect ‘a lot of twists and turns’.

‘I think it’s conflict in Summer’s head as well because she’s not a dishonest girl. Billy’s instilled in her to tell the truth and be good. So I think it’s a conflict in her head of what is the right thing to do. 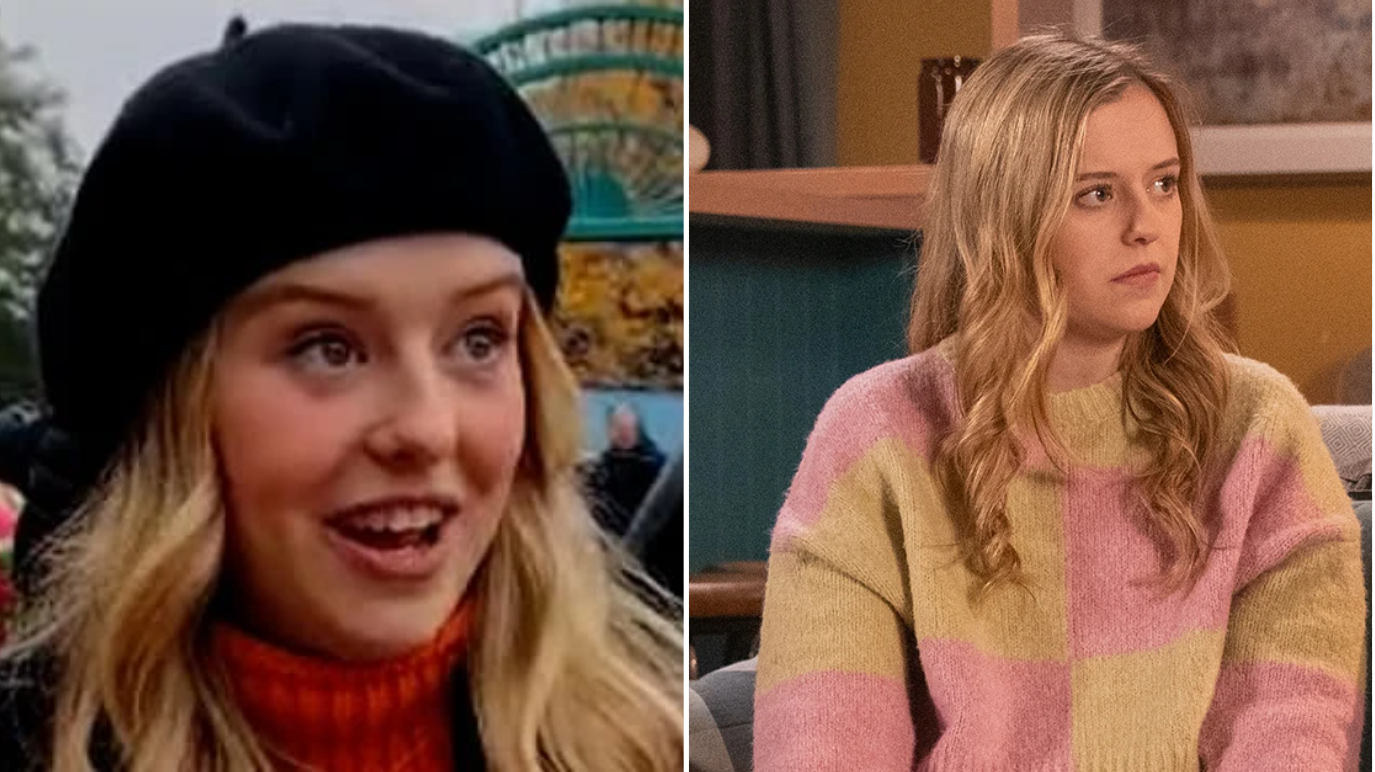 ‘Hopefully that’ll read. But with those intentions she lands herself in some tricky situations so we’ll see how she navigates it.’

This year has been a traumatic one for Summer in many ways, but Harriet is embracing the challenge.

‘It is quite exhausting but I’m just so grateful that I’ve been trusted with these storylines’, Harriet told us.

‘Obviously that’s led into all of the other dramas that Summer’s faced so I’m just grateful.’

Corrie have just unveiled their new precinct set, and Harriet explained how this will feature in her storylines going forward and she is particularly looking forward to filming in the new shops.

‘I think a lot of the teen cast will come down here. You often say to your mates – or I did when I was younger – ‘Are you coming down to the shops?’ or whatever. I think they’ll be hanging round the Sweety Nuf, definitely!’, she laughed.

‘And I think also having we’ll be seeing Roy and Evelyn in the charity shop quite a lot which will lead to loads of funny scenes.

‘I think I’m filming one of the first scenes here on Monday, which is very exciting. It’s nice because we’ve heard about the precinct so much, so to open that world up a little bit and actually see inside the world of the characters a little bit more, it’s really exciting.

‘It’s the first time I’ve seen it today. Some sneaky cast members have already come and had a sneaky little look when we’ve been filming but I haven’t, I’ve been good.

‘It’s amazing, I love it. It looks really real, it looks lived-in, it looks weathered. It’s what you want it to look like.’