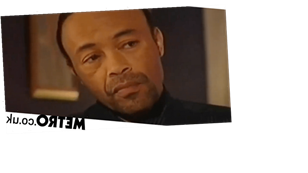 Coronation Street star Alan Igbon has passed away at the age of 68, his niece has revealed.

Lee-Ann Igbon confirmed the news of her uncle’s passing on Facebook.

He wrote on Twitter: ‘Another sad loss, #AlanAdjIgbon..Riep Adj. Boys from the blackstuff,Scum,Gbh,Brooky, Corrie,Adj graced them all

‘A very underrated actor,Adj was an inspiration to me,he and @PaulBarberActor made me realise “Yes it can be done” Goodbye Adj, never forgotten’

He appeared as Tony between March and September 2003. The character re-appeared on the cobbles in 2014, with actor Terence Maynard taking over the role.

Prior to portraying Tony, Alan also appeared in Corrie back in 1975, as soldier Steve Baker.

In addition to Corrie, the actor was also known for his roles in Brookside, Scum, G.B.H and The Bill.