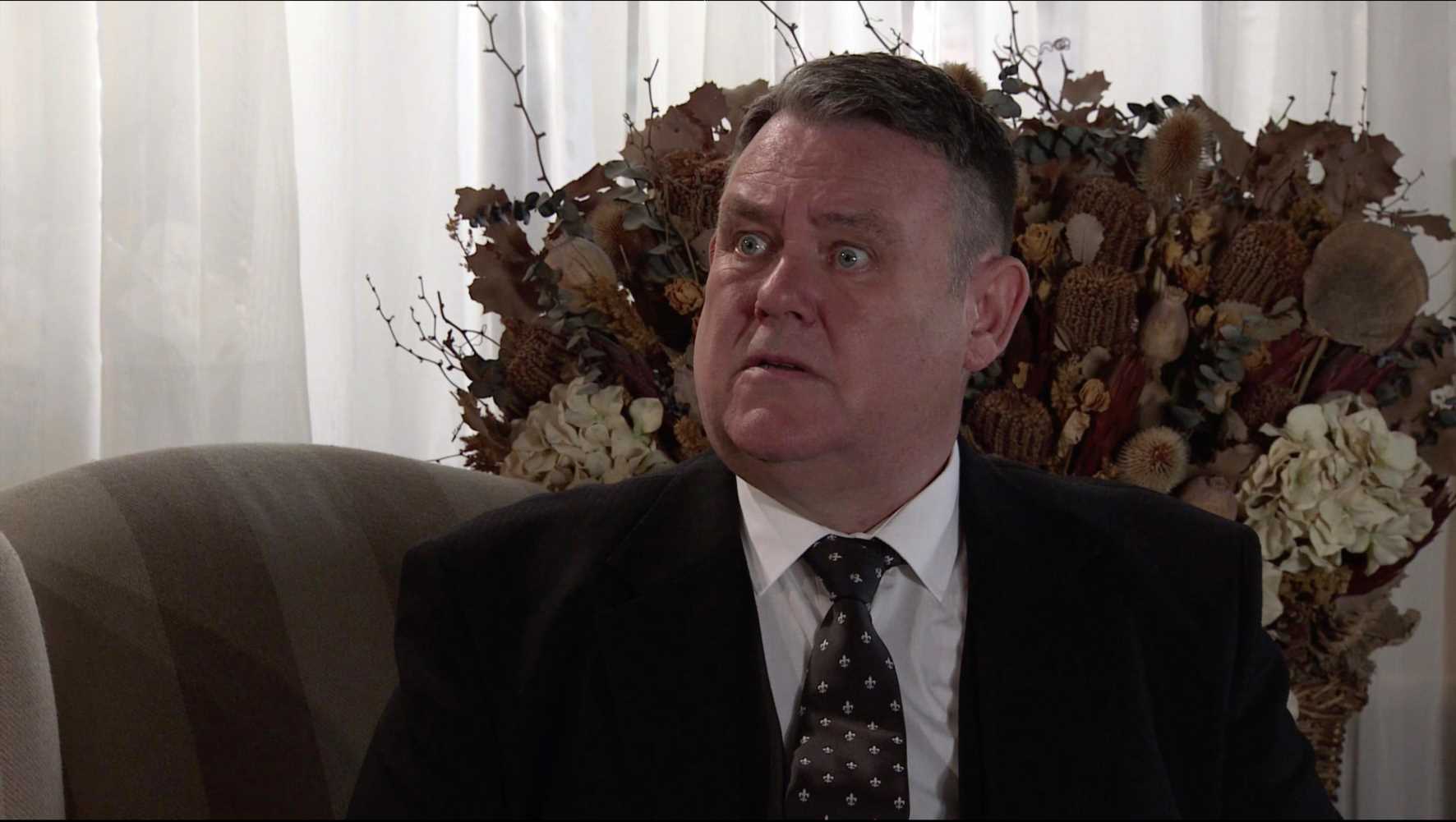 TODD Grimshaw is shocked out of his skin as he finds Pat Phelan in the funeral parlour’s basement next week in Coronation Street.

Todd found a safe haven with his boss and funeral parlour owner George Shuttleworth after his scheme to split up Billy and Paul was exposed. 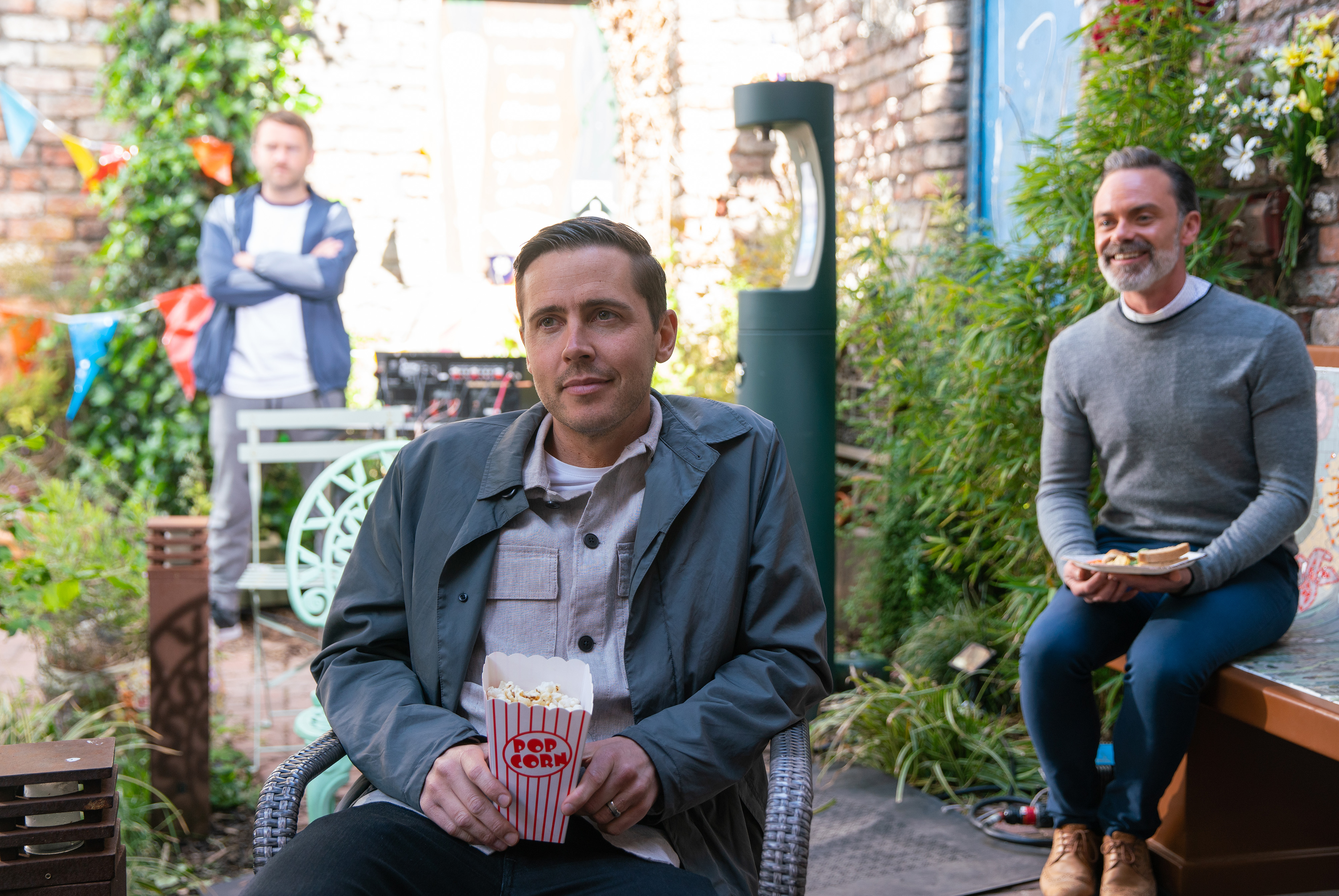 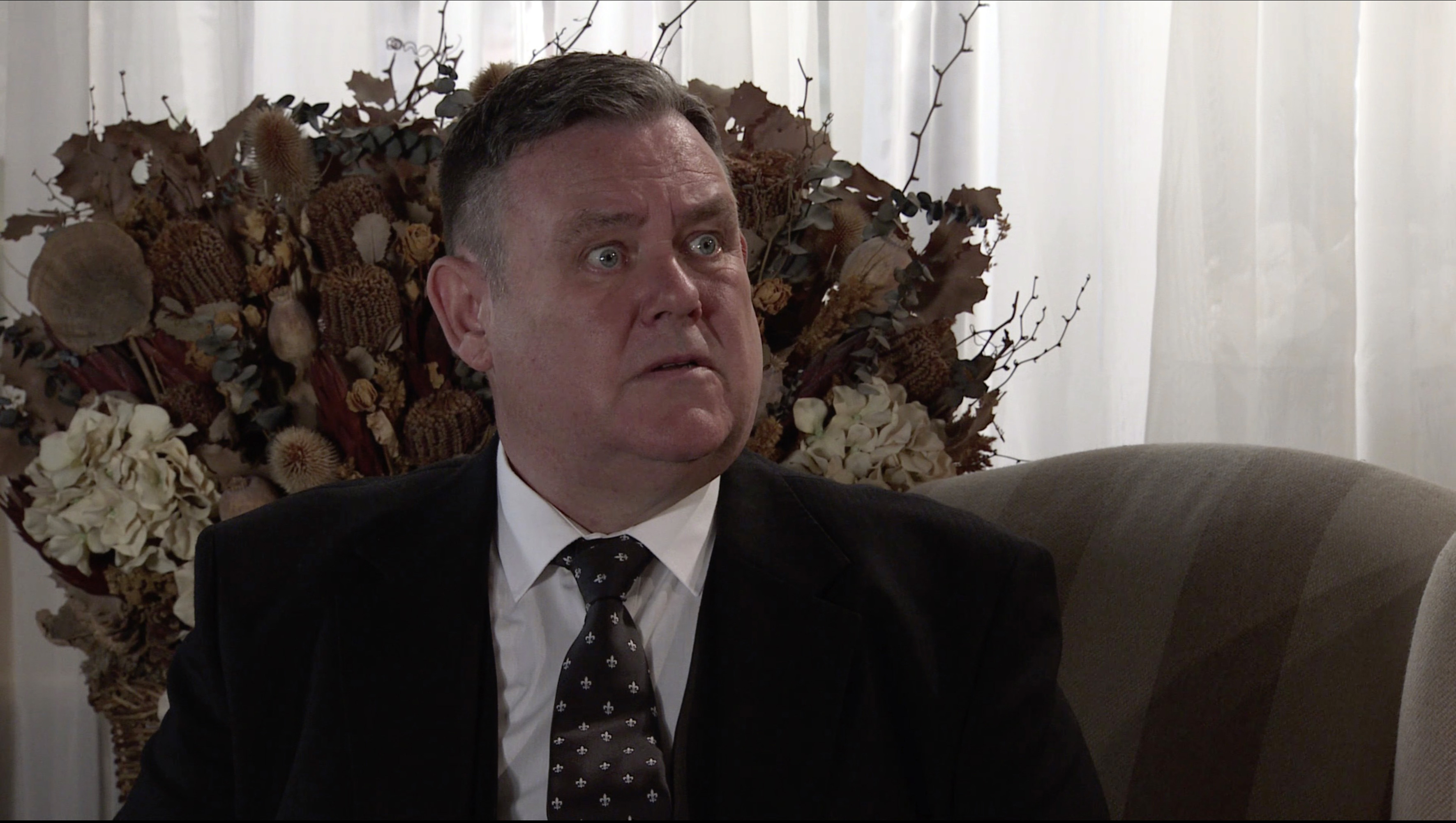 Next week, Todd tells George he wants to conduct a clearout of the storeroom at the undertakers to thank him.

George masks his unease when Todd emerges from the storeroom clutching a bizarre finding.

Todd shoves Pat Phelan’s ashes in front of George and demands to know what they’re doing there.

What will they do?

Viewers will remember evil Pat Phelan’s reign of terror, which ran from 2013 to 2014, saw him blackmail Owen Armstrong and Gary Windass before forcing Anna Windass into having sex with him.

He returned in 2016 and tied the knot with Todd’s mother Eileen Grimshaw while committing numerous crimes, including a string of murders.

He even tried to kill his daughter Nicola Rubinstein before being murdered by Anna in 2018.

He revealed: ​​“George is innocent, he gets embroiled in it.

“He hides something from Eileen which gives her the biggest shock of her life; I don’t know why he doesn’t expect such a big reaction.

“Yes, he is landed in hot water, poor George. This does involve one of Eileen’s most murderous old flames.” 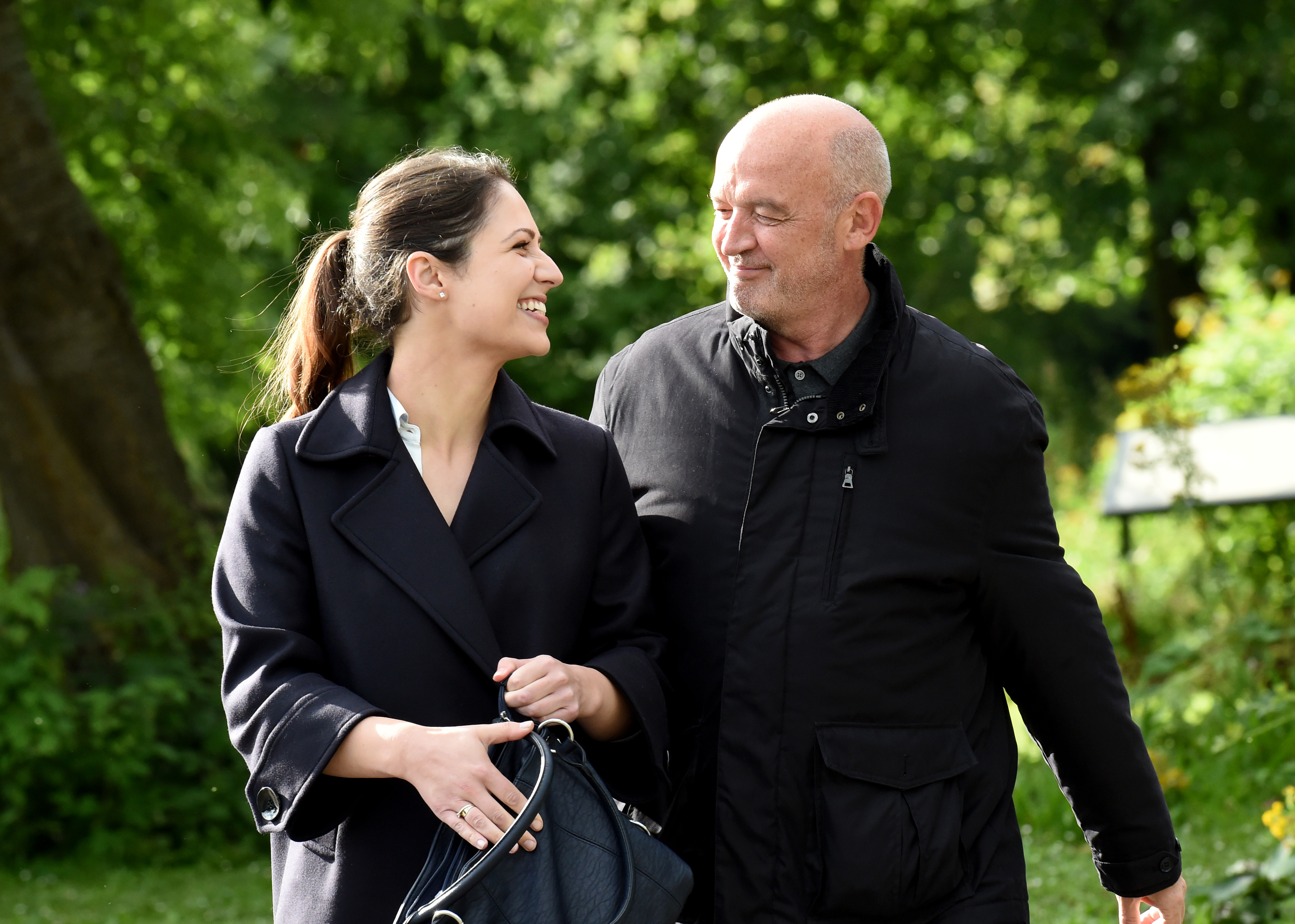