Peter (played by Chris Gascoyne) has never been the most faithful of characters on Coronation Street, having had numerous failed relationships over the years and embarking on more than one affair. The one person he has never been able to stay too far away from, however, is Carla (Alison King) as the pair have always ended up back in each other’s arms despite the challenges of life they have faced. It seemed nothing could break them apart following their reunion last year, but scenes airing last month on the ITV soap saw the demons of the former Underworld bosses’ past rise to the surface, forcing her partner to take action. As he struggles to comprehend what he might have possibly done, will he find himself gravitating back to a former lover on the cobbles?

In the midst of her paranoid state last year in light of the factory roof collapse, Carla fled Weatherfield and ended up residing in a squat.

What has emerged in recent scenes is she slept with one of the owners to keep the roof over her head and cost them a lot of money when she flushed a stash of drugs down the toilet.

All of this the businesswoman had forgotten until she came face-to-face with Chelsey (Isobella Hubbard), another one of the owners of the squat.

After she and her friend Jordan (James Boyland) tried to blackmail her over her past, the beloved character told her neighbours what she had done during her time away from the cobbles almost twelve months ago.

The mysterious pair then disappeared and it wasn’t long before the headlines on the paper read two people had been attacked and hospitalised, leading the former factory boss to question whether Peter had played a part.

It’s not yet been confirmed if he did orchestrate the beating, but if his pleas of innocence drive a wedge between him and his partner, will he turn to Toyah Battersby (Georgia Taylor) for support and end up sleeping with her? 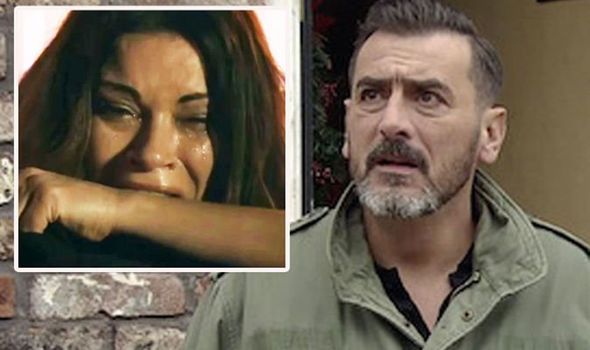 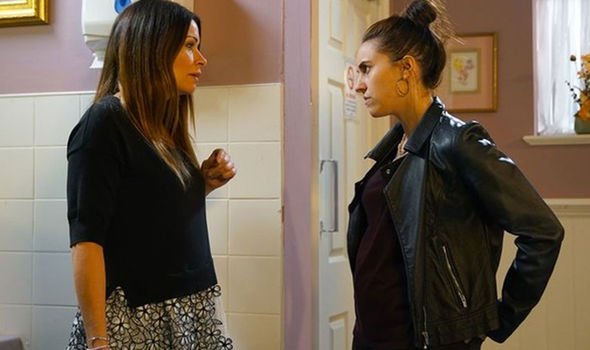 Toyah and Peter were in a relationship together back in 2017, becoming the new landlords of the Rovers Return pub when Steve McDonald (Simon Gregson) sold up shop.

It seemed they might have become the new power couple of the cobbles, before it emerged Leanne Battersby’s (Jane Danson) sister had tried to pass off Eva Price’s (Catherine Tyldesley) child as the couple’s baby after their surrogate miscarried.

Since then, they’ve rarely had anything to do with one another, what with the alcoholic now being with Carla and his ex in a committed relationship with Imran Habeeb (Charlie De Melo).

Though, they have had their own heartbreak of late as the pair have had to put their fostering plans on hold. 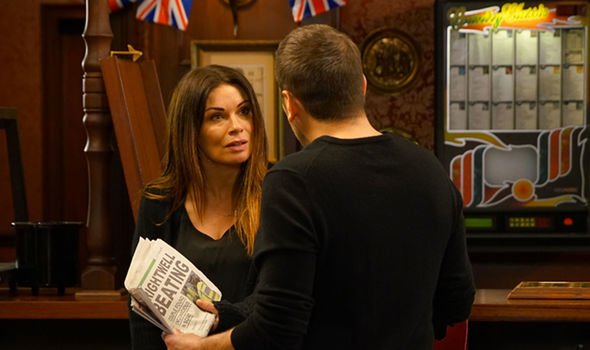 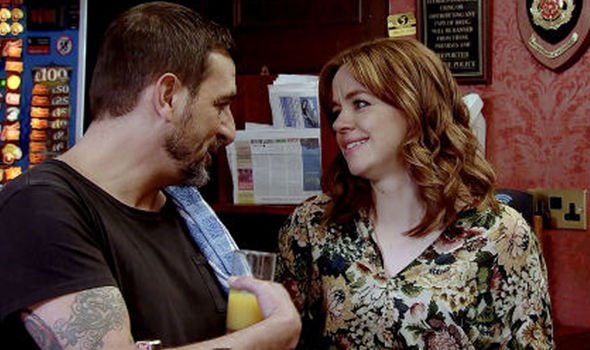 Recent episodes of the weeknight serial drama saw the couple reveal they were planning to foster a child as Toyah couldn’t carry a pregnancy full-term, meaning they were taking the next big step in their relationship.

However, when Leanne discovered her son Oliver Battersby (Emmanuel and Jeremiah Cheetham) had been diagnosed with the life-limiting condition of mitochondrial disease, Imran and his partner saw it insensitive for them to carry on with their future plans.

The eco-warrior’s sister had no idea what was going on and has since directed her anger over her son’s illness towards Toyah, leaving her completely shattered.

If she struggles to confide in her boyfriend about the extent of her sorrow over not being a mother, will she find comfort in the arms of Peter?

Hopefully we’re going to see more of them

Speaking on Good Morning Britain earlier this week, Toyah actress Georgia, 40, revealed whether she and Imran are in it for the long run.

The soap star said: “The character’s have actually been together for quite a long time. It’s coming up to two years I think.

“But a lot of that time we haven’t been together on screen, so Charlie in his role as Imran the solicitor, he’s been working a lot with Shelley [King] in the Yasmeen Nazir storyline and I’ve had my stuff with Jane which has been separate.

“So, we don’t always get to work together that much and hopefully we’re going to see more of that and more of them as a couple and see a development in that relationship.”

Lorraine Kelly, 60, chimed in as she said: “I always think with her, though, Peter was the one that got away but he is a bad lad. She has to stay away from him.”

However, although a passing moment, could the uncertainty of Toyah and Imran’s future and the discussion on Peter be hinting towards a big betrayal?

Earlier this year, soap boss Iain MacLeod teased Carla’s secret would put her relationship with her partner to the test.

“Certainly this will be a tricky time for Peter and Carla,” he told the press, including Express.co.uk, so is the love rat about to embark on an affair with his ex?