The residents of Weatherfield are no strangers to murder mysteries, with a number of deaths over the years sparking interest as Coronation Street villains past and present have made their mark. Although the disappearance of loan shark Rick Neelan (played by Greg Wood) has seen Adam Barlow (Sam Robertson) begin his own investigation into whether the criminal is dead recently, it seems the body of another former resident could be hidden in David Platt’s (Jack P Shepherd) garden. However, it might be his wife Shona Ramsey (Julia Goulding) who makes the discovery after she drops a big hint in an upcoming instalment of the ITV soap a corpse could be lingering in the sinkhole.

BREXIT BULLETIN: Sign up for our special edition newsletter with exclusive insight from this week’s crunch talks

A preview for Friday’s episode of the weeknight serial drama shows David, his sister Sarah Platt (Tina O’Brien) and Nina Lucas (Mollie Gallagher) all gathered around the large opening in the ground which has appeared out of nowhere.

Surveying the damage, the father-of-two asks: “How deep do you think it goes?” with his sibling urging him to be careful.

“Hey, are you checking for dead bodies?” Shona enquires, to which her husband and his sister look at each other in shock.

“Well, didn’t someone say there was a body buried here somewhere?” the former café worker remarks, with her spouse reminding her of the death she was referring to was “ages ago”.

There was, in fact, a corpse discovered on the Platts’ land when the authorities discovered former villain Callum Logan (Sean Ward) had been buried under the annexe. 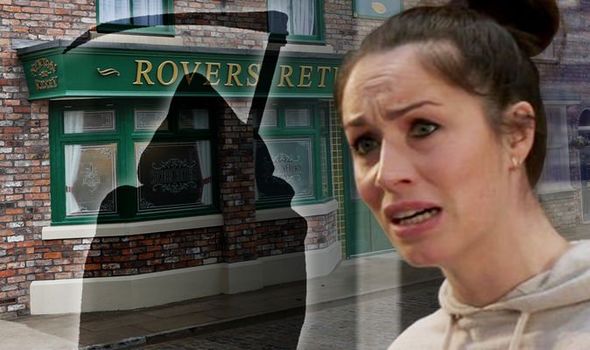 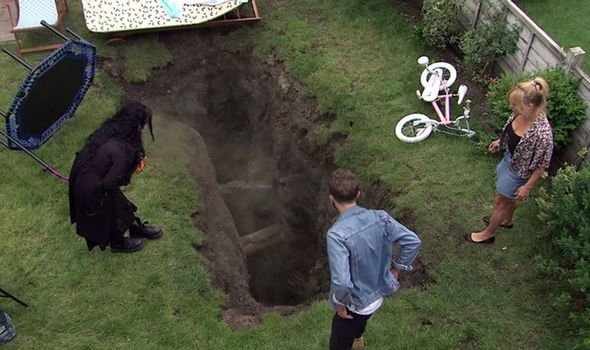 David and his late wife Kylie Platt (Paula Lane) hid the body there after the latter killed her ex in self-defence.

However, the murder was pinned on Jason Grimshaw’s father Tony Stewart (Terence Maynard) after he died and the Platts saw it as an easy way to shift the blame from their deceased loved one.

Continuing to talk about the mystery of the sinkhole, Shona says to her husband: “Well, there might be more [dead bodies].”

“There are no dead bodies, alright. There’s nothing done there,” her annoyed spouse remarks, telling her to “shut up” to “let him think”. 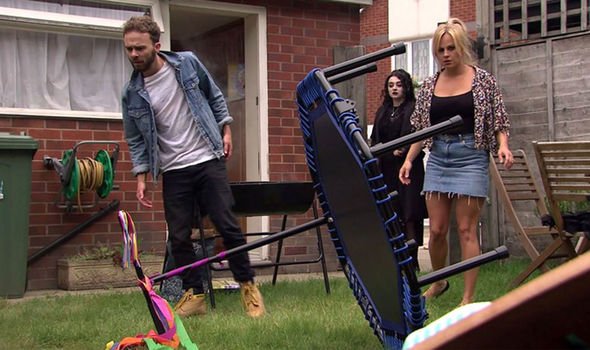 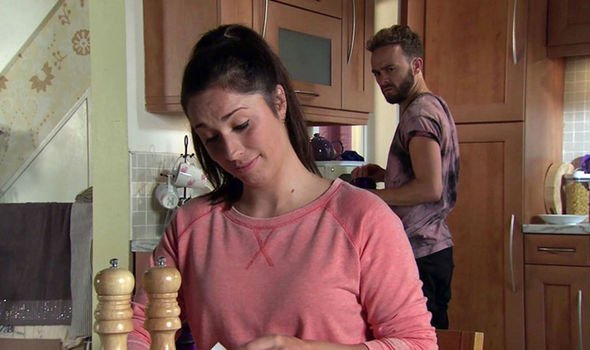 Upset her husband has flown off the handle with her, Shona retreats inside the Platt household, but could there be a reason David was so agitated by her suggestion?

Could he know there is, in fact, another body hidden within the sinkhole and doesn’t want anyone else to discover who it is?

The father-of-two has never killed anyone, but he has lived with mass murderers in the past as his step-father Richard Hillman (Brian Capron) claimed a fair few lives.

It was always thought the police had identified all his victims, but he could have secretly buried the body of another in the Platts’ back garden.

The only way David might have known about Richard’s dark deeds was if he caught him putting something into the ground.

After all these years, the father-of-two might have just made the connection his step-father was burying a body.

Not wanting his family to relive the horrors of what the villain put them through, Shona’s husband could be desperate to ensure they don’t discover the serial killer claimed another life.

However, intrigued to see if there could be someone lurking in the sinkhole, his wife could take it upon herself to carry out her own investigation.

If she does find a body, she could alert the authorities to the discovery, launching a murder investigation almost 17 years after Richard’s reign of terror on the cobbles.

With so much time having past, would the police even be able to identify the corpse and if it was indeed one of the villain’s victims?

Whatever happens, David and his family will be forced out their home and into one of the five-star hotels owned by ruthless businessman, Ray Crosby (Mark Frost).

However, the latter seems to have a dastardly plan on the brain as he tells the homeowner he will buy his house from him.

Does the sinister character know there is a body hidden under the ground and wants to start an investigation himself?