Johnny Connor (played by Richard Hawley) was so rattled earlier this year when Scott (Tom Roberts) showed up, he quickly ushered his wife Jenny Connor (Sally Ann Matthews) off to France for a romantic getaway. But ever since then, every time Scott is near, Johnny has been on edge. Tonight though, it was revealed Scott went to jail for a crime he and Johnny committed 40 years ago. But, it was hard for fans to ignore the blatant flirting between Scott and Jenny.

Tonight on Coronation Street it was revealed the reason Johnny was so wary of Scott was because they used to deal in crime.

“I didn’t come to track you down, it was a total fluke us bumping into each other again,” Scott explained to Johnny.

“And as for revenge, well what for?”

Johnny replied: “Scott, I let you go down for it. 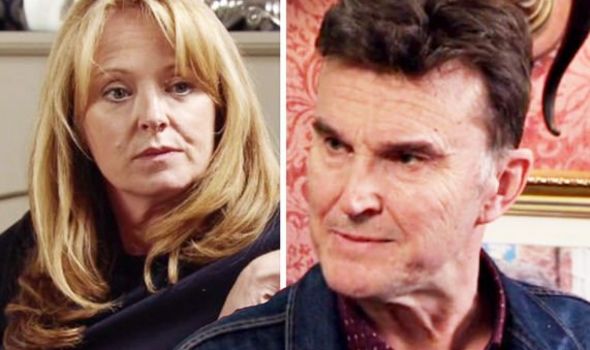 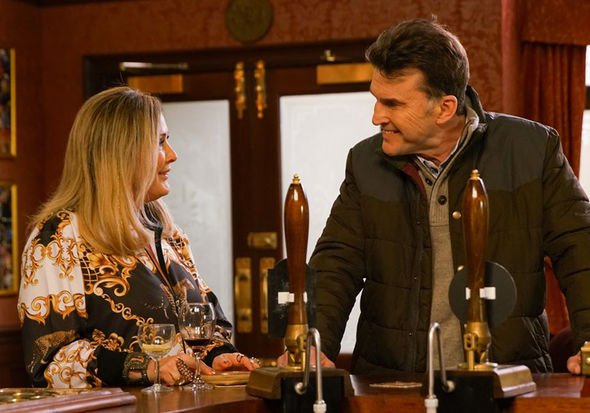 Scott interrupted and said he would have done the same thing if it had been the other way around.

The men were quiet but Johnny added: “Do you ever think about what happened to that security guard?”

Scott dismissed the idea but luckily they were both interrupted by Jenny who noticed the two men looked as thick as thieves. 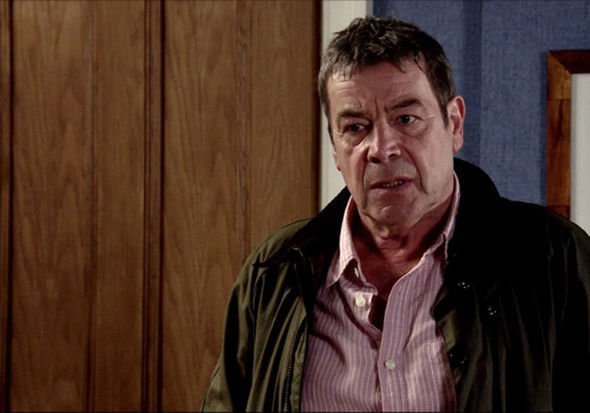 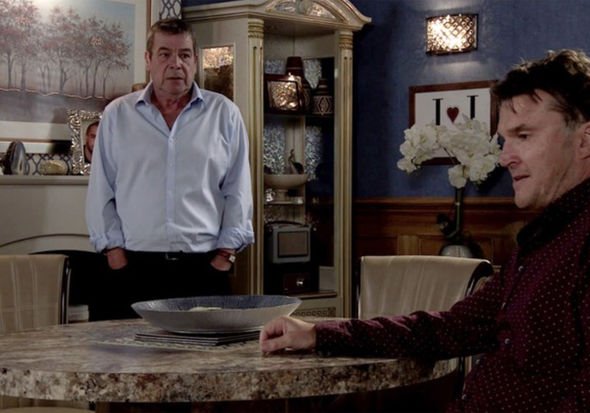 “You two enjoying yourselves?” Jenny asked.

Scott said: “All the more for seeing your lovely face.”

“Oh you flatterer, I bet you two had a right old trip down memory lane,” she added.

Scott turned to Johnny and said: “She’s a marvel, your missus, haven’t got a sister, have you? Preferably an identical twin?”

It was hard for fans to miss the underlying tension still simmering after the air was cleared though.

Johnny still looked uncomfortable and later remarked to Carla Connor (Alison King) how sometimes the past needs to stay in the past.

But, with the undeniable attraction between Jenny and Scott, it seems an affair could be on the cards.

Especially, as it’s still unsure whether or not Scott really has forgiven Johnny or not.

If Scott were in Weatherfield for revenge, Johnny’s family life would be a perfect place to start.

Scott could mention to Jenny what Johnny did to him all those years ago.

Jenny would feel betrayed, but also lose trust in her husband because, what else has he been hiding?

Jenny and Scott could run away together, leaving Johnny with some questions to answer.

Maybe Scott still deals in crime and is getting ready to set Johnny up for good to send him to prison like the Rovers Return landlord did to him all those years ago.

Is it time for the Weatherfield pub to find a new owner?