Coronation Street resident Todd Grimshaw (played by Gareth Pierce) will be back to cause trouble in Weatherfield after Billy Mayhew (Daniel Brocklebank) and Paul Foreman (Peter Ash) finally manage to find out his whereabouts. However, with Eileen (Sue Cleaver) sure to be shaken after coming face-to-face with her son once more, could the character soon deliver some surprising news about his brother Jason (Ryan Thomas), which could see him back on the cobbles once more?

This week, Billy and Paul will share their concerns for Todd with Eileen when they learn he’s been stealing from local gangsters.

After trying to break in to the Grimshaw household, Eileen finds a note from Todd, asking for a secret meeting at the old warehouse and they will finally reunite.

But, it doesn’t seem out of the question Eileen could Todd could get Jason back in the fold in the months to come.

Quizzed whether he’d be interested in exploring his relationship with his on-screen brother, Todd star Gareth seemed keen. 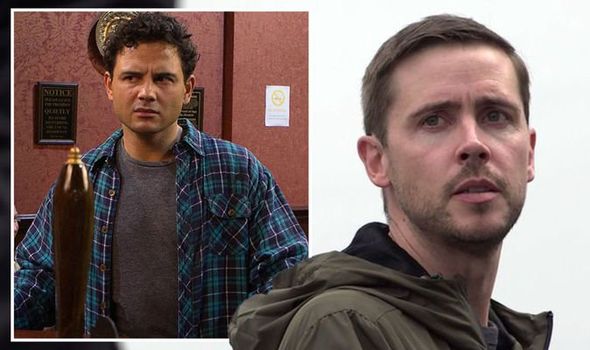 Gareth told Express.co.uk and other press: “Yeah, definitely, I mean, I don’t know, Ryan, we haven’t met or worked together before.

“And it’s really funny, actually, because the on-set family photos in number 11, in the Grimshaw’s house, all the Todd ones are pictures from my childhood.”

He then went on to reveal: “But then they mixed in with Ryan’s childhood Photos, as Jason so it does feel like there’s this brotherly kind of connection, even though we haven’t actually met! 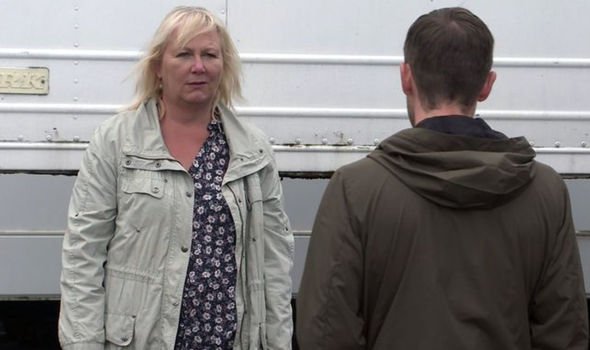 “I think it’d be really exciting to do that if that ever came about, but I don’t know anything about that,” he added.

Todd’s return is sure to cause a shift in the dynamic of Billy’s relationship with current boyfriend Paul.

But despite Todd saddened over the changes he’ll encounter, the actor pointed out his character won’t necessarily be looking to break-up the relationship in question.

Of Todd, Gareth said: “He definitely sees the ways that Paul has potentially become a replacement for Todd, in Billy’s life, and Summer’s (Matilda Freeman) life.”

“I think with Paul, it’s quite complicated really. Yes, he is an obstacle to Todd and Billy, being reunited.

“But I think Todd can also see how much Billy loves Paul, and how good Paul is with Summer, as well.”

And Gareth explained why this may not mean an end to Billy’s romance with Paul, adding: “They’re [Billy and Summer] two people that Todd really, really cares about.

“So there’s maybe a kind of a begrudging respect of all there as well. It’s not cut and dry, really. Yeah, it’s been exciting!” he admitted.

The star also teased an “emotional” reunion for Todd and Billy, with Gareth opening up on how they were able to achieve the poignant scenes.

He added: “Dan and I have been working hard on making sure that we got on and we’ve been spending a lot of time together and actually, when we got to do those scenes where they’re reunited, the emotion, that real kind of gut wrenching feel of those crept up on us actually and we got some real, genuine tears!

“The emotion came in quite naturally, actually, so we were encouraged by George, one of our directors in that block to really, you know, go with that and explore that.

“And I think, yeah, that has that’s been a real wonderful moment in in recementing the relationship is, is showing just how much it meant to both of them actually.”

Coronation Street airs Mondays, Wednesdays and Fridays at 7:30pm and 8:30pm on ITV.