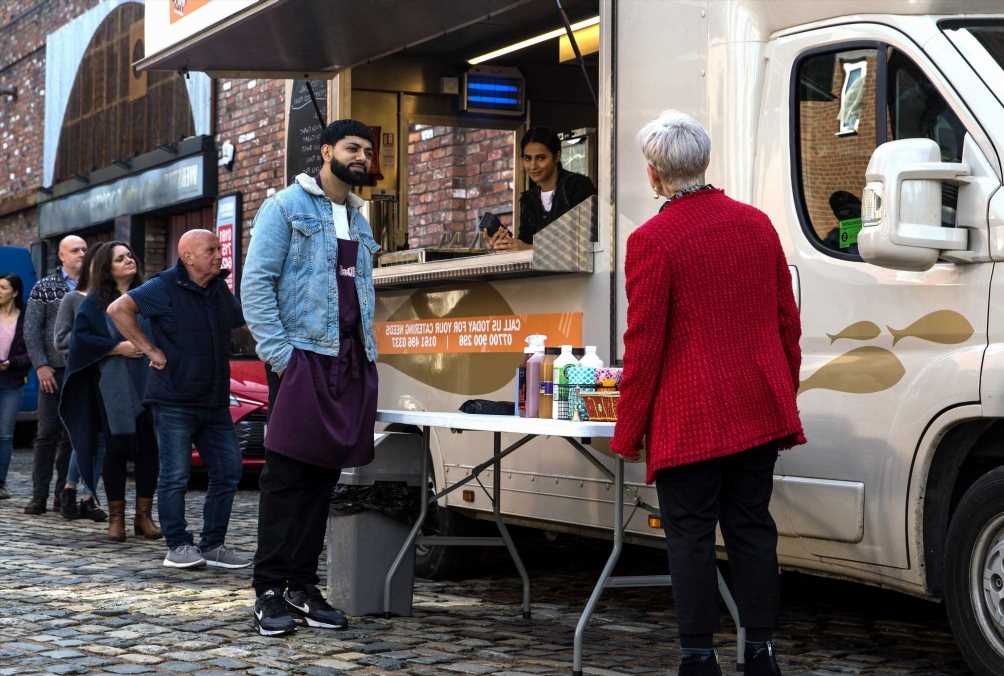 Rival restaurants Speed Daal and the Bistro will go head to head in dramatic scenes. 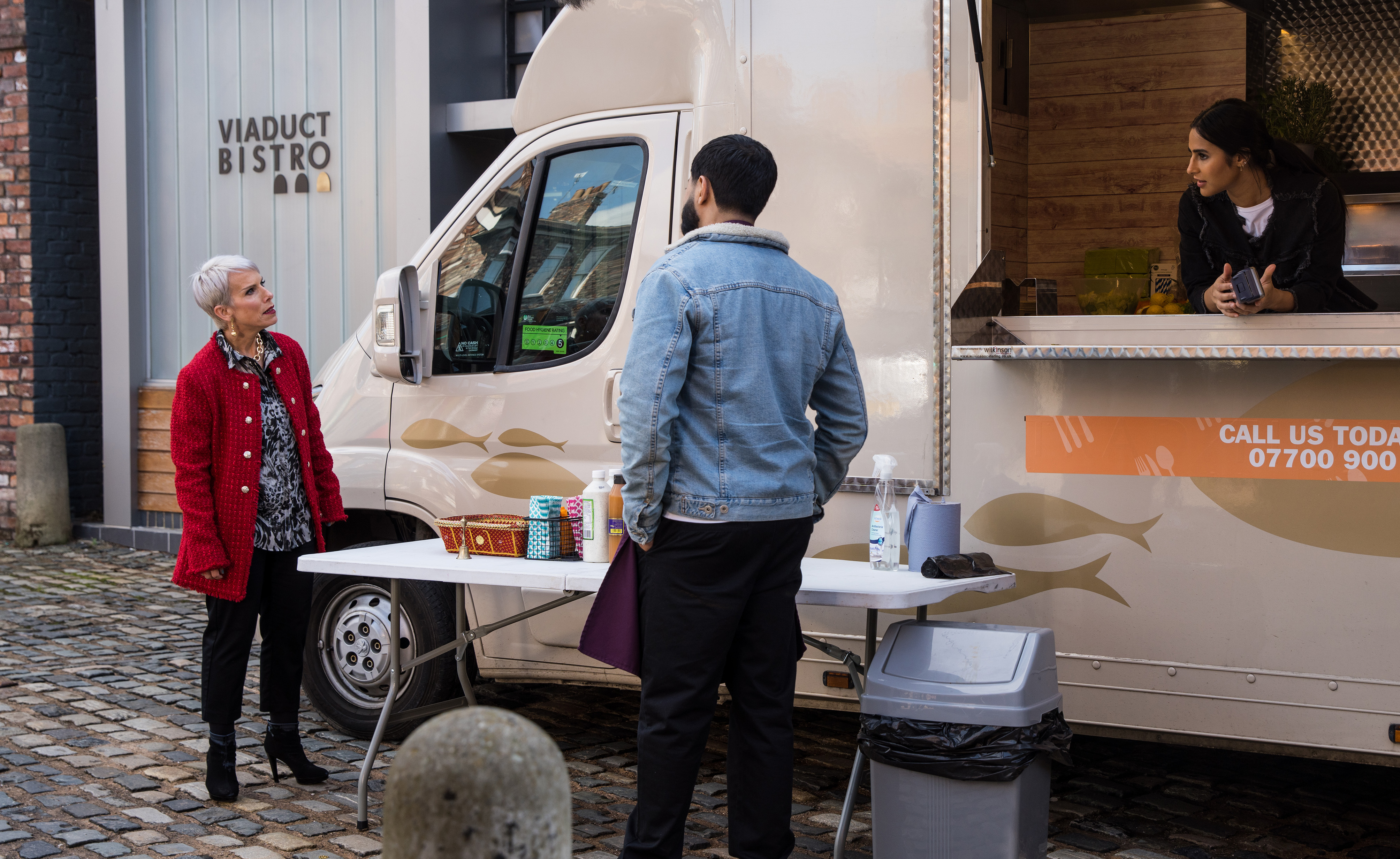 Corrie viewers will remember that Speed Daal was Zeedan’s business venture back in 2018.

However, later that same year he handed over the reigns of the family business and left Weatherfield to start a new life after splitting from his wife Rana.

Zeedan returned to the cobbles earlier this month and next week he makes a plan to have a promotional tasting night.

However, when Debbie gets wind of his idea, she tries her best to sabotage the evening.

When Zeedan realises how woefully few bookings there are for the tasting, he heads out to drum up some more interest and teach Debbie a lesson.

Later, Yasmeen and Alya break the news to Zeedan that they’ve had a number of last-minute bookings, but that the chef has called in sick.

Zeedan comes up with a solution and hires a food van.

Debbie hits the roof when she spots Zeedan selling half price curries from their food can parked outside the Bistro.

Later, things only get worse for Zeedan as he spots his father-in-law, Hashim, chatting to Yasmeen in Speed Daal.

Viewers know that Zeedan recently told Alya and Yasmeen that Hashim is threatening to kill him after he left his wife.

Could he have bigger fish to fry than dealing with Debbie? 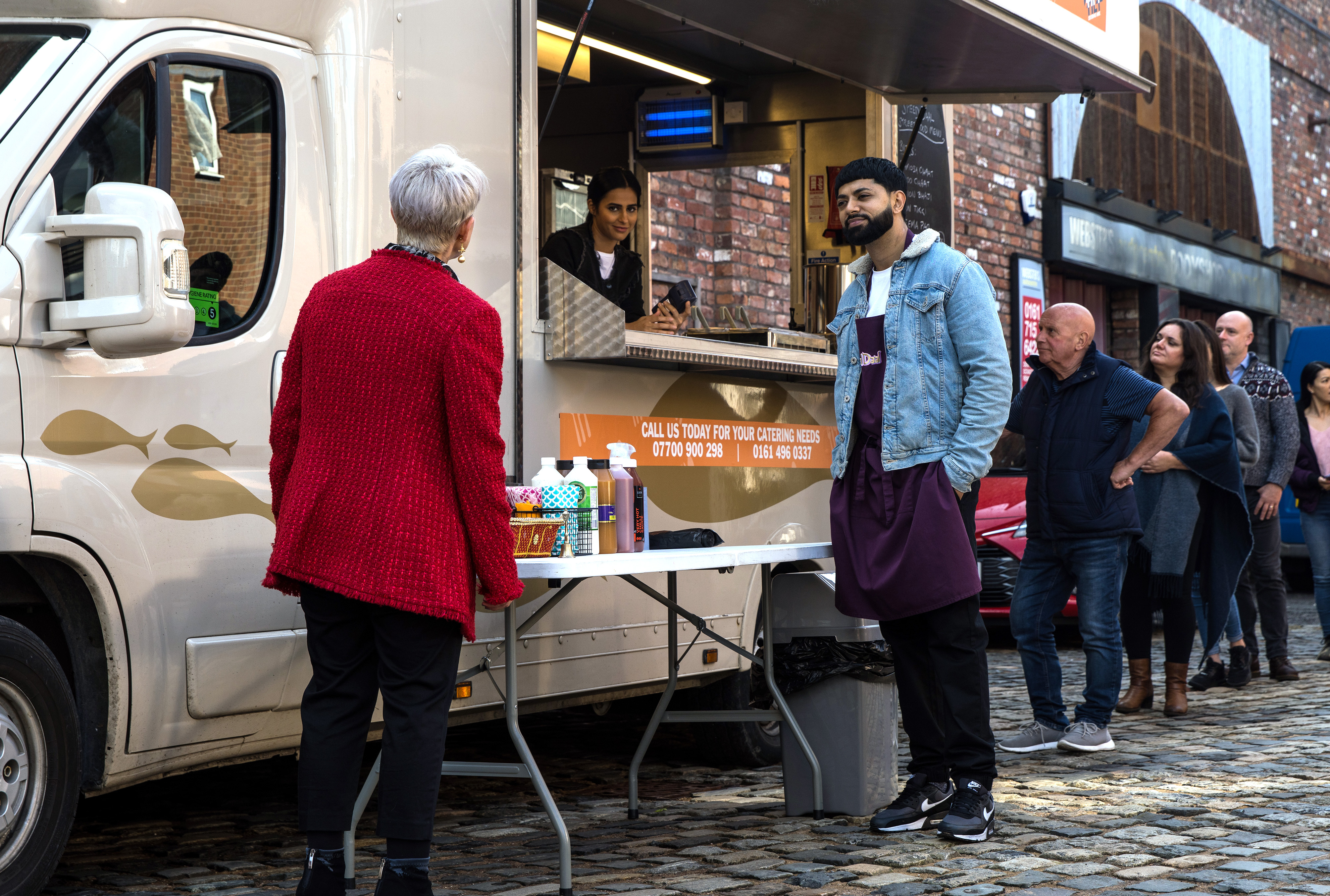