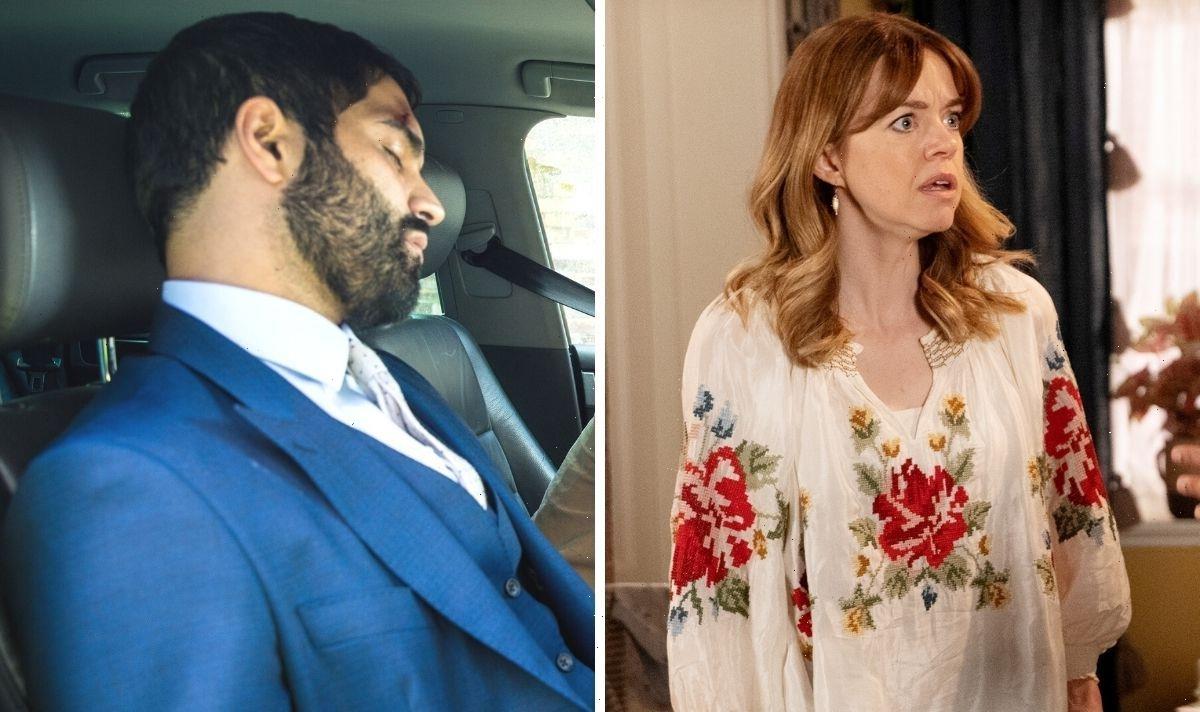 Over the past few months, Coronation Street fans have watched Toyah Battersby (played by Georgia Taylor) not only come to terms with Imran Habeeb’s (Charlie de Melo) infidelity, but also have to deal with a custody battle with Abi (Sally Carman). It was a bittersweet moment for Toyah in recent episodes, as her dream of becoming a mother finally came true, but little does she know the lengths Imran went to, to gain custody of Alfie.

The solicitor was also forced to come clean to Toyah when he realised Abi was getting ready to flee the country with their son.

Imran begged his love not to go to the police, which left Toyah rather confused and so she confided in Leanne Battersby (Jane Danson).

“It just doesn’t make any sense, all along he’s the one that’s been pushing for this, for us to get custody. I swear if he’s been lying to me again, I’m gonna kill him.”

She then asked Leanne to watch Alfie while she went to the police to come clean about everything.

However, when Imran realised what Toyah was doing, he jumped in his car in a bid to stop her.

Before leaving, he left Toyah a sweet message to try and defend his actions towards Abi.

He began: “Look, you don’t know the whole story, there are things about me that you don’t understand.

“But everything I did, I did for you, I did for us. For the life that we always dreamt of, but I did it wrong. I did it so wrong, I’ve ruined everything.

“The mistakes and lies, they catch up to you eventually, I mean I should know that, shouldn’t I? I defend those who have learnt that first hand.

“I never thought it would be me in the dock. I never meant for any of this to happen, I am sorry, I am so sorry.”

Luckily for Imran, he arrived at the police station just in time and managed to convince Toyah not to say anything to the police.

However, things took a dramatic turn when Toyah insisted on driving back as she claimed to Imran she’d only had one drink.

Although, moments later, viewers watched in shock as Toyah crashed the car, leaving them both unconscious.

“You know what the police are like,” he reassured. “She’ll have to wait and then she’ll have to make a statement.”

Leanne continued: “She said she would be back, and he’s going to need feeding. I might give her a quick call.”

However, following the episode, viewers took to social media to share their thought and theories on what could happen next.

Some predicted Toyah had a plan to kill Imran all along, while others think Kevin tampered with the car.

Grianne theorised: “‘Abi was gonna run off with Alfie, Kevin was helping her. Imran doesn’t want me to report it. He suspected, didn’t he? If she comes anywhere near him. I swear if Imran’s lying to me again I’ll kill him’- Famous last words there potentially Toyah.” (sic)

User @blackpink tweeted: “So he told Toyah the truth while driving home and she gets angry at him, not paying attention she crashes into the scaffolding…”

While Zoe said: “So does this mean that Imran dies so he doesn’t get to tell the truth and then Toyah ends up keeping the baby #Corrie.”

“So Toyah gets Elsie back but still wants to keep Alfie. Toyah really is so selfish. She only kept Alfie because she lost Elsie,” Ryan added.

Wini questioned: “Huh?!!! What kind of ending was that? How did they end up in an accident?! #Corrie.”

Doreen said: “Is Kev going to be up on charges for fiddling with the car? #Corrie.”