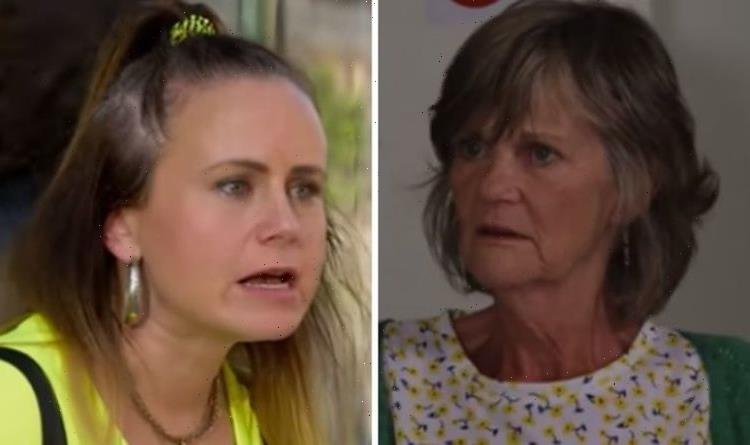 Coronation Street: Corey is found not guilty of Seb's murder

Gemma Winter (Dolly-Rose Campbell) soon realised that her son had gone missing when she frantically tried to find him and get him to his cochlear appointment.

Soon, she found Freda barricaded inside the community centre and signed to Gemma that she was busy.

Through the aid of an interpreter who arrived to help Freda at Norris Cole’s (Malcolm Hebden) funeral, Gemma tried to speak to Freda about what happened and tried to get her son back.

Hearing about the ordeal, Chesney joined Gemma as the pair attempted to get through to Freda and eventually got their son back.

However, they ended up missing the appointment.

Viewers weren’t happy that the kidnap heavily involved Freda and the comments regarding the deaf community.

One viewer tweeted: “I love #Corrie, and I understand the writers were trying to show what a difficult place the new world can be for those with hearing loss.

“I’m hard of hearing, but I’m not sure the character, Freda, really helped the cause tonight #deafness #hearingloss.”

Another user commented: “Although an important story, this is ridiculous, Freda had kidnapped someone else’s child!!”

“Corrie were doing a very good storyline highlight some of the attitudes towards people with disabilities,” a third user quipped.

“#Deaf but when Freda stole the baby, meaning he’s missed his appointment that HIS parents decided it loses the credibility as it became something else #Corrie.”

A fourth user complained: “Deaf culture is so interesting, but this storyline is a mess, they’ve just made Freda look like a crazy kidnapper.”

“Freda has single-handedly put the deaf community back 50 years, nice one,” another agreed.

The number of complaints that this episode received, however, doesn’t mean the show has broken any guidelines.

Ofcom will decide in due course whether any investigation into the storyline is warranted.

The teen was on trial for his role in the death of Seb Franklin (Harry Visinoni), who was beaten to death in a brutal hate crime back in May.

Viewers were enraged with the verdict given, with many taking to social media to voice their frustration.

The episode in question saw the jury return with a verdict, following a week of tense proceedings with Kelly Neelan (Millie Gibson) also being on trial, who eventually was found guilty.

In spite of the fact, Kelly didn’t kill Seb, and it was, in fact, Corey, he was set free, leaving grieving mum Abi Franklin (Sally Carman) heartbroken.