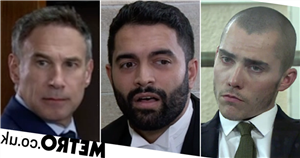 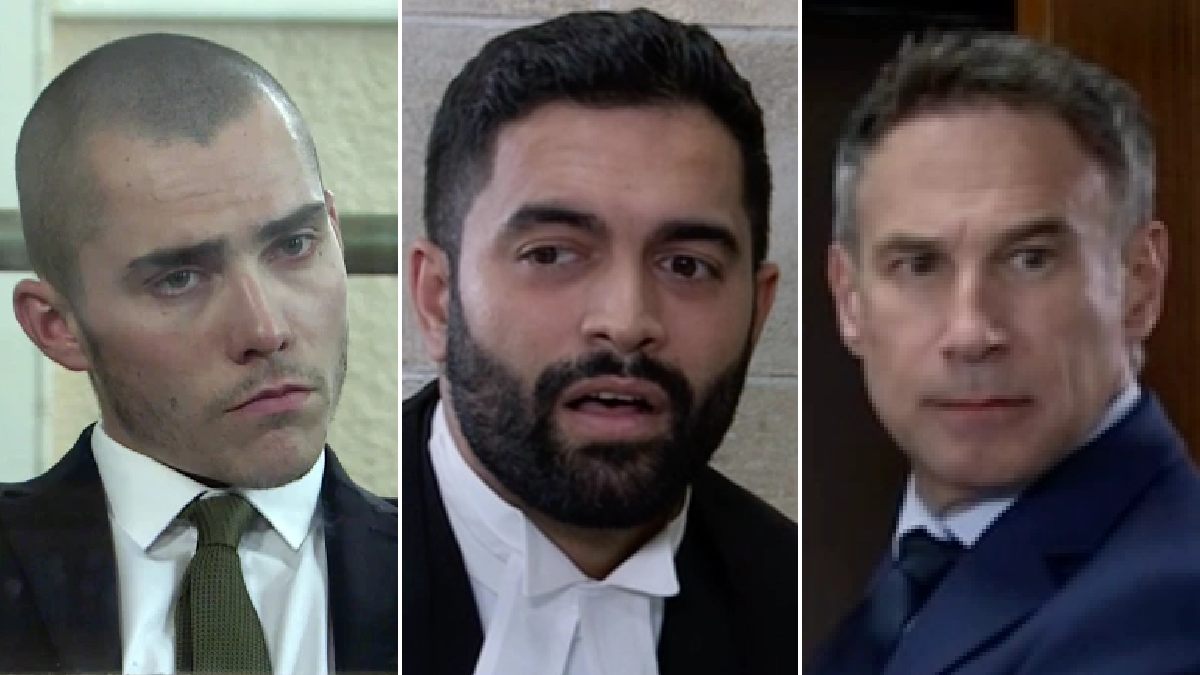 Imran Habeeb (Charlie De Melo) lost all hope of securing Kelly Neelan’s (Millie Gibson) freedom in Coronation Street. That is, before he made a shock discovery at the eleventh hour that could change everything!

The trial of both Kelly and Corey Brent (Maximus Evans) continued during tonight’s (September 6) double-bill of the ITV soap.

It was Kelly’s turn to be cross-examined, and emotional scenes ensued, as the teen burst into tears while re-living the events of the night of Seb Franklin’s (Harry Visinoni) death.

‘Corey kicked [Seb] in the back and he fell,’ she told Imran. ‘And I laughed, but only because I thought they were messing about. I didn’t think it would go any further.

Kelly told the jury how vile Corey left Seb motionless on the floor before departing, and explained that she stayed behind.

‘I was going to call an ambulance,’ she added. ‘But then he started moving and I panicked. I know I shouldn’t have ran, but I thought that if he saw me he would’ve thought it was me.

‘By the time I caught back up to Corey, he told me to keep my mouth shut.’

Sabeen subsequently had her chance to cross-examine Kelly, and she did not hold back, suggesting that Kelly had more than enough motive to attack Seb, given that she admittedly wanted to impress Corey.

‘On the 6th of April 2020, you shared a video of your friend Asha, Corey’s girlfriend,’ said Sabeen. ‘You shared it to everyone you knew via your mobile phone.

Imran was rendered speechless by his ex-wife’s line of questioning, knowing that things were not looking too good. He had one more trick up his sleeve, and that was Laura (Kel Allen), Kelly’s mum, who had agreed to give evidence.

Laura is notoriously unreliable, especially when it comes to matters concerning her daughter, but she surprisingly delivered a heartfelt testimony, telling members of the jury that Kelly is simply not capable of violence.

Kelly was impressed with her mum’s kind words, as was Imran, but the duo had little chance to celebrate, as Sabeen was given the opportunity to cross-examine Laura, with devastating results.

Referencing Laura’s recent brush with the law over child neglect, Sabeen told the court how the unreliable mum had instructed her solicitor to brand Kelly as ‘violent, unpredictable and aggressive’.

Imran’s heart sunk, knowing that this was simply not good. What’s more, Laura ended up backing up those claims while on the stand, in order to save herself from a perjury charge!

Hope was all but lost, but that didn’t stop Imran from delivering a compelling closing argument, telling the jury that Kelly refrained from going to the police out of fear she would not be believed due to her background.

‘She didn’t have a father,’ he said, ‘or an army of lawyers protecting her, like Corey did, telling her what to say so as to not incriminate herself. She only had the TRUTH.

‘But she thought the system was rigged against her. Please, don’t prove her right on that count.’

With Sabeen having delivered an equally good closing statement, all Imran could do was wait, as Kelly’s fate now lies in the hands of the jury.

It was clear, however, that the lawyer was concerned – especially in the wake of Laura’s damning testimony.

But things took a surprising turn, as Imran later overheard a private conversation between Corey, Stefan (Paul Opacic) and Sabeen, with Sabeen reiterating that, if Stefan bribed any witnesses he’d better have ‘covered his tracks’.

A breakthrough, at last.

Imran headed straight round to see Abi, who has been desperately trying to prove Stefan’s corruption.

‘You were right,’ he told Abi. ‘Stefan bribed that witness! I heard him and Corey talking.

‘[The police] are not looking hard enough. I think [Stefan] knows his son is guilty. I don’t think it sits easy with him.

Imran pleaded with Abi to stay out it, but promised her that he would ‘find something to nail’ Stefan with.

Will Imran succeed in his mission? Will he find proof that Stefan bribed Eli’s dad? If so, will he be able to do so in time for the verdict?

Kelly’s future could depend on it!

What’s more, without Eli’s testimony, Corey’s defence could fall apart, which in turn could result in the killer paying for his crimes.