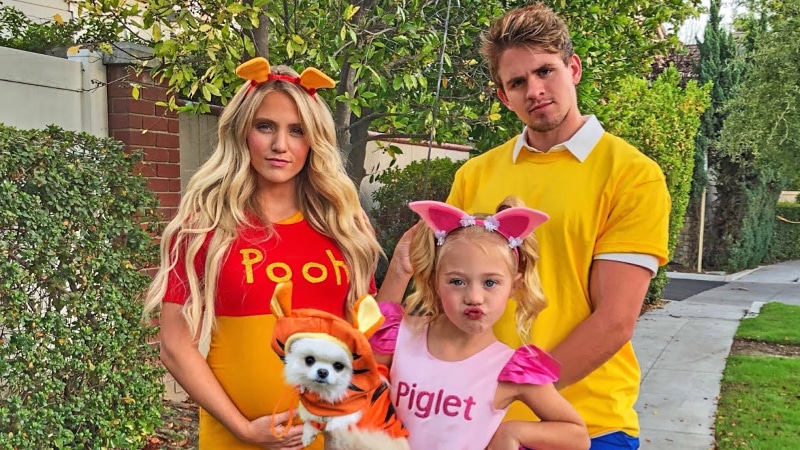 YouTube couple Cole and Savannah LaBrant are expecting a baby — but when is her likely due date?

Savannah posted an ultrasound photo on Twitter earlier this year, pictured below, which revealed it was carried out on June 18 and that she was 11 weeks and three days pregnant at the time.

Using an online pregnancy calculator, we can figure out that her due date is January 4, 2019 — although she could easily give birth before or after that — and that fertilization probably took place around mid-April.

Cole & Sav found out they were expecting a baby girl back in July, and call her “Baby P”. Fans are also helping them pick out a middle name, choosing from Monroe, Paige, Rayne, Eve and Savannah.

On December 14, Savannah will technically be considered to be full-term and would be okay to give birth. The reason why this is relevant is that Savannah has had a rough pregnancy.

On October 8, 2018, the couple shared an update from the doctor’s office, revealing Savannah had tested positive for gestational diabetes.

According to Health Line, gestational diabetes is a condition that occurs in 20 per cent of pregnancies due to a possible hormonal imbalance.

Essentially your body produces a high level of hormones during pregnancy, which affects your placenta.

The hormones help you sustain your pregnancy. However, on the downside, they can also start making your body resistant to insulin, the hormone that regulates blood sugar. The couple shared the news in an emotional video.

Sav has continued to update fans on how she’s dealing with it, and has revealed that’s only allowed to eat vegetables and chicken for the remainder of the pregnancy.

In late October, the couple announced that Savannah was having early contractions. These turned out to be Braxton Hicks contractions, which take place as the uterus to gets ready for birth. They are not uncommon, but can be painful and can result in the baby arriving early.

However, there have also been some positive and happy updates from the couple. Not only is Savannah’s 5-year-old daughter Everleigh Rose getting ready to be a big sister, but Cole’s reaction when he first felt the unborn baby’s kicks was priceless.

Savannah LaBrant and her husband Cole LaBrant run the YouTube channel Cole & Sav. Savannah is the mother to Everleigh, and the unborn child is Cole’s first.

The couple joined YouTube on August 23, 2012, and have been sharing videos from the family ever since. They have a total of 7.3 million subscribers and they have over 1.7 billion views.

Fans can look forward to Savannah and Cole welcoming a daughter into the world near Christmas or early January unless she goes into labor early.