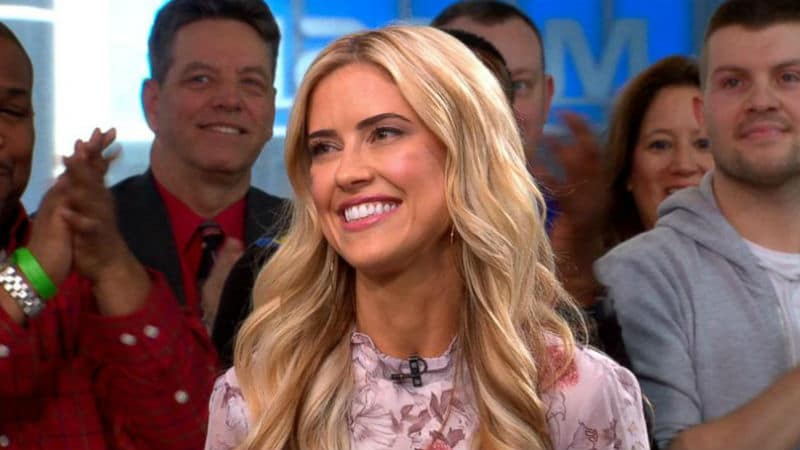 Christina El Moussa seems to be on top of the world right now. It is definitely a different scenario for the HGTV star than when she made headlines back in 2016. With everything falling into place right now, she is definitely becoming a star in her own right.

Back in 2016, Christina El Moussa and her ex-husband, Tarek El Moussa were thrown into the public eye and heavily scrutinized. He had a very public explosive fight with her over allegations that she was having an affair and from there, things spiraled downhill.

Flip or Flop was doing well for the HGTV network and their falling out had collateral damage. While it was not canceled, there were rumors the show could be pulled at any given point. Christina El Moussa was rumored to want to break out on her own, something that has taken place this year.

Last June, Christina El Moussa announced she was getting her own spin-off from Flip or Flop. It is titled, Christina on the Coast and will air on the HGTV network. According to In Touch Weekly, El Moussa was spotted out filming for it already.

Christina on the Coast is slated to air on the HGTV network in 2019. Apparently, she has been all smiles while filming and looks happy as she is doing something she loves and has wanted to do for a long time.

Tarek El Moussa is reportedly bitter that his ex-wife was offered a spin-off while he wasn’t given anything. Flip or Flop was picked up for another 15 episodes recently, but the reaction wasn’t exactly what he had hoped it would be. Unfortunately, Christina El Moussa appears to be the breakout star.

At this point, no more information about Christina on the Coast is available. They are currently filming the first season and in that, it may be several months before the show makes it on the air.

Christina on the Coast is coming to HGTV in 2019.

Next post 6 TV episodes that were *supposed* to be finales