Earlier this year, Megan McCubbin made her Springwatch presenting debut alongside step-father Chris Packham. Now, she has returned, with the live episodes of BBC’s Autumnwatch, as she and the other presenters bring viewers up to date with the animals in their back gardens and across the countryside. But, how did Megan and Chris cope with being in lockdown together? Well, it seems Megan’s culinary enjoyment was Chris’ pet peeve.

Speaking about the time they were forced to live with one another in the confines of Chris’ house in the New Forest, Megan said: “In lockdown, Chris cooked a grand total of two times: a frozen pizza and some kind of plain tomato pasta.

“He’ll argue that I didn’t wash up enough, but I was cooking every night, and I definitely washed up more than twice!

“He doesn’t have time to cook, and he doesn’t see the point.

“Food is just an energy source; you consume it, then get on with your main purpose of the day. 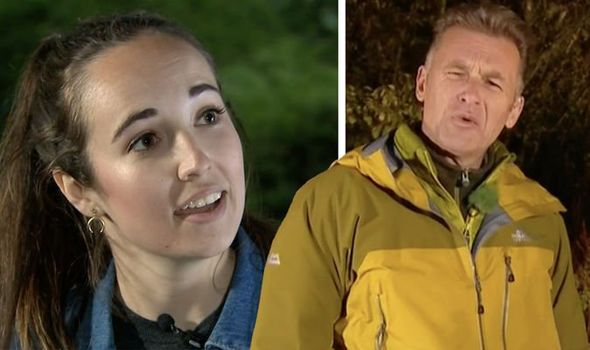 “Whereas I’ll spend hours in the kitchen, experimenting and creating a dish,” she continued.

But what did Chris think about Megan’s meals?

“The one thing she did in lockdown that got on my pip was make a mess of the kitchen,” he revealed. 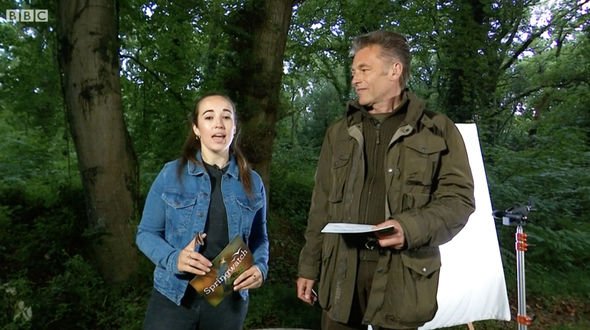 “Why make pastry? You can buy it pre-made. You get out the flour, you put it on the worktop and it goes everywhere – the floor, your clothes, the poodles.

“I’m not a mess-maker. Flour is the work of the devil,” Chris told Radio Times.

Megan moved in with Chris because her mother worked for the NHS.

With her wanting to continue working, Megan made the temporary move to the New Forest. 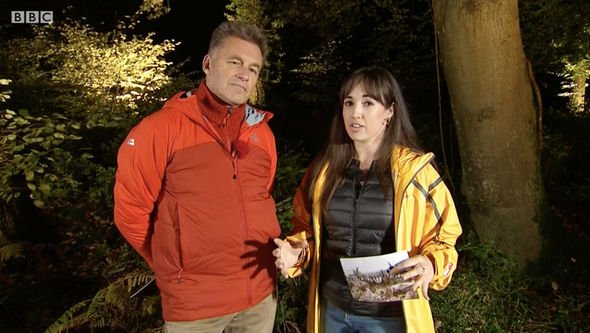 And it seems she is yet to leave!

Tonight, Chris and Megan were back in the thick of nature discussing the latest from the New Forest.

Viewers tuned in to see the badgers leaving their burrows to foredge for food.

But that was not the only thing that was caught on camera, as a bat also appeared.

Alongside presenting on-screen, Megan also has a passion for nature and animals, with a background in zoology and animal photography.

As well as appearing on Springwatch and Autumnwatch, Megan has also been involved in his environmental campaigns.

She has also joined Chris on several protest marches.

Earlier this year, Chris launched an online birdwatching community and Megan has been playing a huge part in the project, engaging with the online community.