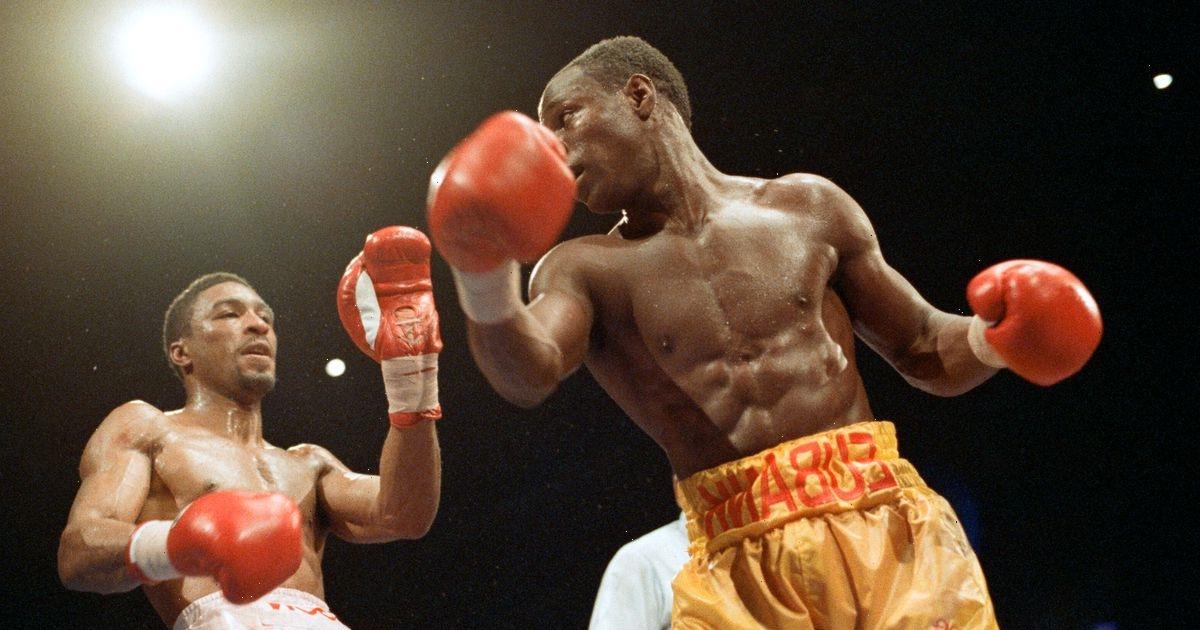 British boxing legend Chris Eubank has been showcasing his culinary skills as he appears on Celebrity MasterChef.

The former professional boxer is confident that he'll have success in the cooking competition.

He said: “My cooking now, there are no words, on the show I cook one simple dish. It knocks even me off my feet.

“The proof is in the eating and I can remember Gregg saying, ‘I can’t work you out, but this is really good.’

“This was very simple food that I’m told most people don’t like, until obviously they taste mine.”

Although he's currently showing off his skills in the kitchen, Eubank is best known as a talented boxer.

He started competing in 1985 and secured the WBO middleweight and super middleweight champion titles during the peak of his career in the 90s, before retiring from boxing in 1998.

But throughout his successful boxing career, there's one horrifying regret that Eubank has had to live with: his fight with Michael Watson.

Here's everything you need to know about Eubank's infamous fight.

Eubank had narrowly defeated Watson during their thrilling 12-round first fight in June 1991 and the pair faced off against each other just three months later.

They met at White Hart Lane stadium in London, with both boxers hoping to take home the vacant WBO super-middleweight title.

What happened in the Eubank and Watson fight?

The rematch proved to be just as fierce as the prior fight, but after 10 rounds Watson was the one leading.

In round 11, Watson was on the verge of victory as he knocked Eubank down with an overhand right 18 seconds from the end of the round.

But moments later, Eubank was back on his feet and delivered a devastating uppercut to Watson's jaw right that knocked him backwards, causing him to fall and hit the back of his head against the ropes.

Watson returned to his feet and the match continued but the referee stopped the fight just seconds into the final round.

But as Eubank celebrated his victory, a tragic accident was about to unfold.

Minutes later, Watson collapsed in the ring, but there were no paramedics on site.

A delay in medical personnel arriving to the scene meant that Watson remained on the ring floor without oxygen for eight minutes before doctors arrived.

It was another 20 minutes until the boxer got to the nearest hospital.

The accident was near-fatal and Watson spent 40 days in a coma and underwent six surgeries to remove a blood clot that had formed in his brain.

The match was career-ending for Watson, but there was also fears that he would never recover as for eight months he was unable to hear, speak or walk.

However, he had an incredible recovery after spending a year undergoing intense rehabilitation and a further six years in a wheelchair.

He recovered movement slowly and was also eventually able to speak and write.

What happened between Chris Eubank and Michael Watson?

The devastating fight has created lasting trauma for both Eubank and Watson, but the pair went on to become close personal friends.

In 2003, Watson completed the London marathon to raise money for the Brain and Spine Foundation.

The former boxer walked two hours each morning and afternoon for six days to complete the marathon and finished the race alongside his neurosurgeon and Eubank.

In 2021, Eubank tearfully broke down about the harrowing fight with Watson during an episode of Piers Morgan's Life Stories, but Watson confirmed that he had forgiven him.

Eubank struggled to contain his emotions as he told Piers: "I don’t know whether I can even make sense of what happened. Him having to go through what he’s gone through and to still be here.

"I can’t tell you how sorry I am. It’s the only thing I regret in my career."

But from the audience, Watson shouted his support to Eubank.

"I love you Chris. Let's move on. We are born warriors, we are real. God bless you Chris.

"This could have happened to anyone. It was a sheer accident."

*Celebrity MasterChef airs tonight at 8pm on BBC One