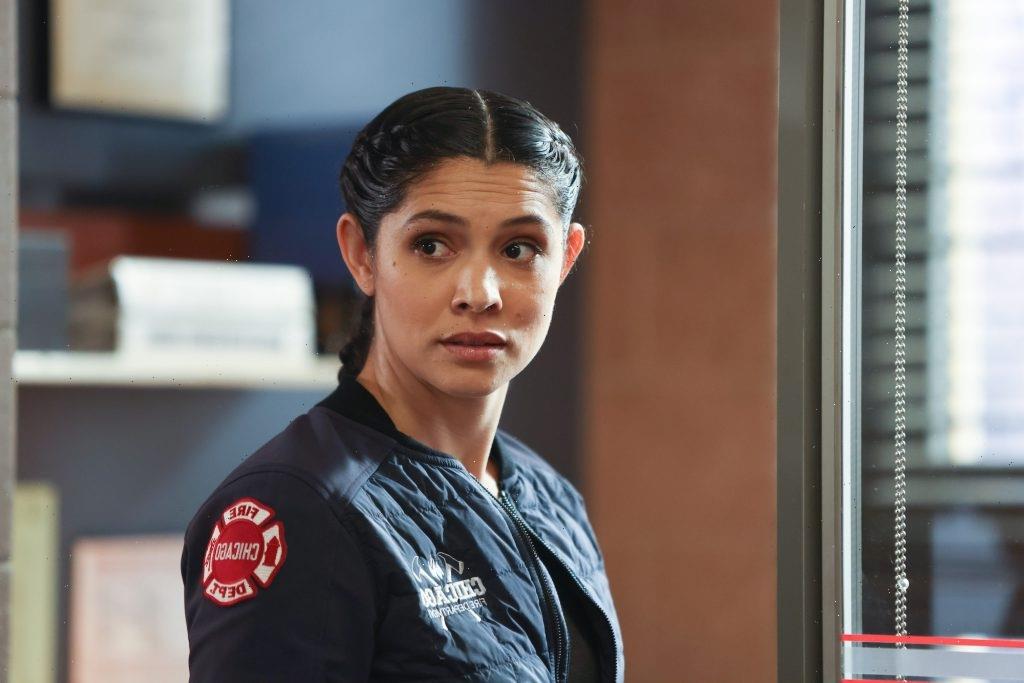 Chicago Fire just wrapped up its ninth season with a finale that was, as promised, intense. It also leaves a lot of questions unanswered. Since the show’s writers have shown that they’re not afraid to kill off popular characters, those loose ends have fans nervous.

One of the things viewers are wondering about is what’s going to happen to Stella Kidd, played by Miranda Rae Mayo. Stella has earned a promotion and gotten engaged, so everything should be coming up roses for her, right? Actually, Mayo herself admitted that she’s worried about Stella’s future.

What happens to Stella Kidd on Chicago Fire?

Mayo has played Stella since she first came to Firehouse 51 in the fourth season. She showed up as a newly divorced woman who was enjoying her life. Over the years she’s become a fan favorite as she weathered the ups and downs of life on Chicago Fire. Distractify reports that Stella recently passed the exam to become a lieutenant, opening up the opportunity for her to advance in her career.

On top of that, she and her longtime on-again-off-again boyfriend Kelly Severide (played by Taylor Kinney) are finally engaged. With her career and her love life falling into place, it seems like the future is delivering everything she’d hoped for. Or is it?

As Entertainment Weekly reports, Stella’s good news comes with complications. She’s now eligible to be promoted, but there are no positions available at Firehouse 51. In order for her to move up, she’ll have to go to another station.  Does this mean that Mayo is leaving the show?

Because Kinney’s contract ended with the ninth season, and it hasn’t been announced if he will return next season, some fans wonder if this is setting the stage for both of them to leave together. Mayo says she hopes this isn’t what’s in store for Stella, because she’s just not ready to let go, telling Entertainment Weekly:

“Fingers crossed. I’m not ready [to say goodbye to Stella]. There’s just a part of this industry though that I think it’s healthy and good to practice detachment by really embracing the impermanent nature of life. And how everything changes and everything grows. So, no matter what happens, this has been one of the most transformational experiences of my life. But, you know, you always gotta be ready for what might happen.”

What’s next for Stella?

If fans were hoping that the season finale would settle their nerves, they were wrong. TV Insider explains that the season wrapped up with more questions than answers. Stella was left wondering where she will be placed as a lieutenant. She explained that she can’t imagine finding another station that’s as good as 51.

Severide let everyone know that he and Stella are now engaged, and naturally, everyone was delighted for them. But then to ratchet the tension up even more, Severide, Cruz, Tony, and Capp were called to a water rescue. They dove to save a man who was caught on a sinking boat. Just as they were about to free him, the boat shifted, and they were all trapped. The season ended with them running out of air.

Fans are anxiously waiting to see who will make it out of the boat alive. Is this how Severide is written out of the show, or will he and Stella make it to the altar and get married? And what will happen next in Stella’s career? Like any good season finale, Chicago Fire has viewers on the edge of their seats, waiting to see what the next season will bring.

How to Stream 'The Matrix' Online