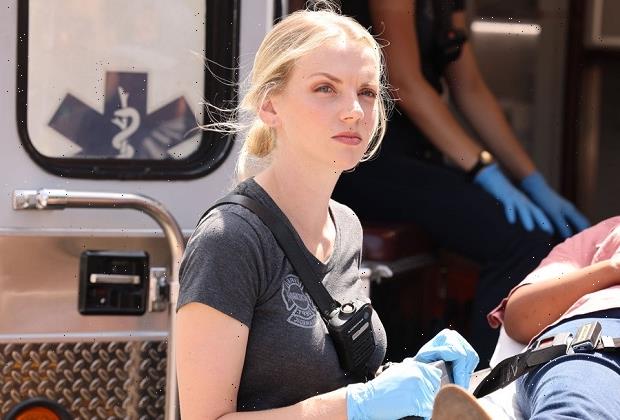 Breaking up is hard to do, and moving on from the heartache of it has been even more difficult for Chicago Fire‘s Sylvie Brett ever since she split up with her boyfriend Matt Casey in the Season 11 premiere.

The decision to end their relationship was a tough one for Brett, who told Casey that the timing just wasn’t right, even though the two love each other. Following the breakup, the paramedic has put her focus solely into work and helping her friend Violet deal with her own tragic loss. But Brett will soon attempt to take a small step forward, romantically.

“Brett will date again!” co-showrunner Andrea Newman tells TVLine. After some encouragement from Violet in the Nov. 16 episode, “she meets someone that has a surprising connection to the past, and she’ll go on her first date since Casey left.”

That’s not to say that Brett is ready to give her heart over to someone new. “Falling in love again, though, is a whole different issue…” Newman adds.

Asked after the season premiere if Brett will remain single for a long time to give people time to mourn the romance between Brett and Casey, Newman replied, “A long time is subjective, I guess, but she’s in love with Casey. There’s no doubt. You can’t just shut that off. So that’s gong to be something she’s struggling with as she tries to move forward.”

Chicago Fire airs Wednesdays at 9/8c on NBC. #OneChicago fans, how do you feel about Brett moving on? And who do you think is her mystery date?