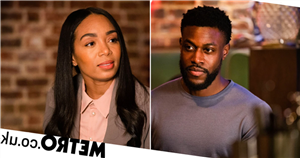 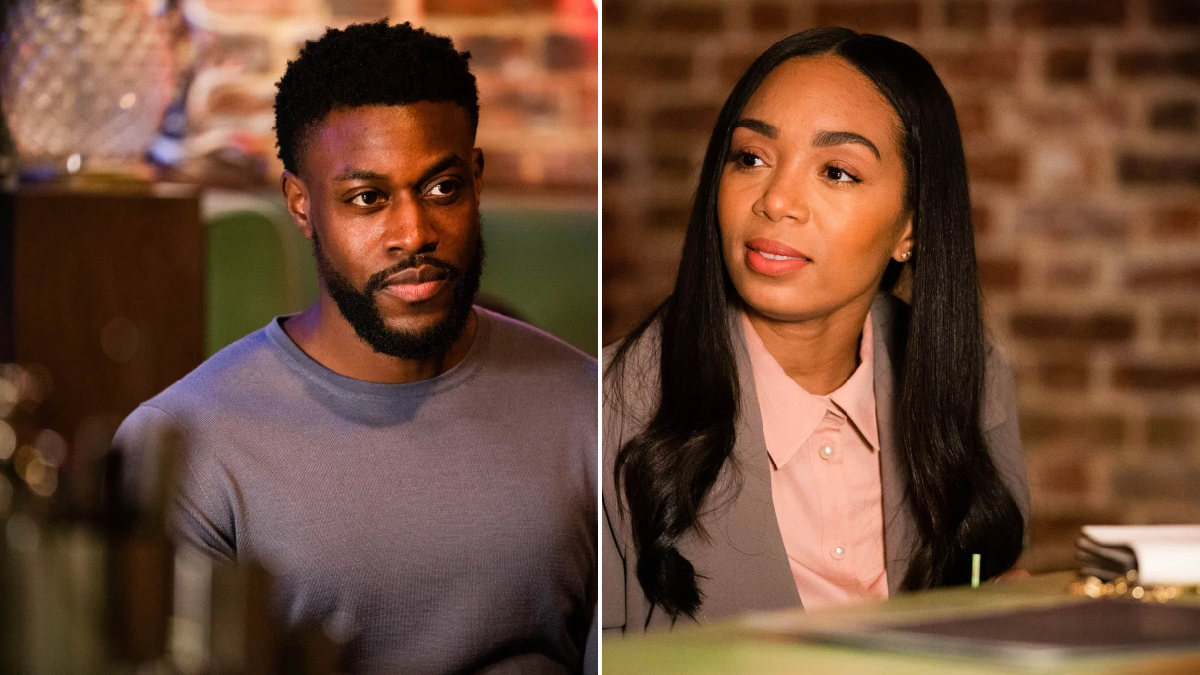 EastEnders newcomer Wayne has bitten off more than he can chew when he dares to break the heart of Kim Fox-Hubbard (Tameka Empson) – by trying his luck with the equally fiery Chelsea Fox (Zaraah Abrahams).

As Chelsea immediately knows what the love rat is up she is disgusted and decides that not only should Kim know – but that they should both teach him a lesson he won’t forget.

Wayne mate, you had this coming!

Kim has had a spring in her step since hooking up with Wayne but he’s less the dream man and more Wayne the pain.

After stirring up feelings in Kim, she thinks she may have a guy for keeps. But he then goes sniffing after Chelsea and arranges a date in the bar with her.

But Chelsea instantly knows he’s a sleazebag and plots her revenge.

Will she tell Kim what a rotter her new man is? And will the ladies join forces to have their revenge?

Either way, we reckon that Wayne might regret messing with these two…

EastEnders airs these scenes on Friday May 28 at 8:35pm on BBC One.